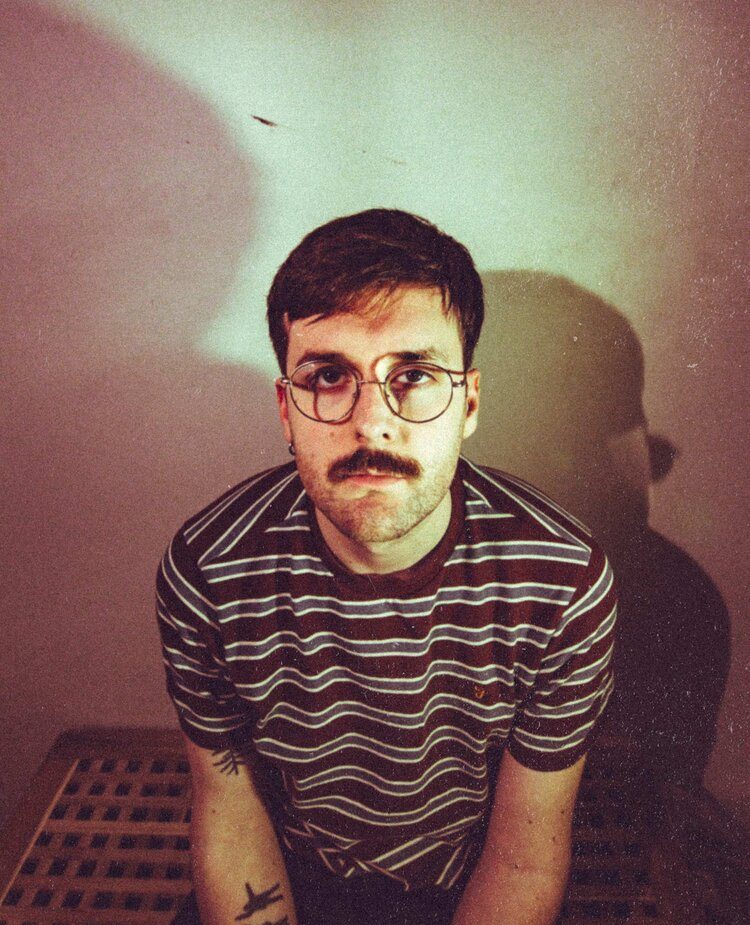 Hi Spelks how are you?

I’m quite well thank you very much! Considering the uncertain times we are living in, it is situations like these where I really appreciate music for what it is. Wether it be the process of writing, or just listening to a favourite record, if I feel like I’m teetering on the edge of an anxious chasm, music can guide me back to safety. So that’s good, thanks music!

Your new single The Happy Places has just been released, can you tell us the themes contained within the song?

This track is about agoraphobia. Something I have dealt with, to varying degrees for the best part of ten years. The song, lyrically took inspiration from watching old family holiday videos, that I am lucky enough to possess from the 1960s. Seeing my grandparents in the early stages of starting their family, seemingly care free and so happy. Although I know they had their own worries, it just looked like such a nice place to be.

That place and feeling felt out of reach, beyond the limits of my anxious bubble. So I starting thinking about the pursuit of happiness from our internal reserves, as opposed to searching for it through material possessions/travel/experience. That might sound quite imposing, but in all honesty, these lyrics sometimes start as phonetic nonsense & eventually start to find cohesion and sense. It might sound gloomy, but there is an upbeat message in there. It isn’t an admission of defeat against anxiousness, it is a celebration of the vast power we have in ourselves and a call to then use that power to get out there and be brave.

I would say that most of my songs follow the same process, generally. My phone is filled with voice notes, of little melodies, lyrics and drum beats. Inspiration can come from anything and nothing, Ive had drum beats come to me from the rhythm of a football being kicked against a wall, or melodies from detuning my guitar and playing something I would never intentionally play. Weeks or months later, I can revisit these notes, with new ears and add meat to the bones at home, some songs come effortlessly, where as some are a real slog. But I appreciate and respect both. My happiest times are when I write something that excites me, if my music doesn’t excite me, I would never expect it to excite anyone else!

What are the difficulties an independent artist faces today?

I try to not look at things too pessimistically, I have subjectively better recording facilities in my bedroom than The Beatles ever had at Abbey Road. That is something I think about often. Making a living from music, certainly is very hard, but as an independent artist today, the tools are in our own hands and I like it that way.

I think within the last few years, certainly in the UK a conversation has started about mental health. My contribution to that is my music, I’m not saying I’m the anxious poster boy (although that would make a great album title) I just feel like my music at least, comes from a sympathetic point of view, I share my worries lyrically and aim for a positive message in the end.

As a musician from the North east can you tell us how your community inspires your creativity?

I could talk all day about Newcastle and the North East. We certainly have our troubles, as everywhere does. But they feel heavily out-weighed by our community spirit and for me, the music scene. There are so many examples of when a North East artist does well, and takes other artists from the area along for the ride ( A recent example of that would be the incredible Sam Fender) We support, advise and carry each other. Get yourself along to the Ouseburn (The bohemian home of Newcastle’s music scene) and you’ll see it, everywhere.

Too many! I feel really lucky to be a part of the current crop. I have to mention A Festival, A Parade. They have their latest single Big Screen TV out 07.05.20, it is just a brilliant combination of frantic gritty guitars, heartfelt lyrics and pop sensibilities.

I’ve also got to mention Hector Gannet, the best live band in the North East for me at the moment, check out their single All Hail, All Glory!

My answer to this, changes every day. Today I’m going for…

For those who haven’t seen you play live, what can people expect from a live Spelks performance?

For now, Spelks is purely a recording project. Recording is where I really whittle down and define what I want Spelks to be and how I want it to sound. I want to do that justice live and that will take time.

I have another single lined up for a release later in the year. We have a really wild video to go with that release, I can’t wait for everyone to see it. With how the world is right now, I have no idea what else will come of this year, but I am always writing and recording, so I’d expect some more releases, artwork and merchandise to show up throughout 2020.