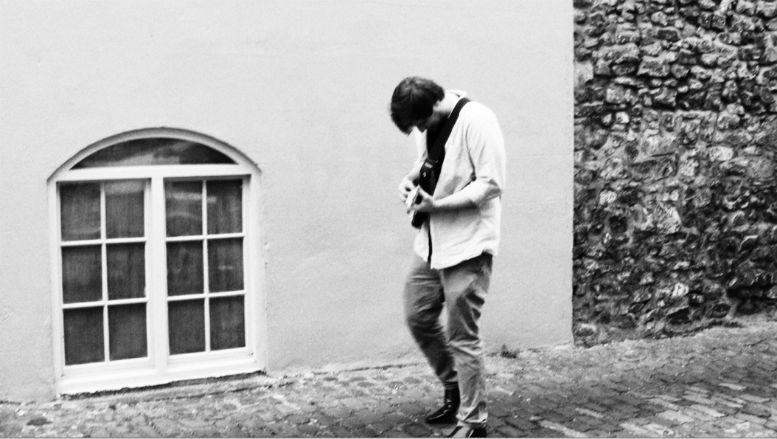 Sam Brockington’s new single ‘Follow’, out now via Prospect 21, it showcases his refreshing songwriting skills – drawing influences from folk, blues and soul – and his “big blues voice”. The catchy tune is about the struggle between friendship and individuality…

Really good thanks! Been gigging all weekend and just finished a session with 3 amazing singers, lots of harmonies, which always make me feel good!

In five words, how would you describe your sound?

Music scene in Bristol is huge right now, from gigging round the UK I’d say it’s only second to London for gigs. And the music coming out of Bristol is what makes it for me. For a small city it has a huge variety of genres of music coming out that makes the scene what it is. Plus the talent is incredible, it’s a competitive place to gig as there are so many good acts playing here.

Out of London, Melbourne and Bristol, where has been your favourite place to live and why?

I’m gonna have to say Bristol purely based on the fact I have decided to live here longest. I love them all, Melbourne gave me the start of my solo music career, being in a place where busking is appreciated on every corner. They even had a busking festival on the street I used to live on. London is the greatest city in the world for me, but only for a weekend! I decided not to move back there this year even though it makes sense for gigging, living in Bristol makes it worth the commute.

Basically it’s about relationships with close friends and how they have influenced me as a person and also about how close friends grow further apart but still rely on each other. All kind of masked in metaphor!

I always seem to give a different a answer to this question because I keep changing my mind, there are so many! This time I’m gonna go with Bill Withers because I think we could write a real catchy/soulful tune together.

Big plans for 2016. Debut EP/Tour in Spring followed by another busy summer of festivalling. First date of the tour is confirmed, starting in Bristol on 4th February!

You played a hefty amount of festivals last year! Which was your favourite?

Favourite festival had to be Glastonbury! Seems the obvious answer but it really was pretty surreal to be booked for it. I had been to a lot of festivals before, but never Glasto till this year and it changed my perception of how a festival should be. It’s so on point with booking the best breakthrough acts and is just a loving atmosphere!