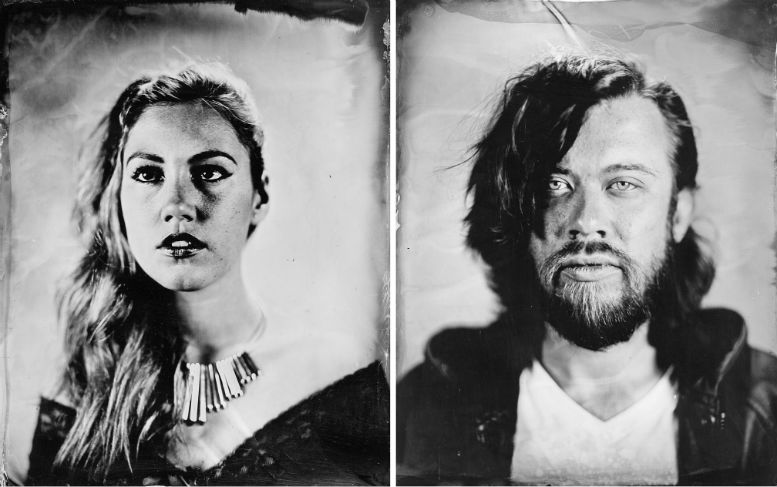 Hailing from the historic capital of Hobart on the rugged island of Tasmania, Cal Young and Calypso Brown are are now ready to bring their fresh brand of “blissed-out pop” to UK shores.

Can you talk about your forthcoming debut EP?

Our EP was started in July and put together in about 6 weeks. After our first single both of us were itching to get back into the studio and just write whatever came to mind. It was a really natural process, no added pressure just pure inspiration and love with what we were crafting. We’ve been asked a few times how to describe our sound but its literally too hard for us to know, it just comes out and we hope everyone else likes it.

We prefer to leave it up to the imagination of the listener but what we can say is theres definitely our past influences coming through. A bit of 90’s rhythmic house, psychedelic electronica and a touch of Nordic soundscapes.

Both of you have an extensive history… Calypso as ‘one to watch’ at Edinburgh Fringe Festival and Cal as producer for over 10 years….So, what has been the hardest part of being in the music industry for you?

Money, mostly. We’ve both been in some pretty cool projects and had our music go quite far but that doesn’t necessarily mean our pockets will be full of change. It’s been said before countless times, by countless artists but it is so hard to make money in this industry especially in Australia.

Granted, if you have the support from the Triple J juggernaut, then perhaps you’ll be in for a smoother sail but if you aren’t the next Flume or Chet Faker be prepared to be in for a hard slog.

One major thing we’ve both learnt from our experiences is that to never do anything for free, its hard enough trying to pay rent on time than to have some promoter tell you this gig will be “good promotion for you” with a zero fee. Its so crazy how some people just simply don’t understand how much work goes into everything. 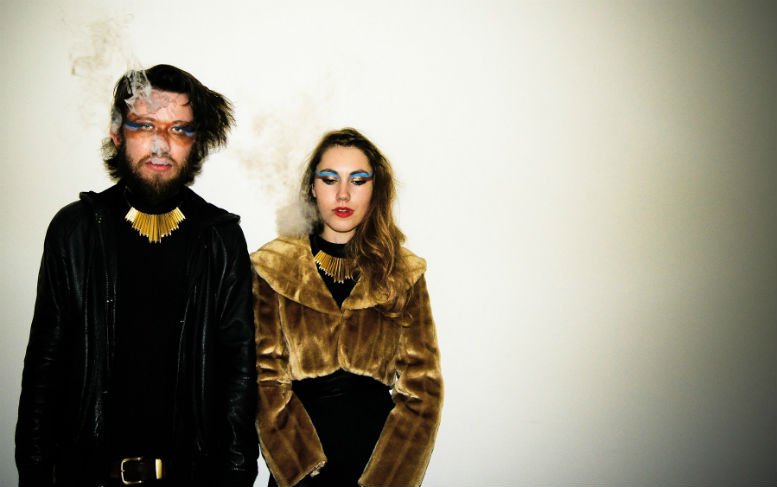 By the way, why did you call your project S L O W?

S L O W is an amalgamation of our names. After sitting on the idea for a while and continuing to write, the name stuck because we felt that it would suit the new vibe we were going for. Its like a burger. Calypso’s letters on the outside are the bun holding my letters in place like a beef patty and as ridiculous as that sounds, it strangely represents how we work.

We met many years ago and since then we’ve always talked about working on music together. At the start of the year we began producing Calypso’s solo EP and during that time we thought heavily about collaborating on a song together. It started off as a fun project to do on the side but became something we wanted to pursue further.

The music scene in Tasmania, especially Hobart has quite a close-knit community of artists. Its small but packs a lot of punch when it comes to live music. There are only a handful of venues here and most of them are very eclectic with tastes and styles so even though we do have a small reach of places to go, theres aways plenty of variety. The one thing we love most about the scene here is the collective support of musicians and being able to easily collaborate because practically everyone knows each other.

We’re very fortunate to have the support we have garnered so far and it has a lot to do with the projects we’ve been involved with in the past. That has meant we have had some excitement and anticipation to see what we could come up with. Its humbling to know because this new sound we’re experimenting with has come very naturally to us and luckily our first single got picked up by Hilly Dilly which pushed it around the world. That certainly triggered the interest to keep going and see where it takes us.

We don’t listen to that much music these days to be honest. We’re extremely bad at finding new tunes but thats simply due to the fact we’re constantly working on our own music and making sounds that we really want to hear.

Personally whilst writing we don’t like to listen to anything else just in case we get too inspired by other songs. We just try to keep our minds ticking over with new ideas that have solely come from inspiring each other.

We definitely have a stage show in the pipeline but for now we’re mainly concentrating on getting more material together. Our ideas are to put on an energetic performance with plenty of tasteful visuals and our songs re-worked for a seamless set. For us its important to be enjoying what we’re playing, never shoe gaze and make sure everyone is having just as much fun as us. To give the audience something to feed upon.

For us we’re going to continue to write new tunes and experiment with different sounds we haven’t ever tried. The goal is to produce an album somewhere down the line but before then we’re planning a move to the U.S to live the music for a while. Its an exciting and anxiety inducing idea but its something we just can’t ignore. We both have had our eyes set on this idea even before we started working together.