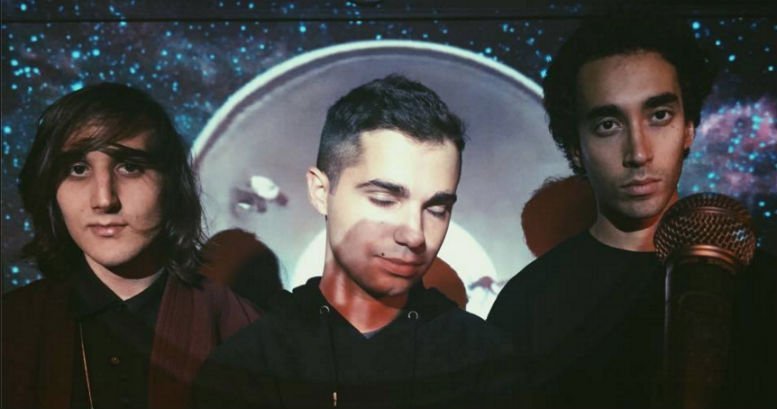 Can you tell us 5 things we should know about “Assurdo Universo”?

There you go:
Assurdo Universo has been a work in progress for the last couple of years, we’ve constantly added and removed songs form the album, maybe because we felt like something more was needed or otherwise superfluous.

The lyrical concept behind the major part of the songs comes from our literary influences, like sci-fi novels or late nineteenth century philosophers.

Every musical part of the songs was autoproduced and recorded completely at home.

The title of the album is a reference to a sci-fi novel called “What Mad Universe”, by the american writer Fredric Brown.

Most part of the songs were written at Tommaso’s grandma house, a very inspiring and quiet place: she was on holiday so we thought it was a good idea to go there and have some writing sessions.


Why did you call your project NOVA LUMEN?

The band was previously called LUMEN. Before the release for several reasons we decided to switch to NOVA LUMEN. The name recalls an imaginary of stars and light, with the classical Latin language as a sort of tribute to the age when some of the greatest things were thought and written.

When we decide to write music we often meet up at home. Since we mostly use electronic instruments we can easily set up a comfortable zone for our ideas to come out, get written and then
recorded.

Well, usually when we’re rehearsing and a melody comes out we just build something on it: in this scenario a song is basically a structured jam, obviously we record it on our phones or whatever, and then we work on it at home. Otherwise, as we said in the previous question, we meet at home with our minds focused on songwriting and new songs start to take shape.

We would just love to play our music and have a good time. Surely we’d like to get it known to the most people we can, but at the same time we do music first for ourselves as a way to express how we see things: so keeping the writing process up is our first goal at the moment.

From a musical point of view, we have several artists we’ve been listening for years. To name a few we love the dark disco revival of Johnny Jewel with his label Italians do it better, the Canadians Austra or Trust, and last but not least Julian Casablancas’ work both with the strokes and his own label. Talk about the lyrics, as we were saying before, the inspirations come from philosophers like Schopenhauer or Nietzsche, writers like Oscar Wilde, Michel Houellebecq or Clifford Simak.

Everyone of them is different in his own view of life, but inspiring in the same way.

How do you sell “Assurdo Universo” to someone unfamiliar with your sound?

What we think makes Assurdo Universo a product for everyone are the catchy melodies and the immediate listening. The familiarity with the sound comes by hearing it a few times, let’s just say it’s pop in his own way!

We don’t really ever thought about this, we guess maybe any artist we named before would be a great experience to collaborate with (at least let us dream about it in the night).

In these days we are planning an Italian tour in several cities, we’ll enjoy playing our songs and maybe collect new fans. Every gig we play is fun for us, obviously after a good dinner and some bottles of wine (we care a lot about the gastronomic side of touring).

Play shows and keep writing, that’s what we’ve always been doing and we’ll keep it up.