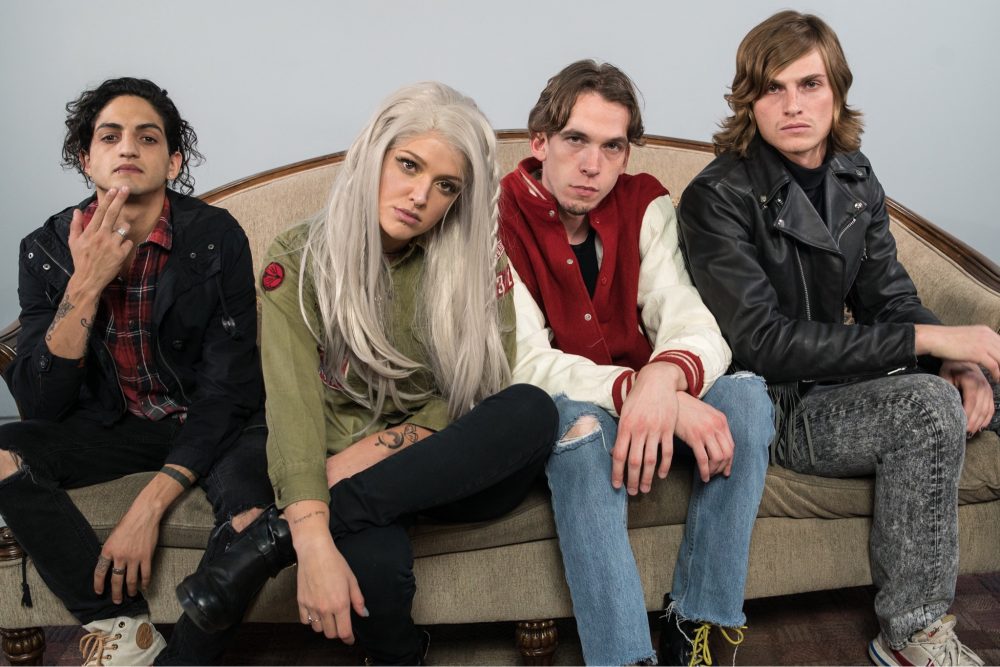 NYC’s The Nectars share ‘I Want It’, a sweet and short (less than 2minutes) indie-punk bliss, released on 7Hz Productions.

The band’s talented & sultry frontwomam Jessica Kenny explains, “As a band we always like to toy with power dynamics and thought a woman demanding sex would be jarring to chauvinist ideals. With that in mind we needed to write a song encapsulating the feeling of being stoned, late at night, post show, covered in sweat, eager to fulfill our own physical desires…

The slogging pendulum of a riff was born out of Jon’s frustration with guitar-less pop music dominating what’s left of Alternative Radio. Following in the Lo-Fi footsteps of our idols Ty Segall and Thee Oh Sees we assembled a track that cuts open your ear drum and drinks the blood as a midnight snack. Do you want it?”.

ICYMI…here’s their debut track ‘Heaven’. The Nectars debut album ‘Sci-Fi Television’ is due May 25th.