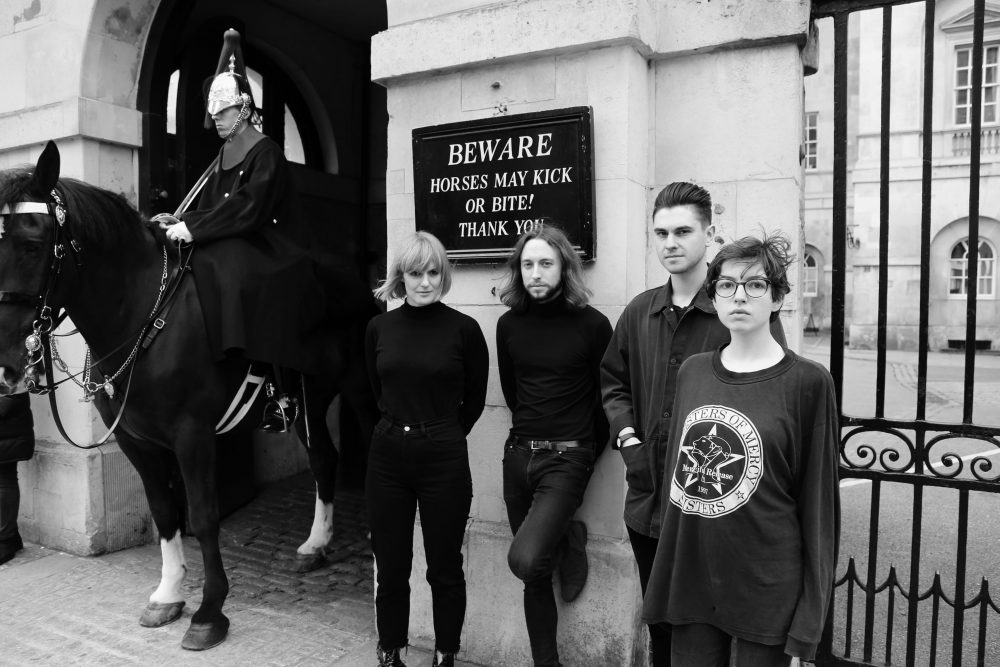 Describing their sonic ethos so…”to use as few words and chords as possible”, London ‘Anti-music’ collective Moderate Rebels, present their lo-fi impressive showpiece, untitled ‘Proxy’, in this fashion…“We want to acknowledge the conditions of the era we find ourselves in and generate feelings of transcending them.”

‘Proxy’ – out now via Everyday Life Recordings – was recorded in a small South Bermondsey studio while Moderate Rebels were reacting to stimuli including (but by no means limited to) Spacemen 3, La Dusseldorf, Kaitlyn Aurelia Smith, Roxy Music, Black Box Recorder, Jenny Hval, Death In Vegas and MGMT.