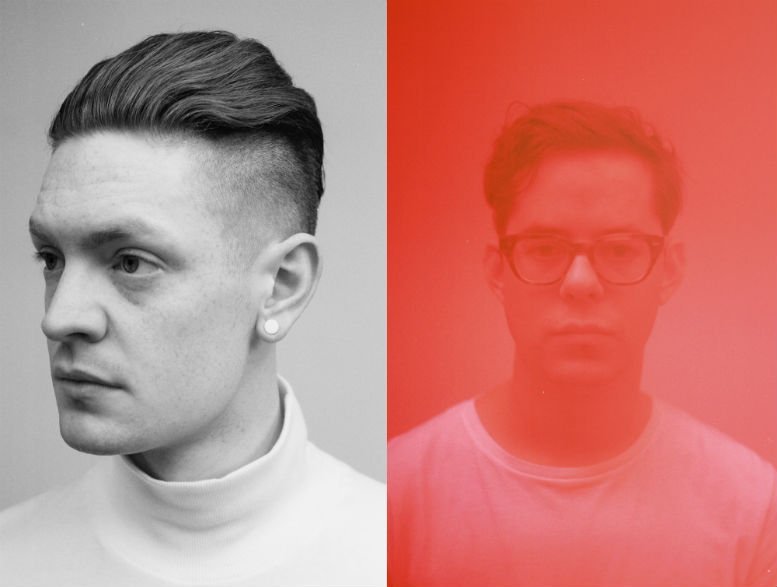 London / Berlin, songwriting and production duo, follow up their debut offering ‘All Night Every Night’ and b-side ‘State Of Your Soul’ released via LA label B3SCI, with classic house infused, new EP ‘I Wanna Be Your Friend’ / ‘Never Look Back’, once again with the mixing touches of Steve Dub of The Chemical Brothers.

This is the clever ‘I Wanna Be Your Friend’ Ginger Prince Remix.


First up guys…What’s on your mind right now?

TOM: Hey, I’m really excited today because I’m going to see Maceo Plex tonight at Bankside Vaults! He’s my favourite DJ by a mile and I haven’t seen him for a couple of years so tonight should be a good one!

BEN: I’m just on my way to meet my friend Sam Spiegel who’s over from LA and we’re gonna do a late night studio session!

TOM: Our debut EP features our new single ‘I Wanna Be Your Friend’ both the radio edit and the extended acid mix. Also on there is a song called ‘Never Look Back’, a proper club track we open our live sets with that we wrote a while back and then twisted up in the studio with Steve Dub. There’s also an amazing remix by The Mekanism, one of our new favourite producers that’s been shown a lot of love on Radio 1 recently. We dig him because he’s bringing back that acid flavour. Finally there’s a remix from my new project as well, it’s called Ginger Prince.

TOM: Steve Dub is a crazy, creative genius. We got on like a house on fire when we worked on ‘All Night Every Night’ / ‘State Of Your Soul’ and felt like he really set our production alight. With the first two tracks they came together quite simply. ‘I Wanna Be Your Friend’ took a lot longer to craft and shape into the final track, which at times felt challenging. The song clicked into place once we did a day at the mute records studio and went nuts on their awesome collection of vintage synths leaving with a tonne of ideas for the song. Then we came back to Steve once we’d arranged those ideas and he wrapped it up.


Why did you call your project Host? Any interesting story behind it?

BEN: Just liked the sound of the word really. I think being an earthly host of a higher power is one interpretation. But it could mean many things.

You are based respectively in Berlin and London….Could you briefly describe your music-making process?

TOM: It’s a collaborative process but an initial idea often comes from one of us. We both throw different production and song ideas into the melting pot and back and forth bits over email as I live in London and Ben is in Berlin. Then when we regroup in either London or Berlin we craft those ideas into fully-fledged tunes.

TOM: I listen to all sorts… I’ve been playing the Awful Records gang – Father, Abra, Tommy Genesis, over and over since seeing them play at Hackney Church the other week (which was insane). Because it’s Halloween I’ve been playing loads of spooky house from Noir Music all the tunes on that label make me feel like I’m in my own personal horror film and I love that! I also can’t get the new Charli XCX single ‘After The Afterparty’ out my head, she’s my favourite guilty pleasure.

BEN: I’ve been trying to not listen to music so much at the moment. I’m having a ‘detox’.

TOM: Billie Joe Armstrong from Greenday got my into playing music, I remember seeing them on Top of the Pops when I was a kid and having this ‘defining moment’ like – ‘I wanna make music and be like him’ haha. It’s not cool but it’s the truth!

I think your inspiration is ever changing – a musical icon is just whoever I’m listening to and being inspired by to make better music.

BEN: the Outhere brothers. I think it was just called ‘the party album’ which is still one of my favourite album titles.

TOM: I always watch a few episodes of ‘what’s hot’ at the moment but then fail to finish, started Stranger Things and it seemed awesome, I really need to get back on that!

BEN; Atlanta is the one for me right now. Also Westworld is getting good and adds another dimension to our name ‘HOST’. Also I watch John Oliver a lot.