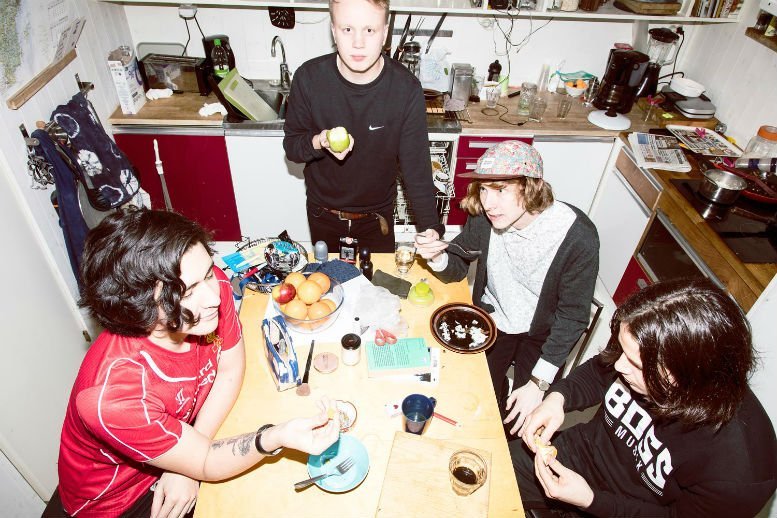 Can you introduce your band to our readers?

There isn’t really much more to say. We want people to make up their own opinion about us and what we sound like, instead of us telling them.

We all met at a party freshmen year. Since then some has dropped off..we’ve also changed the bands constellation several times.. you know, the usual. Tho we never expected it to become what it is, it feels great.

Can you talk about your new single ”I Don’t/You Don’t”?

It’s our first single as Futile. You could say that the sound defines us as a band.

Can you tell us 5 things we should know about your new album?

It contains seven different tracks. Recorded and mixed at Svenska Grammofonstudion by our very good friend György Barocsai. It will be released this spring on new independent label VÅRØ. We’ll also release another single before the album (‘Lust for Life’ on 18th March).

We’re really into gothenburg bands like Tough Alliance and The Embassy. We’re also really influenced by the straight-forward beats of Bicep and Happy Mondays. We basically just enjoy working with music for the right reasons.

Lately Gothenburgs been all about clubs and techno-music. Which we think is great! We’re into that. However, most of the “band-scene” has been pretty much the same lately, feeling kind of dusty and tired. Why choose? A collaboration between them is what we think is right.

Right now we’re focusing on finishing the final touches of the album. We’re however planning on playing a lot after the release, during spring and summer.