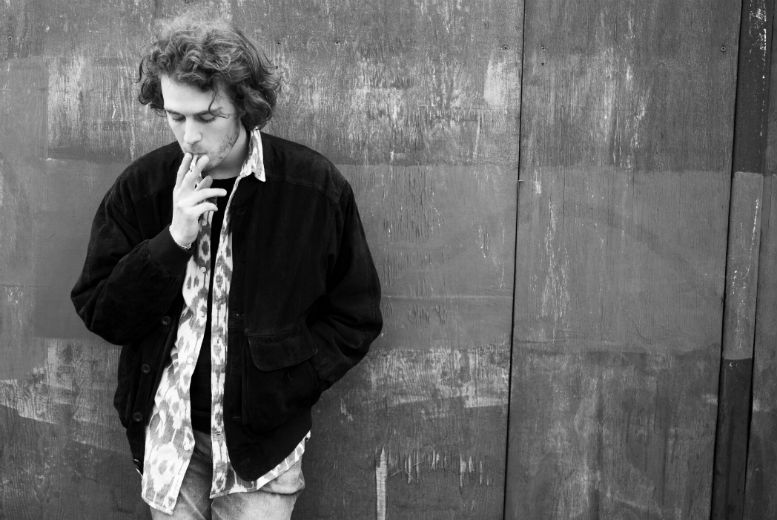 Charming ​24​ year Italian/Irish modern troubadour, Fil Bo Riva (Filippo Bonamici), was born and raised in Rome, spent 4 years in a monks’ boarding school for boys in Ireland and moved to Berlin to study industrial design​. Eventually took to busk round the streets of Berlin, where he met his current producer Robert Stephenson.

Now he shares the video – directed by himself and Chester Travis – for ‘Like Eye Did’, a beautifully honest, personal and intriguing tune, lifted from his debut EP ‘If You’re Right, It’s Alright’, released on 23rd September via [PIAS].

“I think art, of whatever kind – explains Fil – with some touch of honest strangeness is what I aim for in my work. That’s simply what I try to express, and what I feel comfortable with. If it is shown with images and music… or you just visualize it in your head, that’s something left open to interpretation, that’s up to the people.”

He reveals…“The idea to become a musician had always been there in the back of my mind, but I was busy doing other things – working in kitchens or as a barkeeper in Munich, Madrid and Rome, studying industrial design in Berlin. That kind of thing. I’d played in various bands but never really had the belief that we could make it. Not to mention the ‘Music? You’ll end up on the street!’ warnings from my friends…

I can’t read music, I am completely self-taught. So I always begin, I have to begin, by asking what feeling, what emotion do I hope to convey? What do I want to say?…In the end, everything you experience teaches you something. And these lessons should be reflected in the work, otherwise you risk succumbing to stagnation”.

“If You’re Right, It’s Alright” is now available to pre-order HERE with an instant grat of first single ‘Like Eye Did’
‘Like Eye Did’ is also available NOW