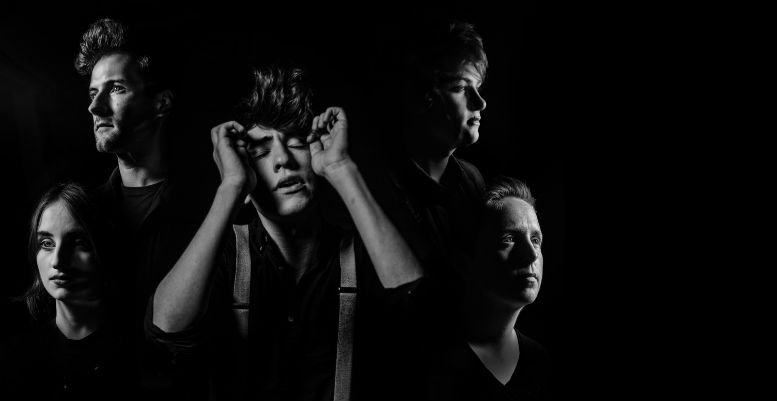 So Dylan…Why did you pick your band name?

Well, as it turns out – all members of Elm are die-hard Sylvia Plath fans. Whilst studying here in school, I fell madly in love with how someone could write a poem so beautifully dark. I remember sitting and reading her book ‘Ariel’ for months on end, and for some unknown reason the poem ‘Elm’ stayed with me. Fast forward one year later, the guys and I started playing together, and no other name quite made sense. The poem ‘Elm’ itself radiates from our music. The beautiful yet subtly dark, eerily mood connects the name to the sound.

Aidan & I (Dylan) have been best of friends for, well, ever! We have performed in-front of anyone who would listen from the age of 15. Two boys in the middle of puberty – didn’t sound the best.. Believe me!! Both Aidan and I followed our dreams and started studying commercial music in BIMM Dublin, the home of James Bay & Tom Odell. It’s here we met Cathy (drums) and Ruth (synth). We started mingling, and decided to start jamming together. When we began it sounded great, but something was missing. Which is when I stumbled into Gary at a party. I found out he played cello, from there, he had no choice, I demanded he would be a part of Elm!!

Can you talk about your track ‘Amends’. What’s the story behind it?

It was last summer when we played through Amends for the first time. It was a part of our very first set for our debut show at the Spirit of Folk Festival. It was that show that made us feel that this song was special to us, a mixture of the soft sound of rain hitting the tent roof and the eerily quiet audience, an atmosphere was created that stuck with us every time we play the song. The track itself is a song about finding that one person who can be so different from you in so many ways, yet you can’t help but fall head over heels for them and the ups and downs you share together. It’s something we feel that everyone goes through at some point in their life.

Your sound has been described as “Alternative Baroque Pop, Diligent & emotive”, are you happy with that?

That is pretty cool, so yes we are quite content with that. For a while we struggled to pinpoint a certain sound when people asked us to describe it to them, so I think we will use that from now on! We have heard the baroque pop being used to describe such acts like Lana Del Rey and there would definitely be similarities between our music and hers, the moody vocal or the dark subject matter expressed in a tender way.

Personal experience, where else? All Elm’s song are deeply personal. I really hope that radiates on stage, it is the core of what we do. Bringing you in to some of the tough times of our lives. 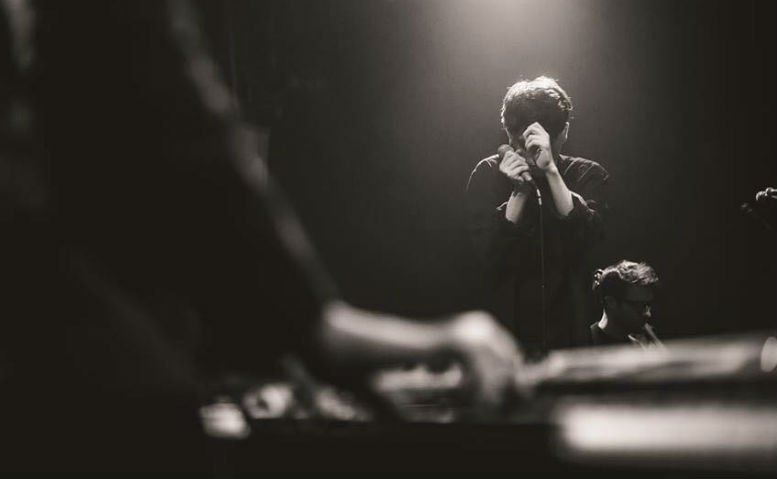 Who are your non-musical influences?

We have worked with so many amazing people free of charge when we started out, and have been working with them ever since. They bring a passion, before money is even considered. It’s so humbling to watch how these amazing artists don’t want money, but to just do what they love, their hobby is their life, and that is inspiring

This is the beauty of Elm. Each member has been influenced by completely different genres. Me myself (being Dylan) have always grown up with jazz. There was always something so rich and endearing about the alluring vocals of those great jazz singers. From Nina Simone to my all time favourite Amy Winehouse. They gave vocals with colour, emotion, and grit that made me fall in love with music to begin with.

Aidan has always loved the songwriting and composing side to music. The likes of Damien Rice, Daughter & Sigur Ros just make him melt. He gets so inspired by albums, forget singles. He wants the whole package. From start to middle to end, Aidan wants Elm’s sound to be intimate, interesting and fascinating because of these artists. They taught him that music isn’t just that hook which sticks in your brain, it’s the subtle sounds that makes everything come together to make MAGIC.

Gary grew up listening to classical music all his life. His Mother Linda loves to tell the story of how Gary at 2 years of age sat for 2 hours fixated on a cello player whilst on a family holiday. Gary is the king of music theory, and can play instruments I’ve never even heard of! Listening to him play classical piano, then jump on to cello, flute, harp, the list could go on and on. I sometimes think Gary doesn’t have time to listen to music that isn’t himself playing.

Cathy is our punk rocker (although she has admitted to listening to Take That), she fell in love with The Smashing Pumpkins and the Pixies in her early teens. She really gives Elm the bit of rock edge it needs. What I most love about Cathy’s drumming is, even though her background is heavy punk, Cathy understands how to bring the best out of Elm. Being a very atmospheric band, Cathy enhances Elm’s sound to new heights, with subtle effects on the drums. There is nothing worse then a drummer drowning out all the other aspects of the band. It takes a top class musician to compliment the music, not just themselves and that is exactly what Cathy does!

Ruth is a shameless charts girl, yep, our Ruth has seen Taylor Swift live and LOVED IT! Also very talented at piano and songwriting, Ruth much like Cathy understands how the subtle atmospheric emotive make Elm well, Elm! This is mainly because of Ruth’s love for the likes of Florence and the Machine and Lana Del Rey. Ruth is amazing for bringing life, depth and a modernistic twist to each and every Elm song, whether it be synth or her pitch perfect backing vocals.

Our next show cannot be announced as of yet. It will be announced on the 25th of November, but let me tell you, it’s a big one! Keep your eyes peeled on www.facebook.com/thisiselm for the big news. This could possibly be the most beautiful gig to date. If you want to be brought on a journey, don’t miss out! From the location, to the other musicians playing I just can’t wait!!

Next? We can’t be giving everything away can we? I joke. We have already started our bookings for 2016, and it is WILD. With sights of yet another new project, but more exciting – I can confirm Elm will be traveling across shores to Canada for the Canadian Music Week Festival. All is go in the Elm HQ. You’ll just have to keep your eyes fixed on our social media from now until forever.