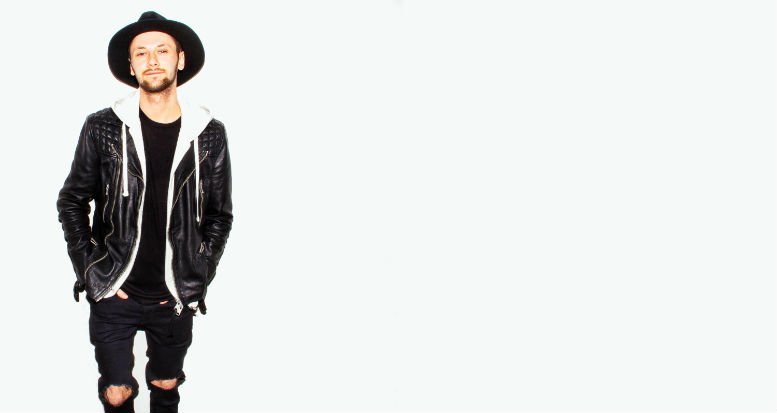 Scottish photographer and director Drew John Barnes shares tips to newbies, reveals all on the best and worst job he ever had and presents his latest project called ‘5 Questions’, conversations with various artists speaking about inspiring subjects, revealing a more intimate side.

I am a music video director and photographer that captures and documents anything to do music.

How did you get into that field?

I pretty much fell into it. When I was younger I used to go to gigs all the time- music always has and always will be the thing that makes me tick. It’s forever been a big part of my life from when I used to watch my friends play in bands to spending hours outside in the cold rain waiting to getting my t-shirt signed by my favourite band. I have always been a bit obsessed with music and the industry around it. I could never think of how to be involved in the world I grew up loving until one day when I was studying photography I came across people who’s job it was to follow artists and document them. I started going to live shows and taking photos of them. I used to work as a photographer in a clothing shop which had artists come in for signings I would have to ask the tour manager if I could have a pass to shoot the show that night. After a few years of building up a portfolio of travelling international artists and local artists. It wasn’t long before artists would ask can you film this? Do you shoot video? Then grew into becoming a director.

Any tips for newbies?

Best tips mainly aren’t anything to do with learning about the cameras or the lights. The best advice I have learned is to build your network up of local artists you like and want to shoot for. They will always be wanting to shoot new videos or photographs. In your early days it does come at some costs, so be ready to work for free. I know that’s not what you want to hear but if your talent and skills aren’t there yet, you have to earn them before they can be paid for. That leads me to sacrifice be ready to miss your friends nights out or that episode of whatever it is on Netflix. This isn’t a job for someone who’s only willing to work 9-5. But as always if it’s something you want and love doing the rewards and endless and should never feel like work.

What is the best and worst job you ever had?

The best job would have to be working on MOBO award winner Kobi Onyame’s video shoot for ‘Heartbeat’. It was my first job overseas, it was all very new and surreal. We had to have security working on set because the equipment was worth a lot of dollar bills. We shot it in a shanty town outside of Johannesburg and used local talent, which was the best part because they were so humbled and excited we chose them.

Worst would have to be… well, I’m not going to name names here but It was a well known 90s hip-hop artist in London and it was my first job in London at the time. I had no experience of hiring a producer, equipment, studio space, dancers – almost everything – outside of Glasgow. So, trying to build that up all in time for the shoot not to mention with a producer I did get that promised a lot more than we got letting me down in front of the talent management and the label. We had two locations – one in a studio and one just off the tube lines last stops in a forest. In the studio, it was my first time dealing with an artist’s ego that I wasn’t allowed to talk to him it had to be through the manager that was first for me. Then when we did get to the forest with all the equipment and cast we got shut down. The way I look at it was it too much at the time for me maybe? But I got taught from a young age to say yes to everything that’s an opportunity or looks like one. I still stand by it today sometimes you just need to learn the hard way.

Is there anyone you’re dying to work with?

I would definitely like to work with Pharrell Williams. I think he is a creative genius and a legend of our time. Closely follow by the Weeknd – it’s been a while since the world has had an artist like him.

What is the hardest part of your job?

Sometimes I would say having people believe in the same vision you have for something, basically creative control. It’s all subjective being art so no one is necessarily wrong when coming with an idea for something. But getting what you want artistically to match with an artists vibe cam be changeling depending on the artist.

It’s a good few things from getting the lighting the way you envisioned, it to coming up with a concept that just fits perfectly with song and grabs you, to watching your work back and watch it grow with the artist’s project.

Finally, what’s your next big project?

Well, its a mix of things its commercial music based work. There’s a release for a Scottish artist – I can’t mention who has sold over 35 million copies of their music. I also have a creative project that’s an immersive experience I’m working on.