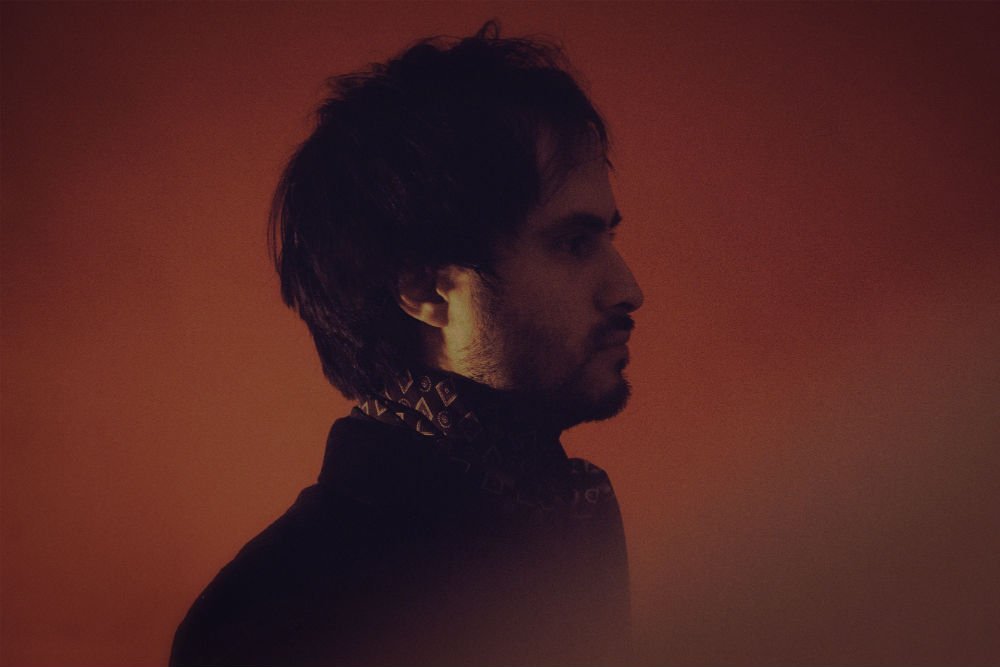 Describing himself as…”New-age lounge crooner in some smoky existential dream parlour”, London’s modern troubadour and Soho’s Society Club regular artist, Brudini, presents ‘The Nightcrawler’…his very special “odyssean portrayal of a limping vagabond whose nightly descent into darkness is interrupted by a moment of nostalgia and connection to the world that’s ostracised him…”

So, what’s up, Brudini? What’s on your mind right now?…

Hey! All good. On my mind? Deserts and pastoral skies. I seem to yearn for it.

Talk to us about ‘Nightcrawler’…

‘The Nightcrawler’ is the story of a worn-out vagabond marching into darkness, but who’s suddenly overcome by a rush of warm light and feelings of nostalgia. For a brief moment it reconnects him to the world and to someone he once was. But in the end, the inevitable night swallows him and everything around him.

Could you briefly describe the music-making process of a track like that?

It actually took me almost 3 years to complete this track.. Lyrically I knew where I was going and the mood I wanted to express, but it took some time to distill it all and fit to a melody, which in the beginning was just a bassline to a disco beat. As I started recording I realised I wanted a more organic, timeless expression. I envisioned this gritty, vagabond character, and the song started to take shape around a more syncopated jazz rhythm and blues guitar riff, illustrative of a limping, struggling walk. When I eventually added snare drum rolls to the chorus together with the warm piano chords I felt it really came together the way I wanted; I could feel this triumphant moment of a vagabond bathing in the light of a low hanging sun. Some of the sounds in the track reflect sensory impressions – abrupt strings is the nausea of staring into a sun glare, aggressive distorted guitars lead the character to the verge of a complete breakdown. As for the recording itself, most of it was done in a tiny DIY studio in East-London, with the help from Knut Jonas Sellevold (Mothlite, King Knut) and Siemy Di on drums.

Where do you feel at “home”…Norway, London, Tokyo or Paris?

London. Norway is my childhood home, but London is where I’ve been living for more than a decade. Paris was my home for a passing time in my mid 20ies, and as Hemingway says, it stays with you forever. In Tokyo I felt like a total stranger but that’s kind of the allure of it, isn’t it?

When did you start making music?

I’ve been in bands since I was 16, but realty got involved with songwriting and producing with my first project, Carl Høst in my early 20ies. I remember I was heavily influenced by Radiohead, The Cure, Depeche Mode and Sigur Ros at the time.. Brudini only came about almost a decade later, after a long musical hiatus where life took me in other directions. I never thought I’d be on a stage again but here I am. And I’m enjoying every moment of it.

I think something cat-like and agile, who doesn’t mind being on its own. Like a jaguar. In fact, I play a Fender Jaguar on stage, rather ferociously at times.

Right now quite a bit of Debussy and Chopin, the Solo Piano albums of Chilly Gonazales and Dutch pianist Joep Beving. I seem to be going through a bit of a piano phase.

Where do you see yourself in 3 years?

I hope I’ve released some albums that I’m proud of, and that I’m out there, reaching people with my music. That’s really the biggest joy of it to me – the people you meet along the way, the human connection, and the complete freedom I feel when I’m on stage.

My next show is a performance collaboration with Californian writer Chip Martin at the Sociey Club; a mix of poetry and music which forms an abstract, vagabond journey through darkness and light. The Society Club is a magical, bohemian place tucked away in a side-street in Soho, London, and has served as a second home for me over the last years. It is also where I met Chip. The twist in the plot is that the venue is soon to exist no longer. So it is a farewell show to a place that has meant a lot to me. It will be a special night.