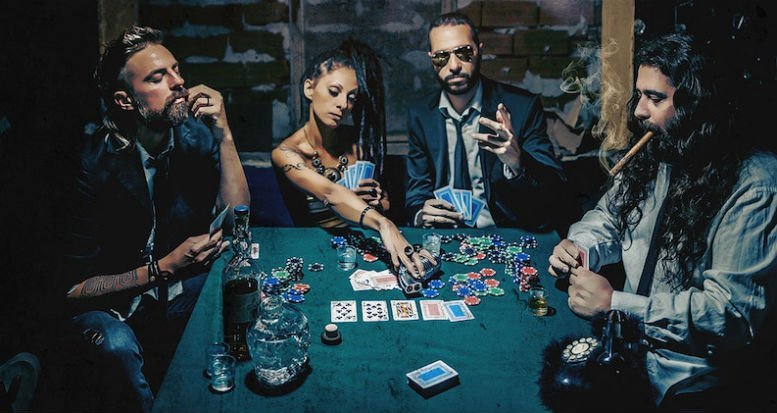 Nice to meet you Bojana 🙂

Can you tell us 5 things we should know about your project BOJ & GOOD PEOPLE?

The first project BOJ (Burning Of Joy / TdE 2013) started with me and Momo Riva (my producer and musician in live show)…we put some musicians together for the live show and some of them became a Good People and we have played for 2 years about 80 dates.

Can you talk about “PLAYBOJ”?

One year later we made some new songs and decided to do a new album (PlayBoj / TdE 2015). We are all connected musically by the love 4 funk….We feel each other and when that happens is bingo for us! We also had many international collaborations: Eric Leeds (Prince, The Family), Keith Anderson (Marcus miller…), Horndogz (George Clinton…). PlayBoj is a sourdough a joke with words…. Means that Boj play and everything is just a game for her!

What’s the best and worst thing about the experience you had with TV talent shows like Rai 2 The Voice?

The bad experience at the Voice was waiting all day in a small size room to sing very late, actually they send me a mail and I did answer for joke…But they insisted to do the selection and that one was very easy…It was the last day for judges to make a decision and they were very angry and disappointed when they looked to me….

Everything else was OK…Treated like a VIP’s…we had a great time anyway!

In Serbia you can hear everything that goes! Good in a whole world, a dream for all musicians is to make a song that the whole world will listen because is great….. Now I just enjoy everything I do…. Most important thing is playing live a front of people who like to dance and sing with me!

What are your dreams and goals? Who are your musical and non-musical influences? Where do you usually gather songwriting inspiration?

I’m kind a fanatic of Prince and I feel very broken since he left us…He was my muse since a had 8 years… Also, many other musicians like Stevie Wonder, Erykah Badu, Mary J. Blige, D’Angelo, Amy Winehouse, Aretha Franklin, Lenny Kravitz, Beyonce, Lianne La Havas, Esperanza Spalding and so many other band unknown, but with a great sound I’m only devoted to the music I find my inspiration by listening the groove And I always write about things happening in my life at the moment.

I always dreamed about working with Mr. Nelson (Prince) but now every dream about that died with him…The only one I can think about right now is George Clinton.

The next move after all promoting a new album is to do my own project with my new musical ideas!