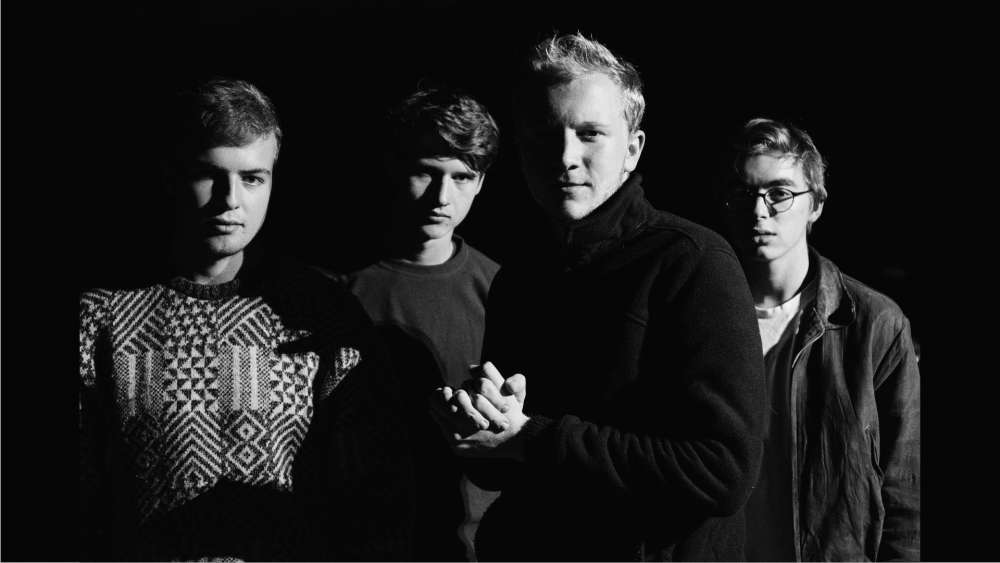 Following their exciting performance at the Primo Maggio big concert in Rome, the winners of #1MEUROPE Contest, the Brighton based quartet B R O T H E R – George Ireland (vocals), Isaac Squires (guitar), Owen Beesley (drums) and Ollie John Turvey (bass) – share their thoughts on their experience on the big stage in front of 100.000 people.

At San Giovanni’s square they performed ‘Sea spray’, the standout track lifted from their highly promising debut ‘The Exhibition EP’.

So, what’s up, guys? What was on your mind during and after the performance at the Primo Maggio in Rome…?

Well, it was a surreal day for all four of us. I think first of all we were so excited to be living our dream for the first time, and we all had the most fun we have had in 7 years of playing live. Sharing the experience with such a large crowd was incredible. Afterwards we had to pinch ourselves and take a moment to realise what just happened!

Were you nervous before going on stage?

It would be wrong to say no, but I think whatever nerves we had under the surface, we used to give it 110% on stage.

What was your favorite thing to see in the audience while you were on stage?

First of all – a lot of people! We’ve never played to an audience that big before, it was completely mind-blowing. Seeing people dancing and smiling to our music is the ultimate reward for anyone. The best moment has to be thousands of people clapping along with George to a song we wrote in our bedrooms.

Good question. Both are so different, yet completely the same. I think now we have experienced the larger venue – we would all agree that we prefer it. It has always been a case of playing in the smaller venues as a ladder to get to the big ones. The best thing about the small venues is being close to the crowd and dancing together. But bigger is the dream.

When did you form your band? What inspired you to make music together?

7 years ago, at the age of 13 in school. We were all playing our instruments individually for some time, before Isaac (our lead guitarist) approached all of us and we all nervously turned up and practiced! We made sure that having fun came first. It’s helped us form a unique chemistry over many years and is a great foundation to start with. It does kind of feel like we really are brothers now. I think that comes across on stage and in our music.

“Alternative Rock”. Of all your brilliant questions this is definitely the hardest. We have such a range of influences in all genres; Indie, Disco, Pop, Rock… we like to think there is something for everyone in all of our songs. I think we are a Rock ‘n’ Roll group at heart, but we love all kinds of music.

We are currently waiting for the next show to come a long! …maybe we will get one thanks to this interview… Wherever and whenever it is, you should come because we really take pride in. making our shows interactive and enjoyable for everyone!

We have some exams to take at university and then we will be writing some new songs in the summer – practicing hard for the next show that comes along, and I’m sure we will still thinking about playing at the Primo Maggio!