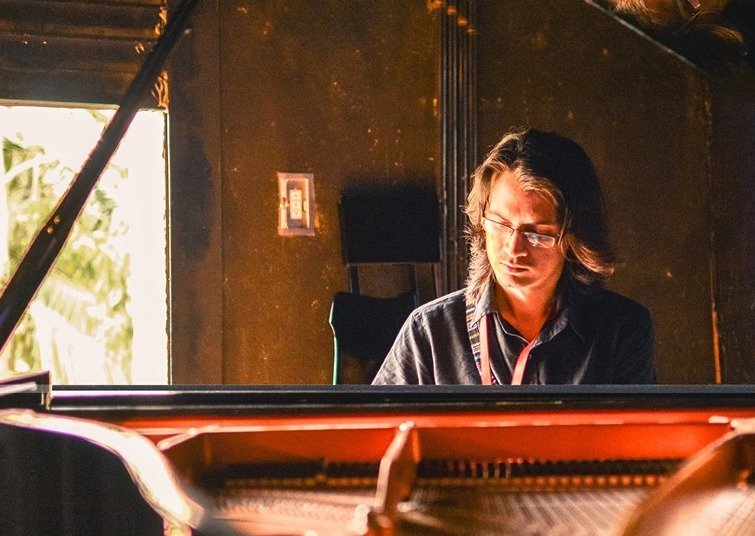 The album is previewed by a series of three videos, the first (above) is More Than You Know, an ode to Boston, the composer’s home for a few years, and a celebration of learning, independence and homes away from home…

Aman explains: “The music of Refuge is a series of themes from a journey – a musical scrapbook that documents my life, exploration of musical ideas and philosophical frameworks. Some of them are conceptual in nature, and others deal with more personal subjects. Stylistically, the compositions draw influence from music as diverse as jazz, Indian classical music, Japanese aesthetics, West African rhythms, European classical music, and many styles of music from the American continents.

The music pays homage to inward journeys, and explores ideas of home. This is a set of pieces that I’ve worked on since 2005, that originated on the piano, travelled with me on various collaborations to a number of festivals, clubs and concert halls around the world, to return to bare essentials on the piano, in the form you hear on this album.”

Aman Mahajan, currently based in Bangalore, is an Indian pianist, composer and educator playing improvised music across a diversity of musical idioms. His current work is influenced by traditional and contemporary forms of music from around the world, often concept-driven, and inspired by a sense of unity and connection.