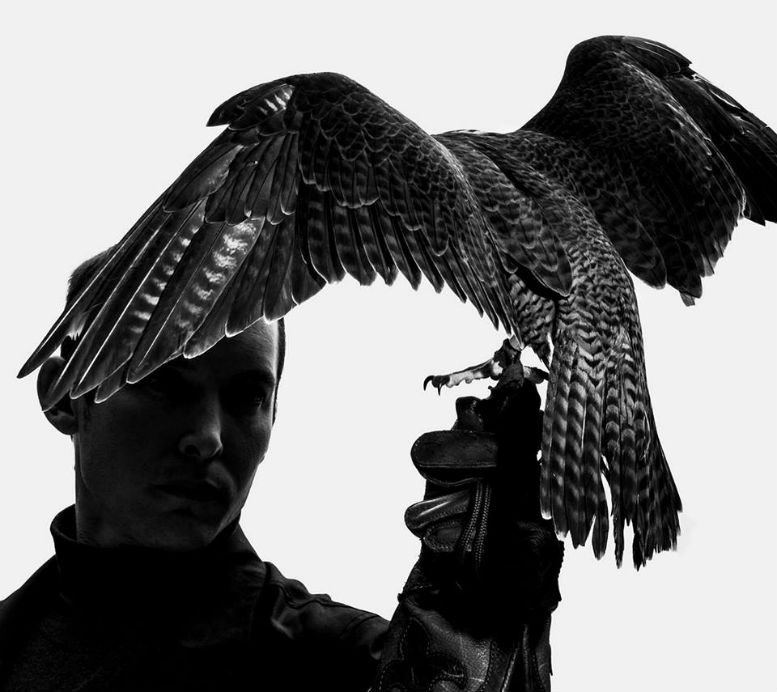 ‘Contact’, is the ambitious and truly crowdfunded project, by enigmatic new artist, SOKOL. “‘Disconnect to reconnect’, follow me on my journey to explore nature, cities and humanity through the eye of the falcon”, he states. The track is convincingly intriguing piece of electro rock.

SOKOL collaborated with director Garrick J. Lauterbach, who chose to shoot in a documentary film style to reflect the central ethos of SOKOL’s vision to ‘disconnect to reconnect’…Wearing a t-shirt proclaiming, Fight the disconnect: Every Dollar Counts!, he took to the streets and individually approached 300 people armed with a piggy bank…Then, fuelled by the kindness of strangers, embarked on a four-day trek to Mongolia’s Altai Mountains to film the incredible life of local eagle hunters.

SOKOL explains: “‘It’s a retour à la nature!…In a fast-paced world like the one we live in, where technology is controlling our lives, it is easy to get out of touch with yourself and everything and everybody around you. I strongly believe that we have to preserve the human elements in meeting face to face and not get lost in the virtual world.”

‘I wanted to make something very, very special, and living with the nomadic tribe in the Mongolian desert was the most authentic and real experience to make this music video,’ SOKOL adds. ‘It’s about contact.’

The soundtrack for ‘Contact’ – released in the UK on November 11th – was recorded at Tileyard Studios in London’s King’s Cross alongside producer Tom Fuller.