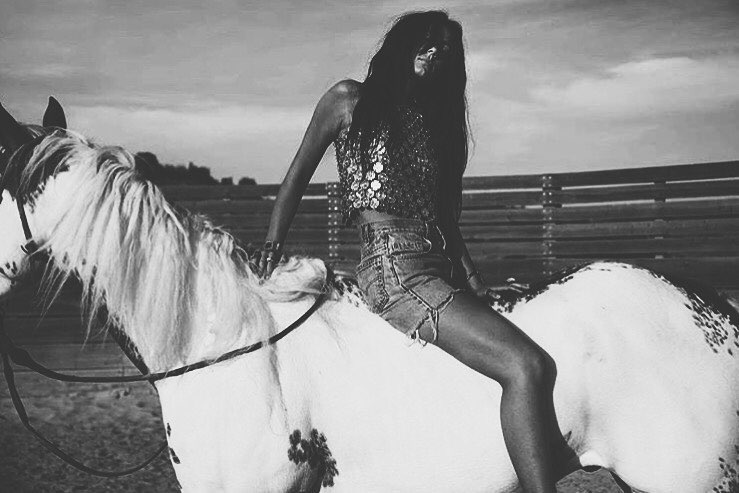 California-based, excitingly talented Swedish singer/songwriter, Saie Saie – the project by Alex Saidac, named in honor of her dad – premieres the stunning video, presented by fashion label Odd Molly and directed by Seth C Brown, for ‘Bones’, a fervid and momentous pop gem, inspired by her passion to save the American Mustang…”If you treat me right I’m an angel, but if you don’t you’ll feel me in your bones”.

‘Bones’ (out now) is the standout track lifted from her forthcoming album (out early 2017), which she’ll will support next year with her ‘Wild One’ live tour of the Californian coast on horseback…

Saie Saie’s Wild One tour mission is to raise awareness on the heartbreaking situation happening in America – which is that the last life of the Wild Mustang population is being needlessly slaughtered. In the early 1900’a, 2 million Wild Mustangs roamed America freely, but today government culling has shrunk the breed’s population to less than 25,000. The horses are herded for ‘adoption’, the unwanted animals are killed.