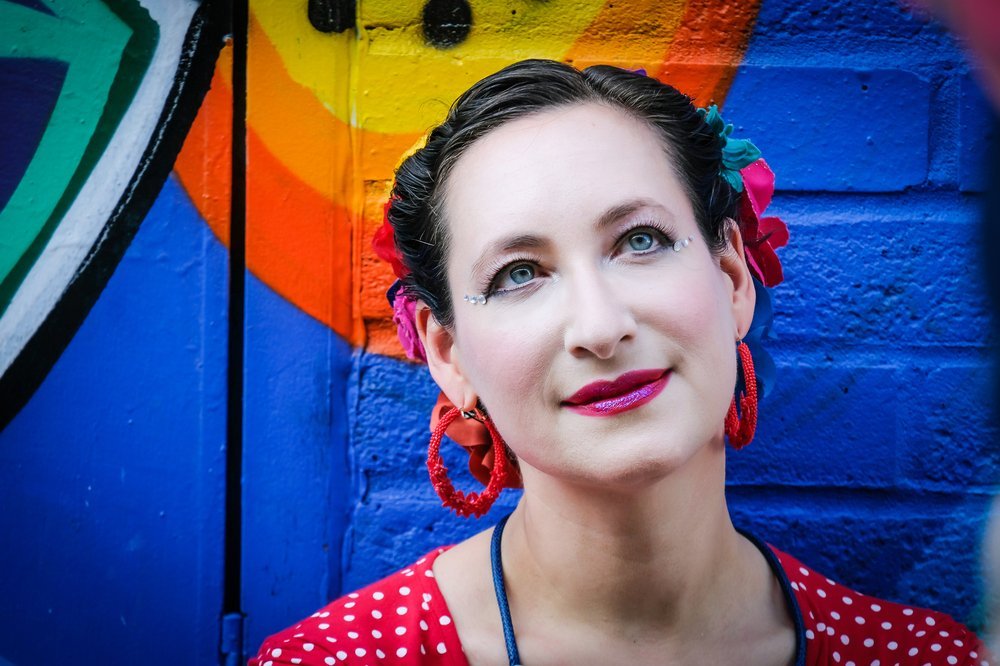 Rachael Sage is always finding new ways to allow her creativity to flourish and her new lyric video is no exception. Her skillset includes her work as a singer-songwriter, visual artist, producer and founder of her own record label MPress Records.

Even during a global lockdown, Sage’s output doesn’t come to a halt but instead bursts forward and as a result she has now premiered the official lyric video for the track Catch The Light, a song taken from her fourteenth studio album Character which was released earlier this year.

Catch The Light merges moments of faith, pain and personal reflection whilst a stripped-back arrangement of finger-picked acoustic guitar and violin is soft and tender, allowing the listener to really listen to the emotive lyrics and melodies which were written by an eleven-year old Rachael Sage.

Enlisting the talents of Grammy Award winner Andy Zulla to co-produce the track, it was during a time of darkness and nostalgia in this New Yorker’s life that Catch The Light shone like a spotlight in the songwriter’s mind – “When I was in junior high school, I was asked to compose something for my 7th grade assembly. I was known as ‘the girl who played piano’ so of course, I was delighted.

Last year, when recovering from uterine cancer, I inevitably found myself going through memorabilia – I guess in a way I was taking a kind of inventory of my life. I found an old school program listing my 7th grade instrumental song ‘We’re Moving On’ and I started playing it on my keyboard, and within minutes I had written brand new lyrics.

Sage continues, “It felt like a gift that during a very adult crisis, I had found a childhood melody from which to draw strength and build upon. Singing it now, I like to think I am honouring my eleven-year old self, and assuring her that she still believes in hope and forgiveness, now as much as ever.”

The lyric video was created using the medium of time lapsed photography with Meredith Tarr working with Sage on Creative Direction as well as editing the video so that flowers bloom, lanterns float and clouds glide beautifully.

The soft lead vocal allows the true meaning behind the track to jump forth without loud noise, distractions or gimmicks – just heartfelt lyrics and relaxing music.

When Character was released Rachael stated “I hope these songs honour just how resilient the human spirit can be, and remind us that sometimes, ‘it’s ok to not be ok’.”

The Acoustic version of Catch The Light is available digitally on Rachael Sage’s Character (Acoustic) EP .