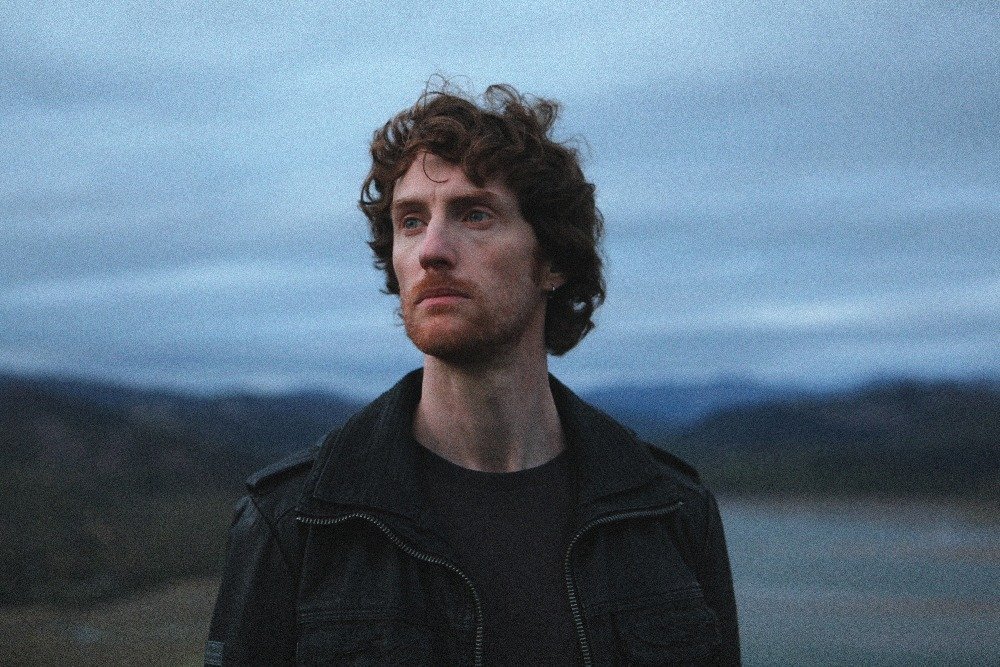 So…Phil, how are you today?

Good thanks! Looking forward to the release of Blue Daze and sharing the music with people.

Can you describe your new EP ‘Blue Daze’?

It’s a conceptual record, set in a sci-fi realm. It has a retro futurist vibe and it takes a delve into late 70s early 80s youth nostalgia. It’s a very warm, analogue sounding record.

The original nucleus of inspiration came from the Tangerine Dream track ‘Love On A Real Train’, from the 80s movie Risky Business. The track is very evocative and has a unique quality, which sparked in me an interest in nostalgia. The idea that this emotion in music, might be more than just a ‘time and place’ association personal to the listener, that certain music has in itself a nostalgic quality. I was also interested in what the Valerie Collective had brought together. I noticed how there are some labels out there like Future City Records, who are portraying what I see as a distilled vision of the 80s, more potent really than the 80s ever was! I was interested in all this, but I also found that a lot of the 80s influenced stuff happening today has quite a cold, clinical, computer processed sound. I wanted Blue Daze to have a warmer more living breathing vibe. I grew up in the 80s and wanted to capture that nostalgia I personally feel – The Goonies, Raleigh Vektars and all that, but the 70s musically is a big place for me. I was digging on a retro futurist vibe and I was looking at a lot of artwork for 70’s sci-fi novels. Also contemporary painters in the same vein like Dan McPharlin inspired me. Musical Influences were Can, Tangerine Dream, and Mazzy Star also.

I tend to dig pretty deep when I write. Being in a frame of mind, on my own and in touch with my own person and sensibilities. I try not to force subject matter, rather be a receptor for mood, feelings, something universal that we can all relate to. If there is a general angst pumping round, I might pick up on it but I’ll transmute it my own way. Going out, having a good time and being impressed by momentous occasions, as well as great sweaty music in small venues in the middle of woods. All this sets the fire in me going. I like it real and honest.

For me the essence of a song is captured in an instant. I purposefully don’t look to finish songs that I’m not ready for, otherwise they risk going stale and falling by the wayside. What’s not finished still has promise. I record my ideas on my voice recorder then forget about them. At some point I’ll go through the recordings and see which ones stand out with fresh ears. When I do decide to move on a piece, I’ll then set about structuring it, letting the lyrics form along the way. Often a single turn of phrase is there from the beginning, and the rest of the lyrics I write will be designed to support that phrase and bring meaning to it. It’s a process of finding words to support the mood or emotion of the music itself, however abstract that may become.

What are your dreams and goals as a musician?

To keep developing and bettering myself as a songwriter. To get my music to a wider audience and to touch and inspire people. To be in a position to support myself and my family, and to reach a status where I can work with the right people to make the records how I hear them in my head.

The likes of Neil Young, John Martyn, Talk Talk, Can, Ennio Morricone. Films I love include Paris Texas, Withnail and I, The Big Lebowski, The Graduate. Literature – F. Scott Fitzgerald, Kerouac, Steinbeck, John Fante, The Rum Diary. Experiences – travelling, broad horizons, phosphorescence, standing on top of mountains, fields of corn and grass cut for hay. Growing up in the wilds of Ireland, the woods, building forts, solitude met by my close knit group of friends and the good times and laughter we’ve shared.

I have an album in my mind that I would love to make with T Bone Burnett.

I’m going to do some shows in Ireland and I have a headline London show on Saturday 11th November which will be with full band, including Winston Clifford one of the country’s foremost jazz drummers, and Tim Harries on bass (Brian Eno). I’m really excited by what we’re doing together. The gig on the 11th is going to be a party so come and join! Tickets available here.