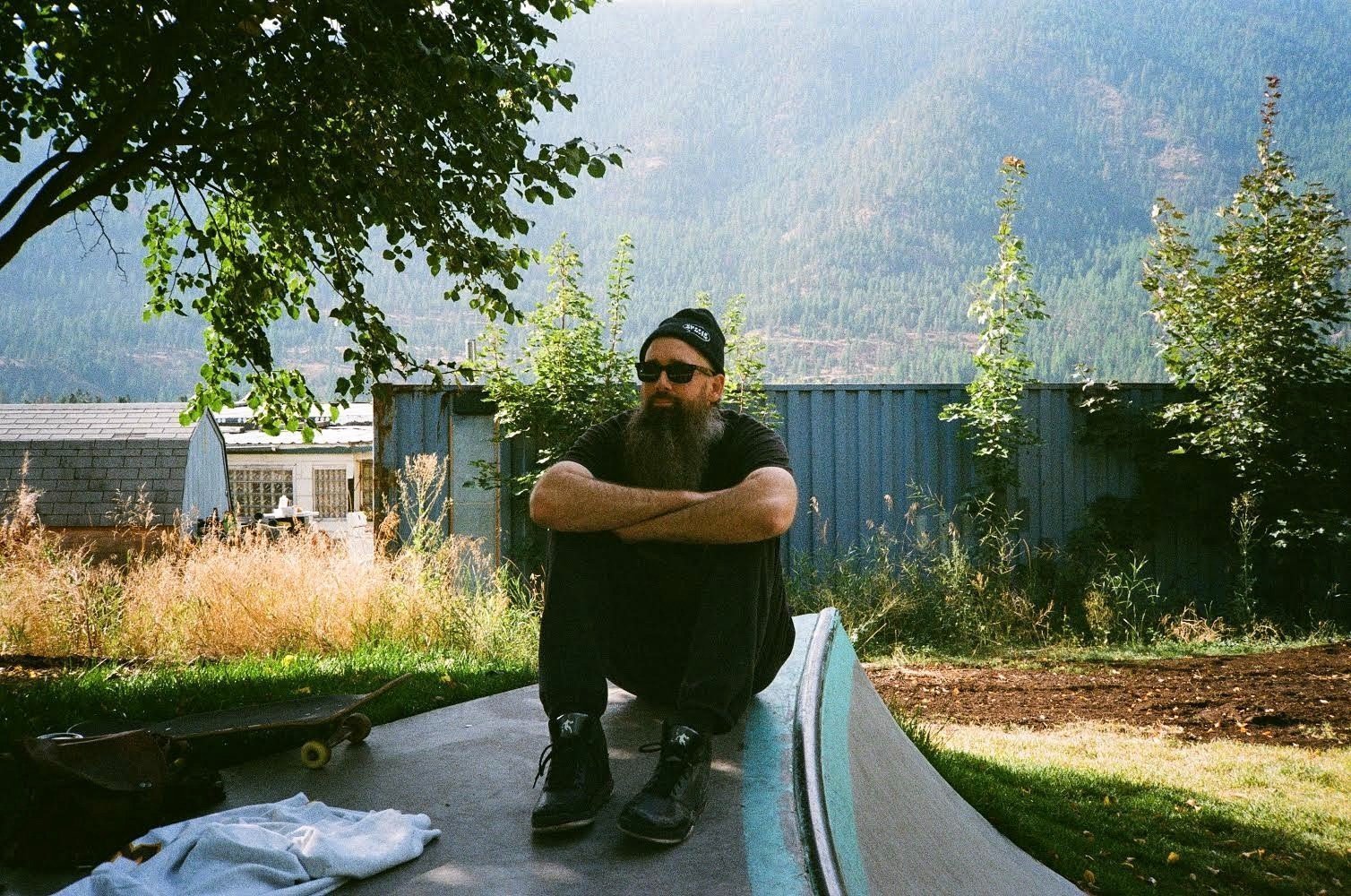 Drew Danburry is a barber, musician, filmmaker, skateboarder, and avid Magic the Gathering nerd, among many other things. 80’s Night Dance Party Singing ‘Send Me an Angel‘ is lifted from his second “Icarus Phoenix” album No tree can grow to heaven unless its roots reach down to hell. The lush track gets this aptly stunning video (a 25 year film photography retrospective).

Drew Danburry explains: “I was picking up my son from elementary school when a fellow parent invited me to her birthday party. It was an ‘80s Night Dance Party birthday. I could give you a whole essay on how much I love dancing and why. I have an entire theory that borders on religion, but I won’t right now. But I assured her I would be there and I would be bringing it.

Upon arrival, everyone was standing around in their ‘80s costumes drinking beer but not dancing. So I did what I came to do. I danced. With reckless abandon.

But as I rode my bike home that night and I reflected on the social aspects of the party I thought about everything.

Why it’s so hard to leave the house.

Why I’d rather stay home (or write a song, or ride my bike) than go be social.

Why I generally try to avoid nostalgia and live in the now.

How fascinating it is to attend a party of adults still too nervous to dance in front of others.

Are we all still trying to heal from and overcome our experiences from high school?

I could go on. It was a fascinating experience that spawned a lot of questions.

Also, I really want to go to your dance party. One day, I’d like to dance at a party with Tiffany Haddish. I hear she loves to dance as well.

In terms of the video. I recently put up my first art show. It was a 25 year film photography retrospective and I liked the idea of combining a very nostalgic art show with a song about anti-nostalgia.”