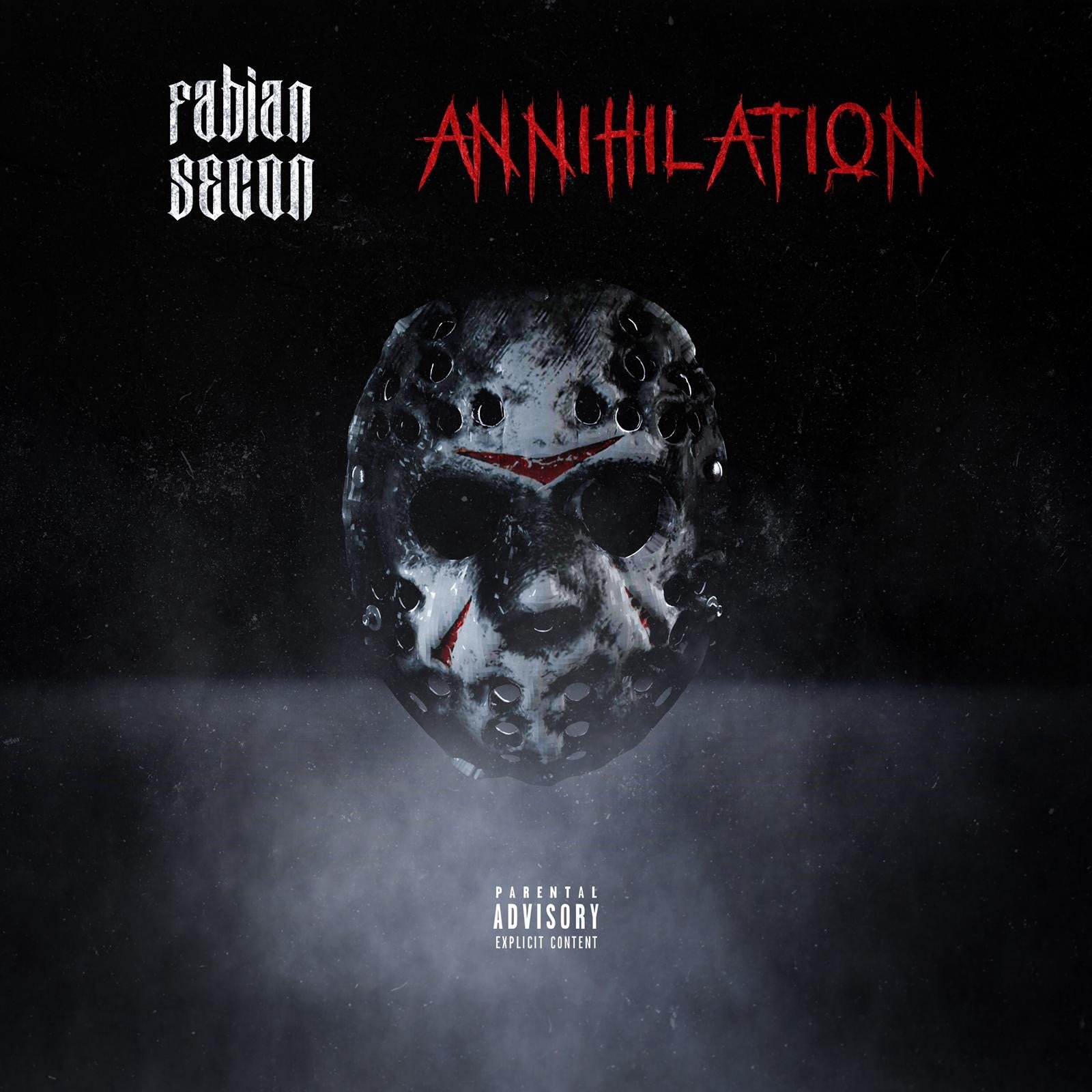 Fabian Secon has returned with brand-new single Annihilation, self-written/produced and mixed/mastered by man of the moment Dukus (Yxng Bane, Fredo, Young T & Bugsey). With references to the infamous Jason Voorhees of horror franchise Friday the 13th and its dark and eerie production littered with heavy drums, bass and guitar, the track is the perfect release for Halloween.

Drawing from a multitude of different genres and landing somewhere between murky rap, hard-hitting metal and alternative rock, Annihilation once again shows us why this talented Brixton upstart has been heavily tipped by tastemakers around the world and why his fan base continues to grow at a rapid rate. It’s the first taste of new music from Fabian since the May release of EP I See Things Others Can’t, which helped his global streams surge past 25 million—a huge milestone as an independent artist.

Speaking on Annihilation, Fabian says, “This track is pure destruction personified. I wanted an aggressive metal vibe that could also be understood in the rap world too.” Check out the exclusive first listen below before the track hits all other major platforms at midnight.

Expect to be hearing and seeing plenty more of Fabian over the next year. He’s currently in the studio writing for other artists alongside Jacob Manson (Rudimental, Ed Sheeran, Craig David) among others and will return to the stage 19th December with DiscoverNü following his successful debut headline show at Camden Assembly earlier this year.

Keep up to date: