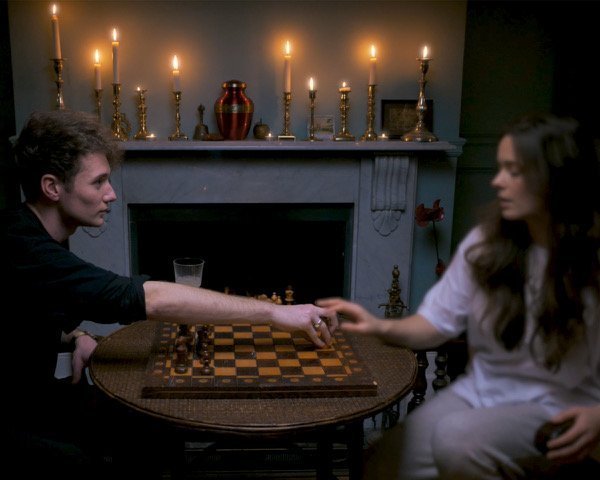 Speaking on the track and video, they said: “We ended up having a few drinks talking about our relationship situations. Ellysse was sitting by this old, noisy electric piano playing chords and as we were talking, we ended up turning our conversation into a song. We didn’t even think who or what we were writing the song for; it just felt
easier to chat about it all as a song. Before we knew it, it was 3AM and we were both so tired we put in some scratch vocals before heading to sleep. I woke up forgetting we’d even written it until I heard my manager playing it downstairs… We tried reproducing it over and over again, but in the end, something about Ellysse’s tipsy
piano playing and our tired vocals just felt special and, at the moment, ended up being used on the final record. I love the song as it feels so conversational and two people really speaking their mind without any undertone of “we’re writing a song so it needs to be like this” the honesty of it all to me really is the beauty of it.”