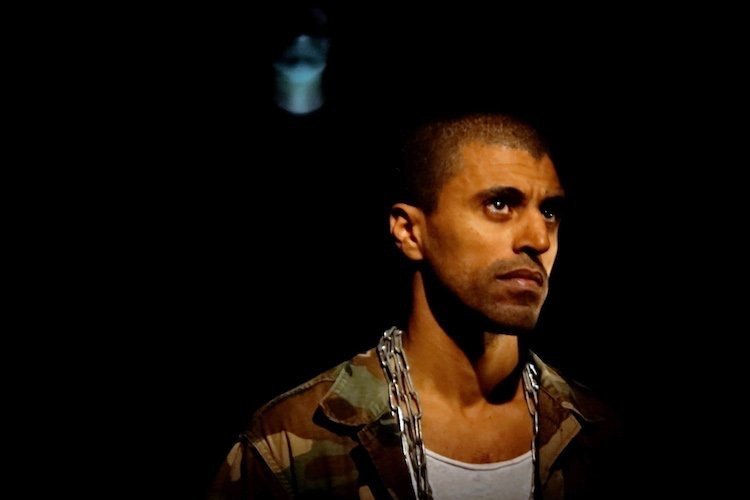 Written by Tomer Yosef & Tamir Muskat, with lyrics by Yosef and produced by Muskat, Yosef’s latest gem it’s called ‘Holy Water’. Now they premiere on FM a rather interesting ‘making of’ video from Ape Records for their latest single…

‘Holy Water’ is a segment of their fascinating sonic world, a clever mix of world vibes, darkly melodic and reggae-inflected numbers…The intriguingly rilevant tune focuses on racial profiling and ultimately turning a negative into a positive….

Hailing from Yemen, Yosef reveals…”I was walking to the studio in the morning, thinking about what kind of song we should do that day…Then I noticed this lady, sitting in her car waiting for her daughter, staring at me. The little girl looked at her mom, and her mom was like, ‘Come inside the car! He’s approaching us!”

It was clear, that the woman was afraid of him because of the color of his skin….”I’m an Isreali, but I guess I look Arab. My origins put me in a mess.” After Yosef arrived at producer Tamir Muskat’s they agreed to transform his ugly encounter into something beautiful…”But we began that session with a big question mark hanging over our heads,” Muskat concludes.

On his solo albums Tomer says…”There are certain unwritten rules when we write for BBB. The musical elements that define the band need to be there. But when we were making the APE single we didn’t need to think about that. It gave us a whole new freedom of movement.” Muskat agrees: “We both knew we needed to find a new tone for Tomer in order to create something fresh.”

The pair started by collaborating on the lyrics, live in the studio. Soon, a song that began as a spontaneous response to Yosef’s ‘profiling’ experience, expanded to encompass the Israel-Palestine situation: Holy Water. “Most conflicts in the world are based on religious differences,” Yosef says. “As someone who grew up with both Palestinians and Israelis, and has no issues with God, I feel that we are all swimming in a sea of ‘holy water.’ We need to be careful not to drown.”

“Finding the right words was crucial,” Muskat recalls. “It guided all our decisions in the right direction, and the music followed easily.” “Tamir and I rarely disagree on musical stuff,” Yosef says. “But when we do, Tamir usually tries to make me fall in love with his idea, or vice versa. We’ve had an amazing working relationship since day one. And it’s still there after more than fifteen years!”

One of the main images in the video, the mud on Yosef’s face and body, came to the singer at the last minute. “I felt the visual meaning needed a little more edge, something that would give people a deeper connection to the text,” Yosef recalls. “So I added a few elements like the mud and the shackles.”

“He’s just being modest,” Muskat says. “Tomer and the APE crew virtually created this video on location. Most of the ideas were improvised on the spot. This was the most spontaneous APE video we’ve ever made!” Yosef was also happy with the end result. “Everything I do in music, Tamir will always have a touch, somehow. It’s just nourishing to work with someone like Tamir. He’s kind of like my teacher.”