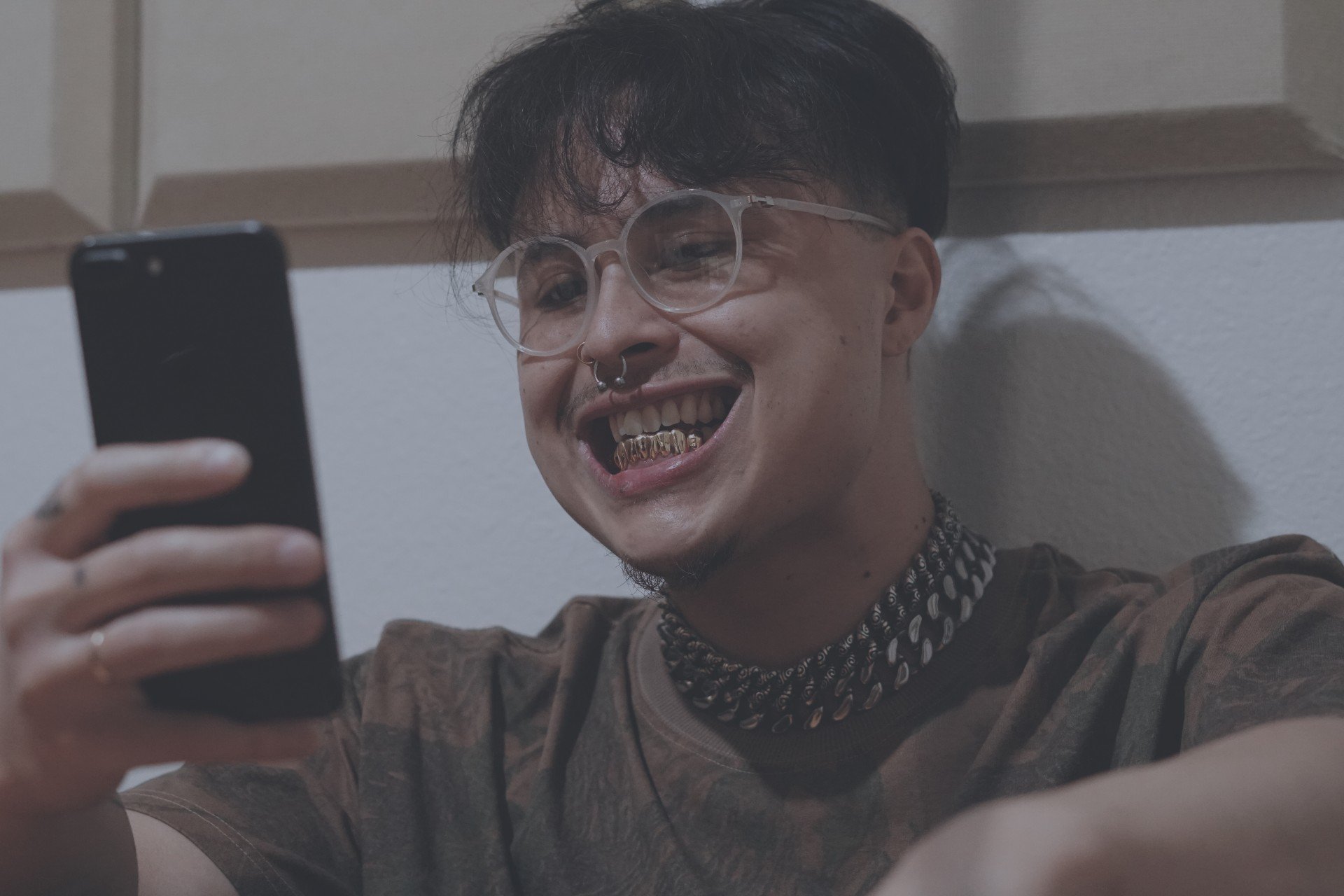 We talked to LA-based wav, eclectic and forward-thinking new multi-genre vocalist and producer. wav describes his work as “an attempt to reflect the goals, values and mentality of his Asian roots”…All of his songs tend to be a one or two take freestyle, cut together by his audio engineer in the spirit of self-acceptance and present moment awareness, embracing one’s imperfections. This is drug + girl feat. US rapper BIGBABYGUCCI.

It’s all vibes, it’s all a good energy i feel like this song is just two rockstars being themselves. I think that’s everything.

Hi guys! Thanks for taking the time to chat with us. How are you doing?

Thank you for having me. I’ve been better, im tryna quit a bunch of shit and on top of that my vocal cords are swollen and an actual doctor told me no voice use for two more weeks. Shit is fucking me up mentally and emotionally haha.

Who are some of your biggest musical and non-musical inspirations and why?

Some of my biggest musical inspirations include Explosions in the Sky (I got a song named after them even), DMX, Kendrick Lamar, Young Thug, Metallica, City and Color and other shit. So many from when i was young that i am probably missing but i don’t really listen to music anymore, and i don’t think you gotta listen to someone religiously just because they inspire you.

And I don’t think I’ve ever really been inspired by anyone non-musically. I had to do most things for myself and essentially every relationship (romantic or and not romantic) I have ever had was hella toxic in some way or another.

What are you thinking right now?

Right now I am thinking how shitty it is that I can’t edit this music video we shot faster. But we do it all so im tryna be easy on myself n patient.

What was the first album you bought?’

Tell us everything we should know about your latest release ‘drug + girl’!

Like all my songs, this is a freestyle that I produced. GUCCI is humble as fuck- we recorded it in the same studio in Hollywood with my audio engineer so its authentic as fuck no one “sent verses over”. We was both fucked up when we did the song. I probably reproduced the drums 12 times because I was so adamant that this shit hit. It’s all vibes, it’s all a good energy i feel like this song is just two rockstars being themselves. I think that’s everything.

Describe your music in 5 words

Do you have any exciting plans to share with us for your music in 2021?

Im gonna release my debut album. I’m working on two more songs with Lil Xelly and I may or may not have another with GUCCI. Ima be experimenting sonically a lot from this point on. I mean I have already but this shit is tame. I got like everything from stuff you could listen to after a radiohead album ends and for sipping lean and getting lit with your boys/girls.