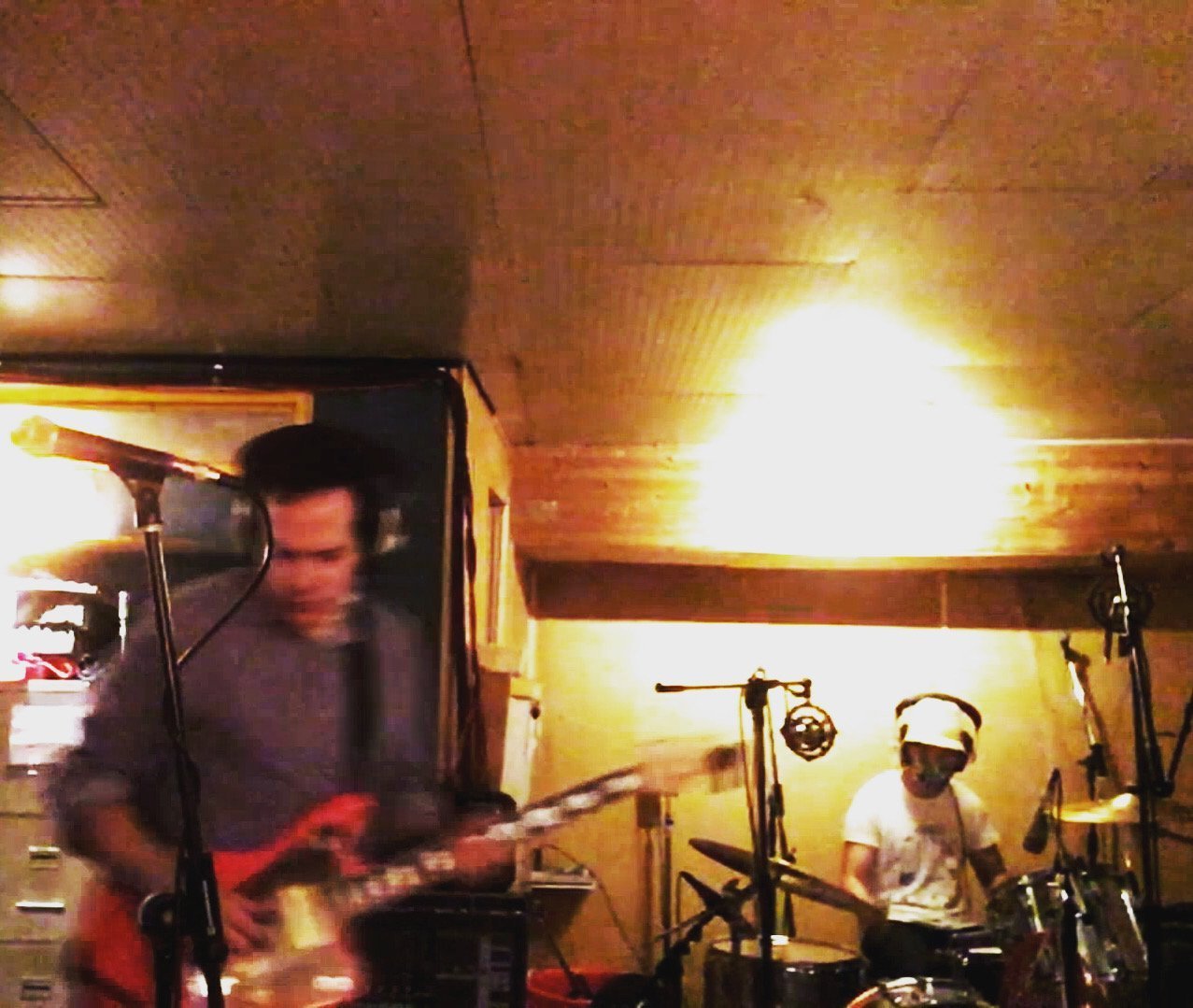 Brighton-based troubadour of disharmony Matt Finucane, presents his rather intriguing yet challenging new album To The Outer World. A collection of post-punk infused gems, recorded with Mik Hanscomb (Junkboy) and two musicians he met at the local circuit – bassist Stephen Parker and drummer Barney Guy, during covid-safe conditions throughout 2020 at Church Road Studios by Julian Tardo of Insides.

Who are the members of the band and what do they play?

I sing and play guitar, Stephen Parker plays bass and Barney Guy plays drums.  We’ve had a few other people in for recording, to break up the manly power trio stank.

What kind of music do you play?

We’re based in Brighton, well-meaning but tiresome party capital of England.

How did you guys come together and when?

I met the other two on the local circuit when I was a depressed singer-songwriter type with an acoustic guitar, and persuaded them to come to rehearse with me in an underground room that used to be a public toilet.

What has been the hardest part of being in a band so far?

Getting promoters and industry, in general, to respond coherently to emails.

Tell us a bit about your earlier days and how they differ to now?

I used to be an alcoholic, so the main difference is I can form memories of the present.  Anyway, I’ve been doing this for years and used to be on the cutting edge; now it’s that point where I could hide my fear of being obsolete behind a nice suit and a greying beard and do yoga, wear lots of nice rings and sing spooky songs about cowboys, that sort of thing.  But I don’t feel like doing that.

I did a low-key solo gig at a small venue here in Brighton, and had a strong feeling at the time that it could be the last one for a while – so I decided to enjoy it… If I’d known then how long the hiatus would turn out to be, I’d have been horrified.  But it was fun, a nice night – guy called Lewis McKale headlined, stormed it.  Check him out.

Probably the live session we did in November 2019 for Dexter Bentley on Resonance FM.  That was satisfying: I love the pressure.

Who has helped you the most in your career so far?

I’m wearing a lot of ill-fitting DIY hats, here – but probably the above-mentioned Mr Bentley, Chris at Plugged in Brighton zine… there’s a few (that I haven’t had to pay for their time).

My new album To The Outer World is out now, and after that – we’ll see.  It’s a little hard to predict right now, but easy enough to imagine a mad scramble for gigs once the venues re-open – we’ll have to fight like rats in a drainpipe not to get pushed to the back, probably.

It’s kind of you to assume I’m new.  As a masochist, I’ve been doing this for years and it’s certainly not getting any easier; I see a lot of younger bands starting out, smacking into a glass ceiling within a couple of years, then breaking up under the impact.

Who is the hardest to live with on tour?

Who is the joker and why?

Who moans the most?

Who is the most rock and roll and why?

Who is the loudest?

Barney: that bloody crash cymbal tinnitus thing.  I can always turn my amp up, of course

Who is the most annoying?

Oh, me. Singers though, right?

What’s the most embarrassing thing anyone in the band has done?

We’re like politicians, we never admit to embarrassment.  I wouldn’t drop the others in it anyway.

Who would you most like to collaborate with in the Industry?