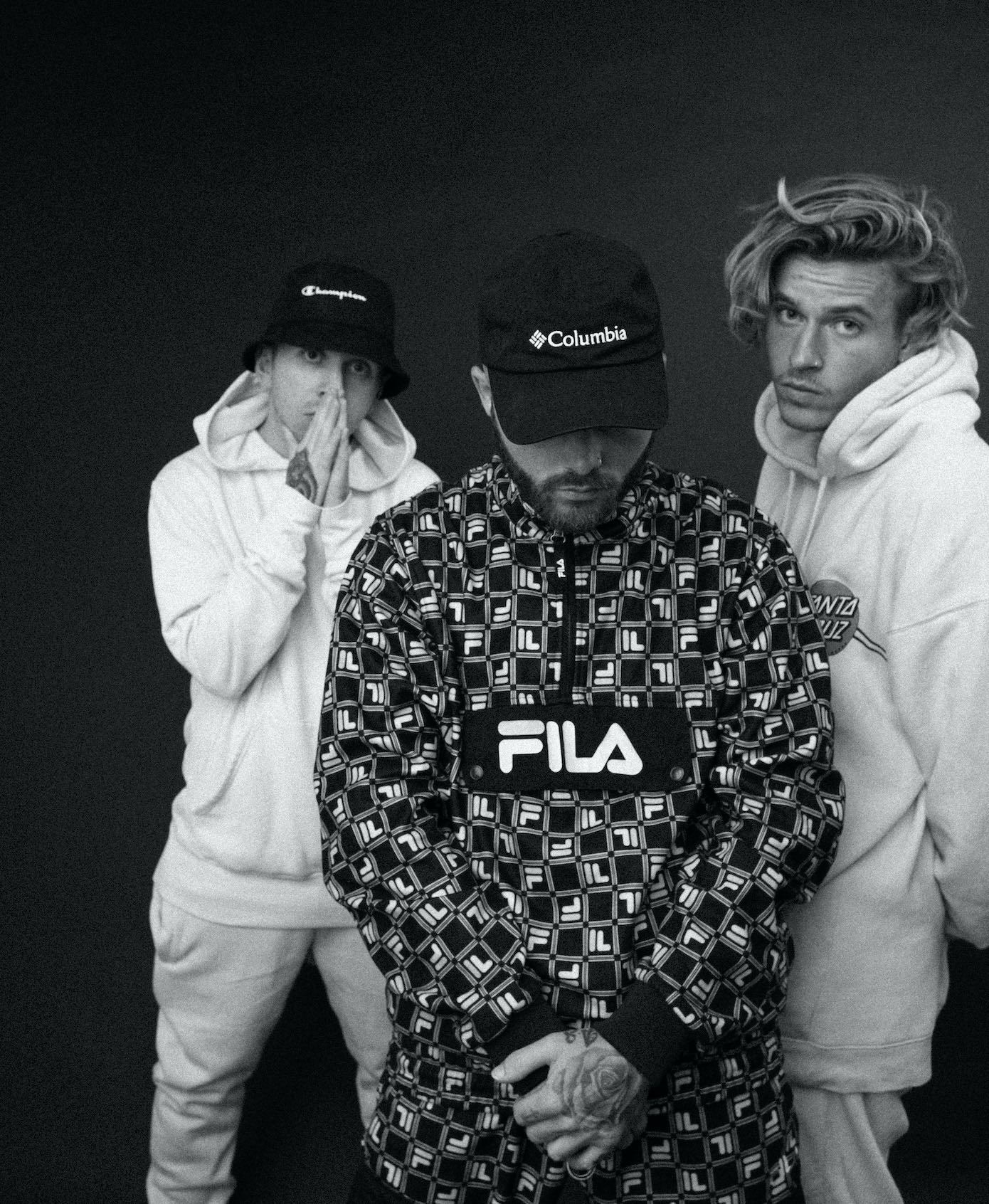 Bristol favourites KOKO have returned with their fantastically brooding, yet feel good, alt-pop EP All Together Now. The EP is completed by their brand new single Why Can’t You See Me, a curveball to the rest of the EP’s vivaciously stomping bangers, the track see the band strip back their sound to simple sustained pads and an acoustic guitar, with no percussion at all – proving they’re a band unafraid of bringing the light and shade.

Ranging from the deep reggaeton vibes and pumping basslines of So Nice To Meet You, to the dulcetly soft beats of All Together Now, the EP carries a theme that seems to resonate more than ever now. Taking a positive outlook on life, no matter what it throws at you.

This is something the band have had to face head-on during the pandemic. If it hadn’t affected the band’s plans enough, frontman Ollie even contracted the virus early on. However, they pushed through and continued a busy schedule of releases, even holding writing sessions over Zoom to keep things moving. The release of this EP proves to be yet another defiant remark in the face of it all. Arriving shortly after they made a triumphant return to the stage at Hamburg’s Reeperbahn Festival, KOKO are proving they’re a band there’s simply no stopping. We chatted to the trio about the new release. Check out our full interview below.

‘Why Can’t You See Me’ offers such a different sound to the rest of the EP, yet another example of how unique and varied KOKO’s sound is, who and what are the biggest influences on your music/songwriting?

We do love taking at least one song in every release into a slightly different world, we did it on the Follow EP with Tell Me Do You Care as well! With influences, it varies dramatically, we love pop, we love old school hip hop and we love a good house beat – as we’ve all come from different backgrounds musically that fusion is what makes the distinct Koko sound!

How long was the EP in the works for?

About a year! We always have a lot more tracks in the locker, but had to narrow it down to 4 for an EP, these were the 4 tracks that sat well with us at the time – there’s plenty more exciting stuff to come too!

What’s your favourite track on the record and why?

Collectively we think it’s So Nice to Meet You. It’s a bop! The instrumental bit is the hook in the song, which is something we’ve never done before. It’s a feel good track, and the one we have seen most people dancing to!

What was it like writing and rehearsing over zoom?

Not the best!!! We definitely discovered that we are a band that do best when all together in a room and the vibe is there, you lose a lot of energy with shitty wifi and freezing screens! We wrote a lot of beats and lyrics, but a lot of it came together so much quicker when we got back in a room together!

Ollie, how are you doing now after having contracted covid?

It was a wild ride! Bed bound for almost 3 months, that sucked! I’m fully recovered now and feel better than ever, but it’s a horrid thing to have to go through – WEAR A MASK!

You recently made your return to the stage at Hamburg’s Reeperbahn festival last month, how did it feel to be back?

OMG actually insane! You don’t realise how much you miss it. The last time we’d played before then was January. Finding out Reeperbahn was happening and could go ahead was amazing for us as we’d had a lot of cancelled summer festivals. Germany has been really supportive of Koko so it was amazing to get back and play there, despite the funny restrictions (social distanced seated shows!).

Being one of the stand out acts emerging from Bristol’s bustling music scene, who are some of the other artists from the city we should be checking out?

Definitely check out Phoxjaw – that’s Ollie’s brothers band. They’re amazing and we are working on a collab at some point in the near future. BIG LOVE GUYS! We also love Icarus – we’d love to get a collab in with those guys too!