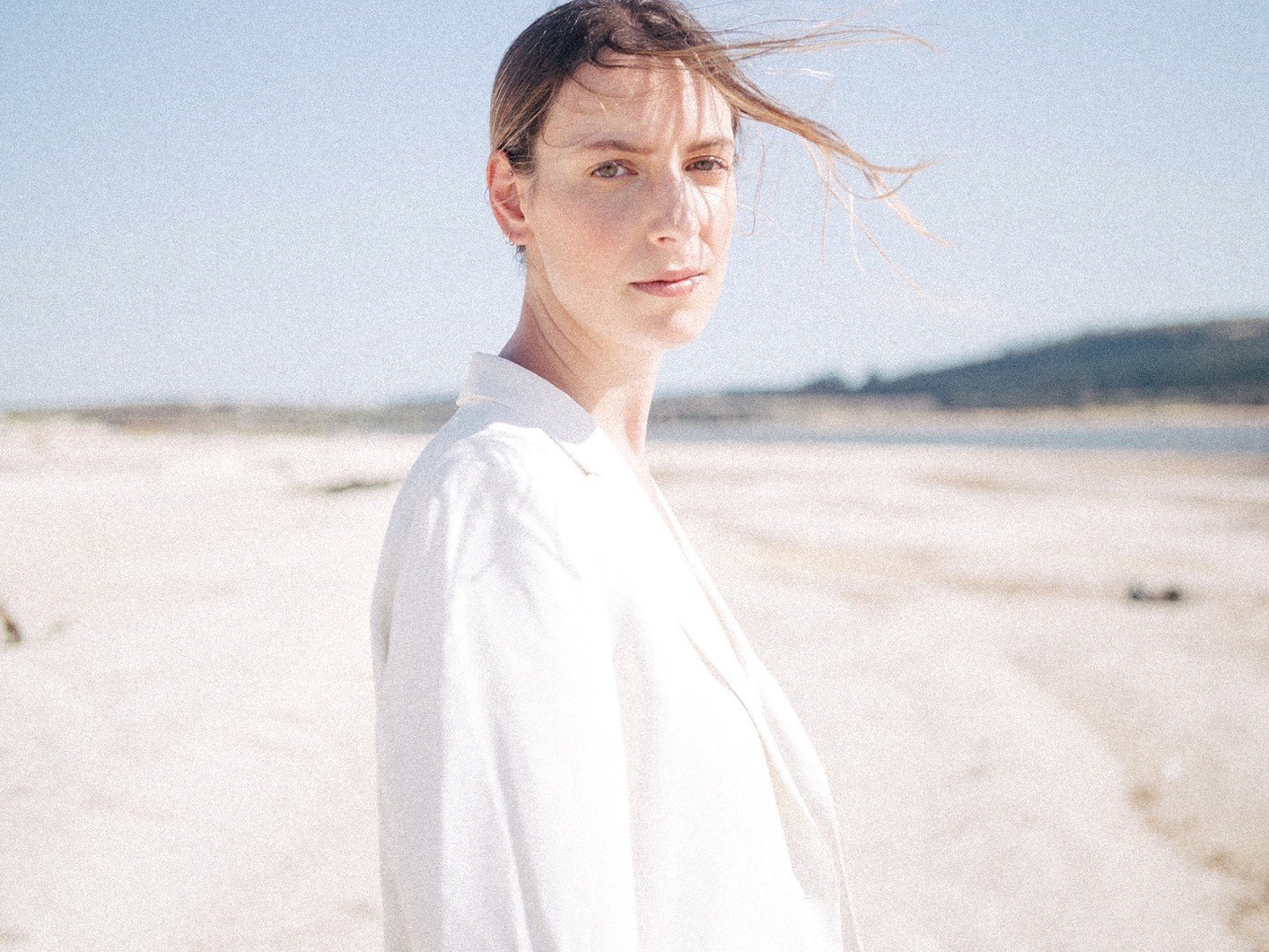 Released earlier this year, the stunning music video for Irene Skylakaki’s deeply emotive track Under Water is making waves across the blogosphere. Haunting in both its visual and audio beauty, director Lilena Marinou has created an exquisite visual accompaniment that matches the captivating sonic experience crafted by Greece’s own Irene Skylakaki.

So that sense of loss is parallel to what we also see in the video, metaphorically and erotically. The dark shadows, the feeling of asphyxiation and isolation.

We caught up with both Irene Skylakaki and Lilena Marinou earlier this week about all things ‘Under Water’, creativity and the lasting effects of COVID….

What inspires you both, in either your songwriting or filmmaking?

IRENE: I usually look for inspiration within a song. I come up with chord sequences and start singing random things on top. Eventually an idea or a lyric stands out and I feel an urge to keep going until the song is finished. My songs are usually formed from suppressed subconscious thoughts and allowing these thoughts to become songs is a way of ‘switching on’ my inspiration.

LILENA: I am very moved by people, women in particular. It’s always exciting for an artist to be surrounded by individuals who are eager to share their story, their thoughts or even their concerns. I draw a lot of inspiration from my inner circle and I often look retrospectively to my own experiences. I feel like the pandemic has awakened a need for all of us to look more introspectively. When I find a story that intrigues me, it starts to take form visually in my head, as images, far before it develops narratively on paper. Sometimes, I even allow the imagery to determine the progression of the story.

How would you describe your individual, and collaborative if you wish, creative process?

IRENE: Over the years I’ve re-defined my relationship with songwriting a few times but what has remained the same is that writing music makes me feel like a child – free and open to miracles! While working with Lilena I realized quickly that we shared this child-like enthusiasm towards our crafts and spending time together in this project was so much fun. There was a real connection between us both aesthetically and artistically which led to this music video.

LILENA: Irene and I met through a beloved and very talented mutual friend, theater director Emily Louizou. All three of us grew up in Greece, spent several of our academic and professional years living abroad (myself in NYC, Irene and Emily in London), and finally made the return back home to Athens during the pandemic. It’s been a beautiful and creative time, but we both have had to process feelings of alienation after being absent for so long,  on top of making big life changes. When Irene and I spent time together, I felt as if we were soothing each other. We were able to work creatively but also take on the role of confidants. I am certainly grateful for that.

I know this project was originally for a film, SOMETIMES (when it’s dark outside), back in New York, but what was it that appealed to you in Irenes track, ‘Under Water’, that made you want to take on this project?

LILENA: When I first listened to ‘Under Water’, it felt as if the song was the musical equivalent of my film. There are a number of parallels between the two works, from their seemingly tranquil nature to the hidden darkness that is revealed in their duration. Peaceful, sweet music and visuals, which develop into harrowing lyrics and disturbing imagery. They complemented each other perfectly, making the film re-editing process a real pleasure.

What was it that drew you to Lilena Marinou and the film that would later become the music video for your track ‘Under Water’?

IRENE: Watching Lilena’s video for SOMETIMES (when it’s dark outside) I was amazed by the depth of the allegories and the beautifully alternative aesthetic. I instantly saw the connection with my song and wondered whether it could be a good match. Lilena re-edited it to match the tempo and lyrics of my song ‘Under Water’ and I fell in love with it straight away!

Do you believe the current world situation as a result of the global pandemic has affected the meanings within both the track itself and the video? And if so, how?

IRENE: I think the meanings within the song and the video are always there but what we choose to notice depends on what is going on at the moment in the world or in our heads. That is the beauty of art.

LILENA: The film was shot the weekend before one of the biggest capitals of the world – New York –  went into full coronavirus lockdown, which makes it the last weekend that public places were busy. The car-filled roads that we see in the video would empty just a couple of days after. The aquarium and beach, also deserted. One of the busiest cities in the world would become silent.

So that sense of loss is parallel to what we also see in the video, metaphorically and erotically. The dark shadows, the feeling of asphyxiation and isolation. This music video/song is the telling of a bitter love story, whose feelings are awfully similar to what we have been experiencing worldwide for the past year due to COVID. Directorially, I tried to allude to an optimistic ending in the music video. The path through the loss and defeat of a relationship on film captures the sentiment of liberation. It’s what gives us the strength to move forward, to mature. Considering how people’s relationships – particularly of young people – have been in the spotlight during the pandemic, I want this video to be a message of hope that we can find the courage and strength to move forward despite the circumstances.

How have the events of this last year impacted you both creatively?

IRENE: I released my latest album Souvenir in November but haven’t been able to perform it live in front of an audience yet. :/  So the standard creative process of writing, sharing, performing before you start writing again has been disrupted this time. I’m still happy I released an album during this crazy time and kept going even though the circumstances are far from ideal.

LILENA: For a long time throughout the past year, I was not in a creative mindset at all. Sometimes there are days when I still struggle with that. I feel like I’m just reaching the turning point where I’ve processed what has happened and I’m changing gears, allowing myself to create through all the reflection I did.

Can we expect any collaborative projects from the two of you in the future?

LILENA: Yes! I cannot wait for the two of us to work together again and make something from scratch.

Finally, is there anything you would like to say to everyone who is a supporter of you both or an aspiring creative?

IRENE: If you’re an aspiring creative read Steven Pressfield’s ‘The War of Art’. If you’re a supporter, thank you 🙂

LILENA: I think being less apologetic and instead defending your creative choices is a big one for me. And avoiding to work with people who have a prejudice against your age, race or gender. You end up wasting a lot of your energy trying to prove yourself to those people, when you could spend it on yourself and becoming a better master of your craft.