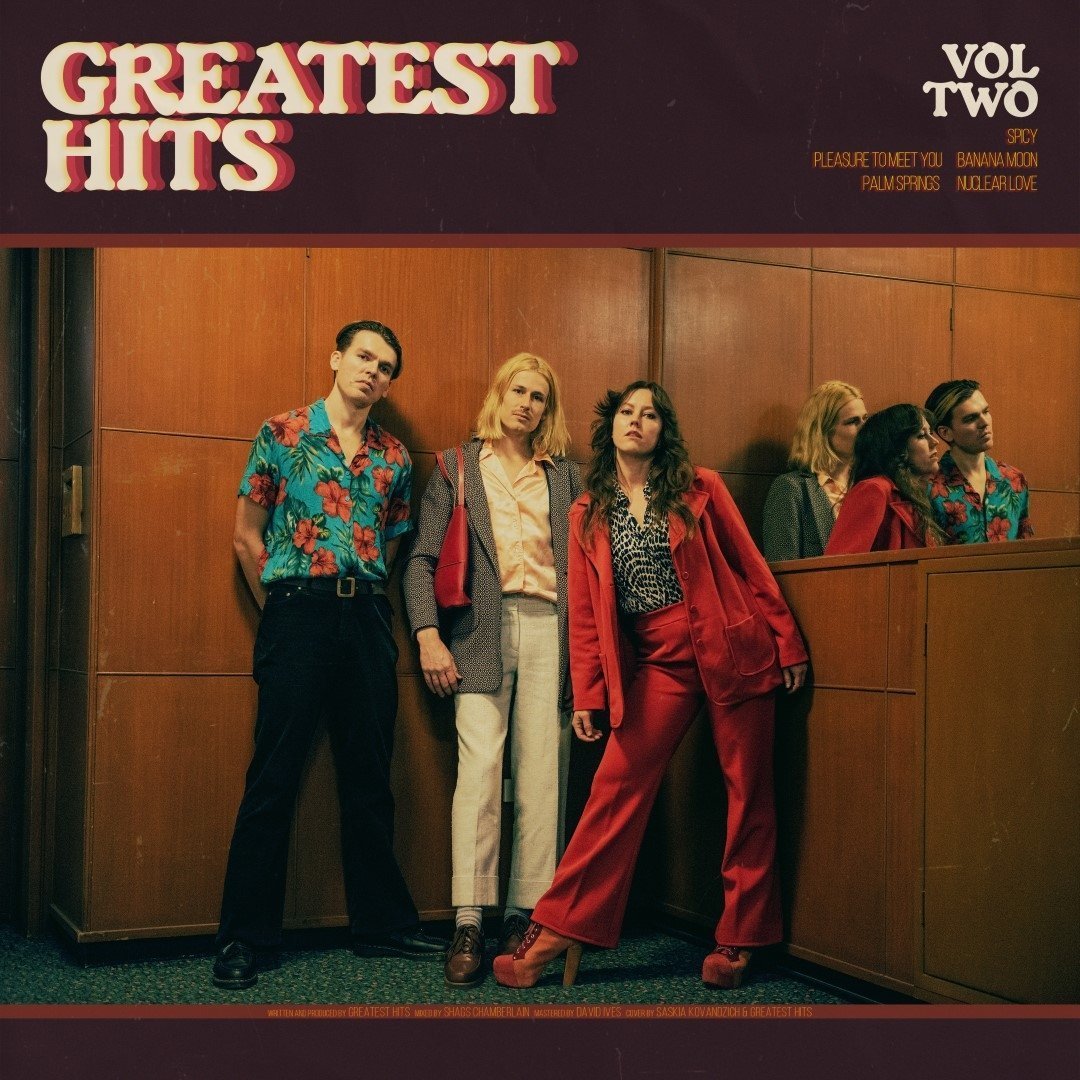 We recently recommended Nuclear Love, the new single from Australian/UK hybrid Greatest Hits, out a few weeks back. Now the new EP is finally out and it doesn’t disappoint. If you’re looking for some sunny upbeat indie-pop – and who doesn’t want that in December! Then look no further. Their new EP ‘Volume 2’ is out now.

To celebrate we asked the band a few questions, get to know them below.

How would you describe your music to a new listener?

Our latest release has a pretty broad palette, from 60s rock to an INXS influenced dance ballad! Bass-led grooves, percussion, and hooky vocal melodies are at the heart of our sound.

How would you describe the aesthetic of the band?

One of our favorite ways we’ve been described is, “dressed like art teachers from the 60s”

Talk us through the inspirations behind the EP

I don’t think we could put it down to a particular thing. Each song on this EP has its own journey and flavour. So it’s been more about pulling the best out of the individual song and letting it be what it needs to be.

How would you describe your creative process?

An idea will get to 80% pretty quickly, and then it goes into a folder we share. The songs we’re stoked about get worked on further. That last 20% is much more of a slog – lots of revisions and experimenting. We do most of the work at our little home studio, which can be a double-edged sword – there’s the risk of overthinking things, but it also allows us to take our time putting the jigsaw together.

Do tracks find you, or do you have to find them?

I think it goes both ways. Making music, you long for those moments when a song is effortlessly beamed into your head. But the reality looks more like consistently working on songs, and then occasionally that discipline allows the magic moments to happen.

Since you released ‘Vol. 1’ how would you say you’ve grown as a band?

We’ve learned to be more collaborative, more resilient, and more ok with giving ourselves the permission to experiment.

Would you say the environments you’ve existed in have shaped the way you write music?

We’ve moved around a lot as a band (from the UK, to the US, and Australia), and it’s impossible to not let those places, people, and feelings become a part of our music. I think being shaped by your environment is inescapable! Inspiration doesn’t exist in a bubble but comes from what you’re surrounded with.

If you had to attribute one thing that’s responsible for getting you into music/forming the band (whether that be a person, moment, artist, etc) what would it be?

As far as forming the band, I was asked to play bass for the band Halfnoise (Zac Farro of Paramore). I had been playing guitar in a bunch of bands, but that tour with Halfnoise really opened my eyes to how exciting and melodic bass could be – particularly when putting it at the centre of songwriting.