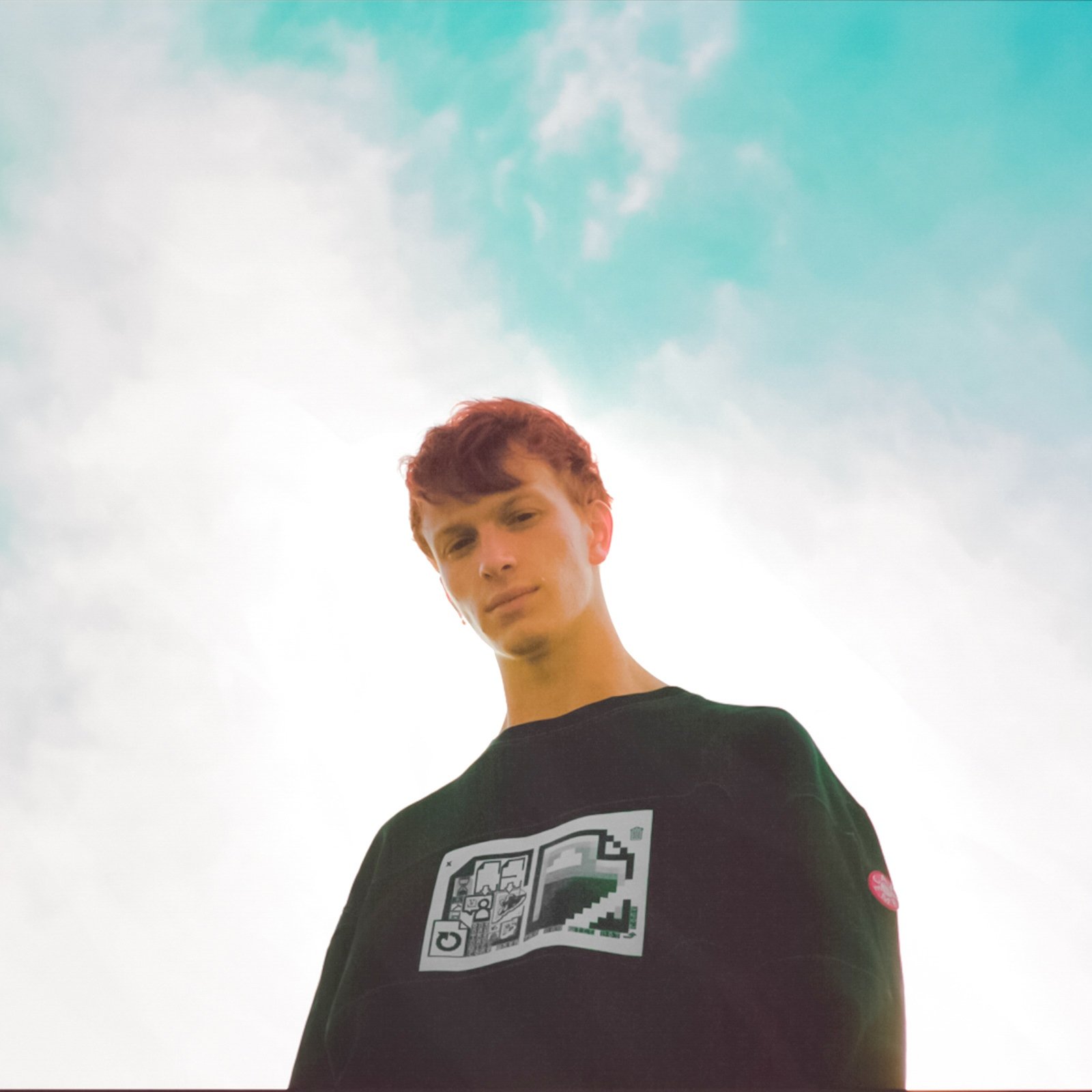 Kicking off the summer with his latest release Summertime, Edenhill is making his presence known across the British music scene. Crafting a swirling sunshine-filled experience made up of twinkling synths and hypnotic vocals.

In a world that feels like it never stands still, I feel my songwriting works with this constant state of change.

Hey Edenhill, how are you?

You released your new single ‘Summertime’ last week, can you tell us about the themes and thoughts behind the song?

My friends and I went swimming in the sea at midnight in Autumn. It was cold, dark, and very reckless, but it was such a freeing moment at the time. I just wanted to immortalize that feeling forever. To create something that was so unapologetically positive and upbeat that it took me back to that place once again. I used the imagery of summer to evoke an innate positivity in the lyrical content of the song. Found some chords that reminded me of that feeling from that night. Put them together and ‘Summertime’ was the result.

What do you hope your fans take away from your music?

Whatever they need at the time. I want to write songs for experiences, our highest highs, and our lowest lows. I hope that my fans can take away a sense of community and of not feeling alone.

How have you kept your creative juices flowing over the past 16-months?

Sheer boredom has been the reason behind it. There are only so many times I can play animal crossing without feeling that there may just be more to life. Truthfully though, I feel I’ve been more creative the past 16 months because of the circumstances. With everyone’s lives seemingly being turned upside down, I turned to music as a way to cope with it all and to create some normality. Writing songs gave me a positive and fulfilling escape when I felt trapped.

How does the writing process work when coming up with new material?

The process Is so unique for every song. For example, some songs I’ll write in the car, some will appear in melodies in my sleep, others come from ‘musical jam sessions’ I have with my computer (where I find a beat and riff over it). It’s all so random. The only constant within it all is that I record every idea I have. No matter where I am or who’s around me, I’m more afraid of missing an idea than being judged. Because of that, I’m writing everywhere I go.

You’re stranded on a deserted island, what three albums would you take with you and why?

Jeff Buckley – Grace. This album does something wholly unique: it ties each song together with masses of space. Every song seems to embrace silence which gives the album a calming breath it. That makes it dynamically very exciting.  It truly is a masterpiece. Unique, experimental and with songs that cohesively flow perfectly into each other.

Frank Ocean – Blonde. This album because it seems to soundtrack a lot of experiences In my life. And, when trapped on a desert island, I imagine It’d be nice to have something to fondly remind me of memories.

Peter Gabriel – So. This album is home to some of the greatest pop tracks ever written. As well as being unapologetically 80’s, in the best way, every song has character and depth. It still sounds progressive to this day and I always find it exciting.

Dream tour. If you could play with any musicians, who would you choose and why?

It’d have to be The 1975. They’ve become a special band for me and my friends and I’d take a lot of joy out of performing alongside them. I think about the idea a lot.

In a world that feels like it never stands still, I feel my songwriting works with this constant state of change. I’m unafraid of writing multiple styles of music and want to always be in the pursuit of developing. People seem to be more embracing blending genres now and of artists that don’t stick to their lanes. With how much my songwriting changes, I hope my music can grow with the people that listen to it. This desire to progress is actually what inspired my forthcoming EP. I wanted to showcase my songwriting ability and demonstrate how I can move from writing a pop song to a ballad, from something joyous to something drenched in anxiety. I wanted to show life in duality.

Much more music. Within the next 2 months alone I’ll be releasing 2 more singles and then an EP. After that, I’ll be back in the studio recording the follow-up EP, which I’m writing at the moment. Then, covid permitting, I’m hopeful that I’ll finally be able to start touring. I hope to get to play my first live show.