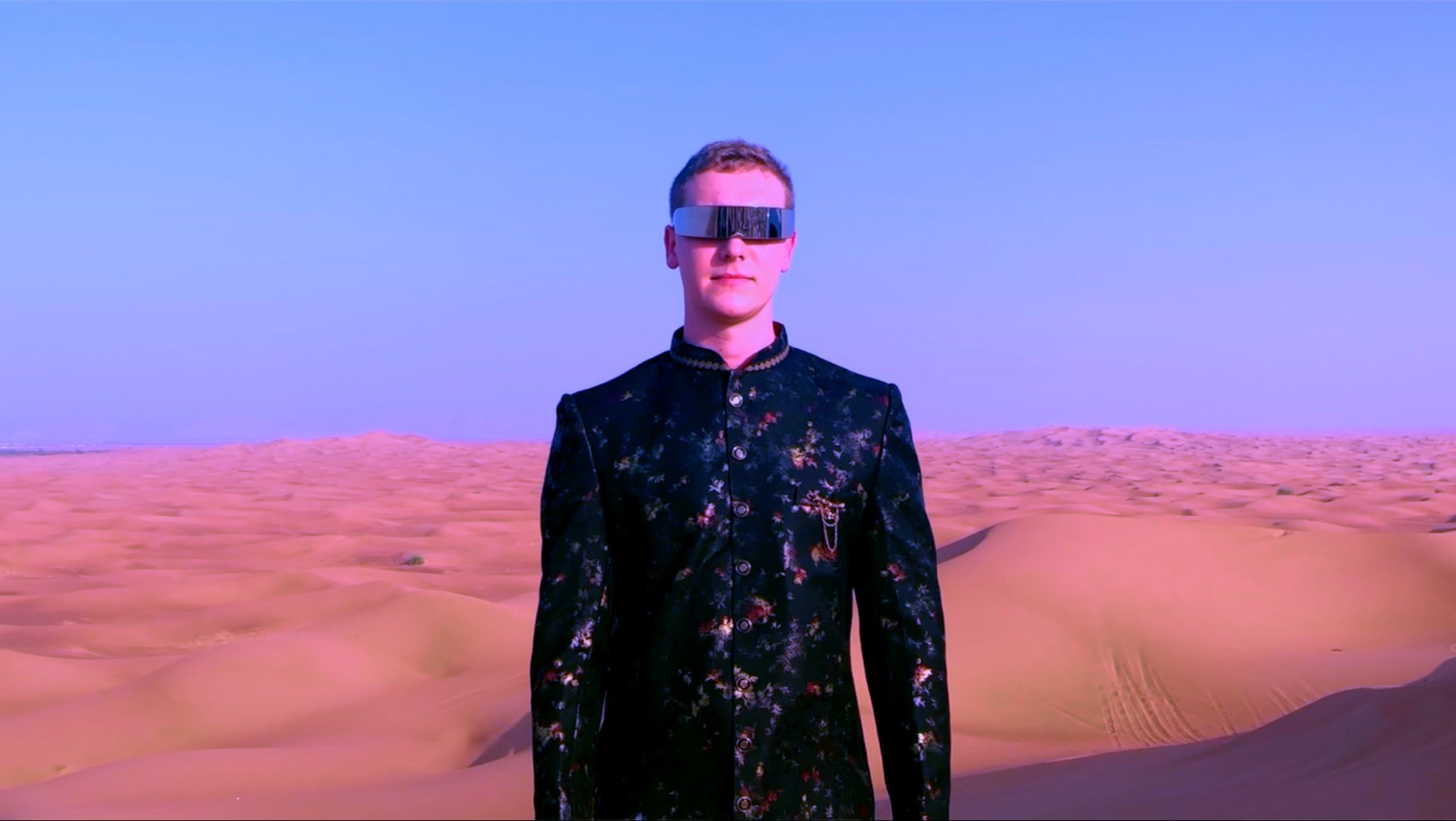 London-based CJ Brogan is set to release his debut track Stereo Passion on the 24th of September with accompanying video shots across the vast deserts around Dubai. Launching as an independent singer-songwriter behind a time-defying musical concept with its own story and personality, the rising producer’s first single offers an infectious blend of House, Funk, and Disco.

CJ Brogan started performing when he was 15 years old and has been constantly evolving ever since to reach the professional attitude and determination of who he is today. Greatly influenced by his stay in the ultra-chic modern environment of Dubai, and pouring his futuristic imagination and passion for all things Sci-Fi into his music, Stereo Passion is just the start of a musical project set to transport listeners to a time-defying inter-galactic dancefloor of smooth melodies and feelgood vibes.

We caught up with CJ Brogan to find out more…

Hey CJ Brogan. How have you been?

Hello. I have been well, and in a constant state of change. The only constant as of late is everything is becoming subject to variability. I hope you and all reading are well.

Why did you choose CJ Brogan as your artist name?

In many ways, I chose and didn’t choose it. It’s a nickname I picked up as a teenager, and I’d rather not people knowing my real name.

Tell us everything about your new single ‘Stereo Passion’.

‘Stereo passion’ was the first song in years of writing that I felt had the potential for a release. I started the song years before and only through constant evolving reached the point where I felt it was ready to let go. It culminated in an array of influences creating visions of what I wanted the video to be like. Whether it achieved that I don’t know, but what I do know is that it serves as a reflection of what I set out to make, and in that sense, I became content with what it turned out to be.

I like sound. I like particular sounds, and they tend to lead me in the direction of what I write. I don’t have a melody in my head and transcribe it into music, I hear the sound and that feels like the next logical sound (to me at least) is what I decide to follow with. I experiment a lot with sampling, different sources of sound such as software and real instruments, and I am a self admitted technophile, one who is obsessed with technology. What style of music I write depends on the sound I play at that moment really. I enjoy making electronic music and manipulating the hazy blur between analog and digital.

When did you start writing music and performing?

I was taught how to play several instruments as a child, but I didn’t catch onto it until I was a teenager, and a guitar became a tool for me to express what I couldn’t put into words. I first performed in high school, and have occasionally performed since then.

Who are your musical inspirations?

There are many I admire, from Jeff Lynne to Randy Goffe, mount Kimbie, the early pioneers of Chicago house, daft punk, Chromeo, Steve Monite, Empire ofthe Sun, people who seem to capture the imagination in sound or caught mine.

What was the first album you purchased? Which artists are you listening to right now?

The first album I ever purchased? It’s hard to say, I remember the first CD I owned was given to me by an AuPair, it was Demon Days by the Gorillaz. I still enjoy their music and actually now own the same album on vinyl.

I am still writing, and hopefully am going to receive some aid from someone well known in terms of audio engineering. I won’t say who. I have already begun to prepare for the next step in my writing. Hopefully when the time is rightI can share it with people. I don’t get a big satisfaction from receiving attention from my art,the making of itis where my passion lies,the desire to release comes from a want to legitimize myself and in some ways, move past the song I release.