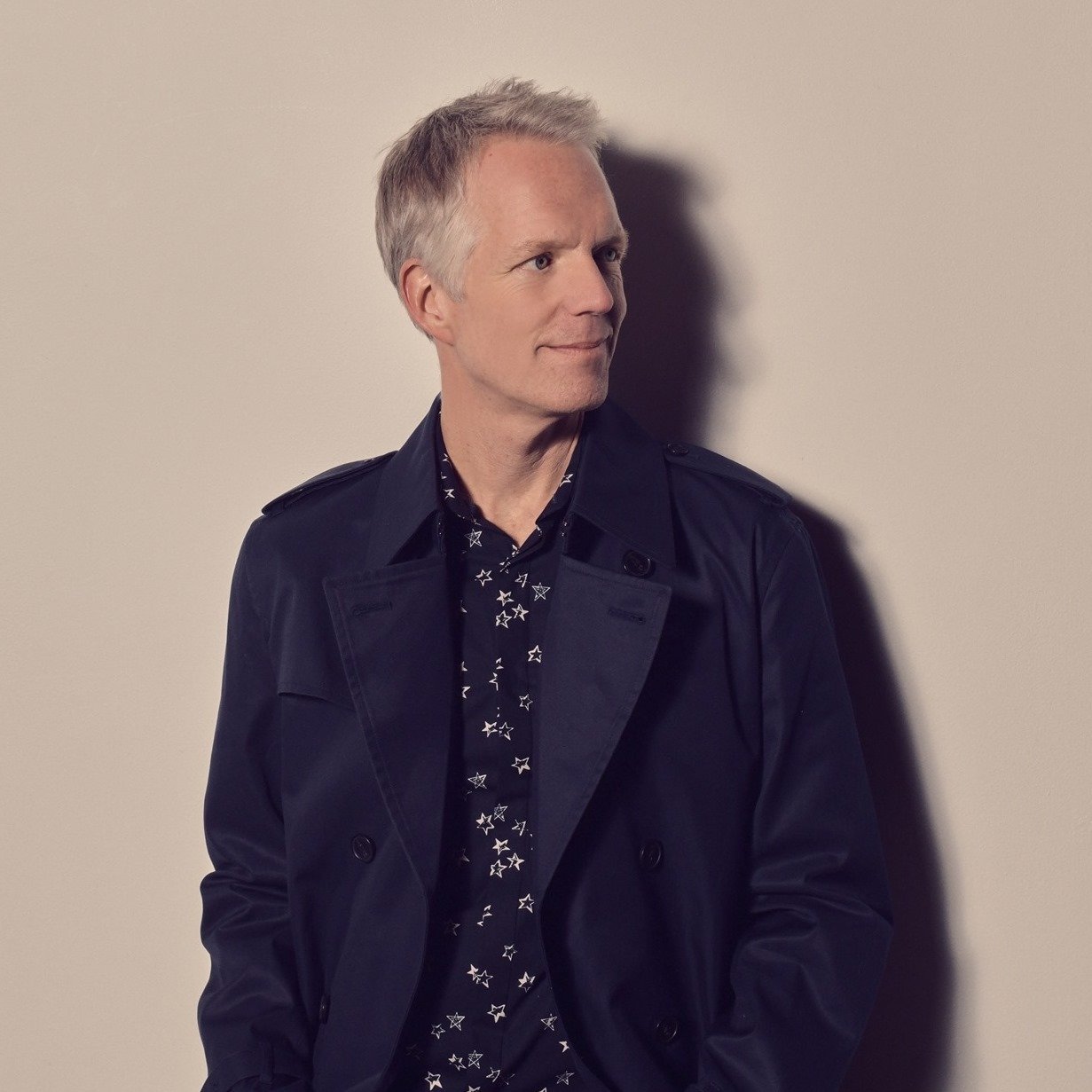 Chad shared some reflections on this bountiful musical career with us.

For almost 30 years now, Chad Lawson has been releasing his delicate piano arrangements in his own unique style. After his early years performing in the Chad Lawson Trio, he has gone on to release 8 studio albums. He hit the number one spot in Billboard’s top classical albums with his Chopin Variations in 2014 and more recently has been guiding listeners through meditation techniques in his podcast Calm it Down. Chad shared some reflections on this bountiful musical career with us.

How did you originally get into music?

Actually, I didn’t grow up in a house of music. Neither of my parents played instruments but growing up as a kid we used to watch a show on television called Sha-na-na.  They were a doo-wop band and I was completely mesmerized watching the pianist play just playing away and jumping around, dancing. It looked like he was having the time of his life. I was 5 years old and I knew that was what I wanted to do for the rest of my life. So my parents rented a piano and I started taking piano lessons from a teacher in the neighborhood. That was 41 years ago and I still take lessons today 🙂

What was your musical journey like before starting your first group The Chad Lawson trio?

Classical. Strictly Classical. Which I really enjoyed to be honest. I had my heart set on going to Peabody Conservatory in Baltimore, Maryland so while a lot of kids were listening to Van Halen I was listening to Vladimir Horowitz. I also knew I wanted to be a pianist. There was never a question about it. So, I was taken the steps in front of me at the time in becoming that and I loved every moment of it.

What were you wanting to achieve in this group? Were you only focusing on touring or did you have plans to make an album all along?

The Chad Lawson Trio really came together on a whim, to be honest. It really happened out of thin air.

In 1997, I decided to record some original songs I had written and give them to my mom as a Christmas present. I hired 2 local jazz musicians, recorded the songs, gave the CD to her on Christmas and to be honest thought that would be it. Just a Christmas gift.

A few months later a jazz radio station in North Carolina was hosting a showcase contest and was inviting artists to apply for an opportunity to perform. The winning artist would then have a featured showcase on behalf of the station. So, I said ‘why not?’. And on a whim I entered. And then won! I didn’t have a trio as the guys for the CD were just session players. So, I started asking around, found a drummer and a bass player and said “we have a gig!”. It was awesome.

The DJ, Jerry Carter, from the station phoned me when he heard the album and said “Hey, you’ve really got something.” He then sent it to some national radio industry people and before I knew it the album was charting on the national jazz charts. No label, no real ‘release plan’, just stations continuing to add the album which would lead to a written review which led to more stations adding the album.

So, in all honesty, it was purely chance. But sometimes that’s how it happens right. Something comes together because we’re not nervous or anxious about whatever it is we’re pursuing. I wasn’t hanging my career on the hopes of a radio showcase so it was a “just for fun.”. Why do I have Frozen’s “Let it Go” in my head now…. 😉

What was it that inspired you to start releasing on your own in 2009? What do you feel has been your biggest achievement in your solo releasing career so far?

I loved playing with the trio. I truly did. The experience playing with two other musicians was tremendous education in listening, reacting and more importantly, patience. We took an immense amount of inspiration from Keith Jarrett’s trio as they are the kings of waiting for the precise moment in taking the music somewhere.

But I had been wanting to do a solo piano release for quite some time and around 2007 we each took a pause to pursue other interests and that is when I started writing my first solo release. I had just finished playing a brief tour with Julio Iglesias and felt it was time to play something intimate, even vulnerable, and solo piano was the voice for that.

It’s really hard to pin point my biggest achievement. It’s funny. When you’re hiking up a giant hill each step feels like a mountain in itself but every now and then you stop to catch your breathe and look back and say “whoa, I didn’t realize I had come this far already.”, which then gives you that boost to keep climbing. I’m nowhere near the crest of my proverbial mountain but I can say with great humility each time I look back I shake my head in wonder “wow, really? I’ve come this far already?”, even though I’ve been doing this for 20+ years 😉

All to say though, and I mean this wholeheartedly, it was at the release of Set on a Hill that people started writing to say how much my music was helping them through difficult seasons.

That, for me personally, is my biggest achievement. Because when I think about these emails, how my songs are ‘the soundtrack’ if you will, it’s almost overwhelming. “We walked down the aisle to your piece.”, or “we had your music on when our child was born.” These are key never-forget moments and these people have decided to make me a part of their forever-memories. That’s incredible! Every time they hear ‘that song’ they’ll think back to that moment or vice versa. I will never take that for granted as it still blows my mind each time I hear something similar. To me, that’s the greatest achievement.

You started doing your own podcast Calm it Down last year. Can you tell us a bit about how this came about?

Thank you for asking as Calm it Down is truly a passion piece for me. As I just mentioned, the countless emails how my music is holding he hand of people through difficult seasons of life; be it a divorce, passing of a loved one, or just having a rough day is something I take not for granted in the least. And once Covid hit and the lockdown really went into effect, those emails were triple the norm. My heart just broke and I knew I had to do something more.

I had been studying the science of music & mental health for quite some time and I just kept hearing in my head “start the podcast, start the podcast.” I had never created a podcast but I love to write and obviously I have a studio so I said “I want to be there for these listeners. I want to get into the grit of life with them.” Eight months later and hundreds of thousands of downloads since, the podcast has taken on a life I never would have imagined; and I couldn’t be more grateful.

It’s an immense amount of work out of time I truly didn’t have to begin with but the response has been so incredibly overwhelming I can’t imagine not continuing. These listeners are family to me and I’ve learned so much about my own self in creating it. It’s been beautiful.

It’s on a brief summer break at the moment as I’m traveling (I’m literally writing this on a flight home from London) and I’m also in the middle of writing my next release, so I needed some air during the summer but it will return in September and I can’t be more excited.

You have already released When the party’s over this year which is an amazing solo track. Whats the back story of this track and what else do you have planned for this year?

In one word? Billie. Ha! I just love her. I love everything about her and Finneas (who I think is incredibly brilliant). But that song just strikes at the heart, doesn’t it? Her heart is just naked and you hear it in every word she sings. Not to mention, she and Finneas have created a most vulnerable track OVER a ridiculously creative chord/harmonic structure in the song. It’s truly magical. So, I just had to record it solo piano. I had to.

With planes still not necessarily ‘in the air’ so to speak, I’m locking myself in my studio as I finish the next release. I’m going to take advantage of this summer break from the podcast and not being able to travel so that I can finish writing. I am over the moon excited about this upcoming album and cannot wait to share it with the world.