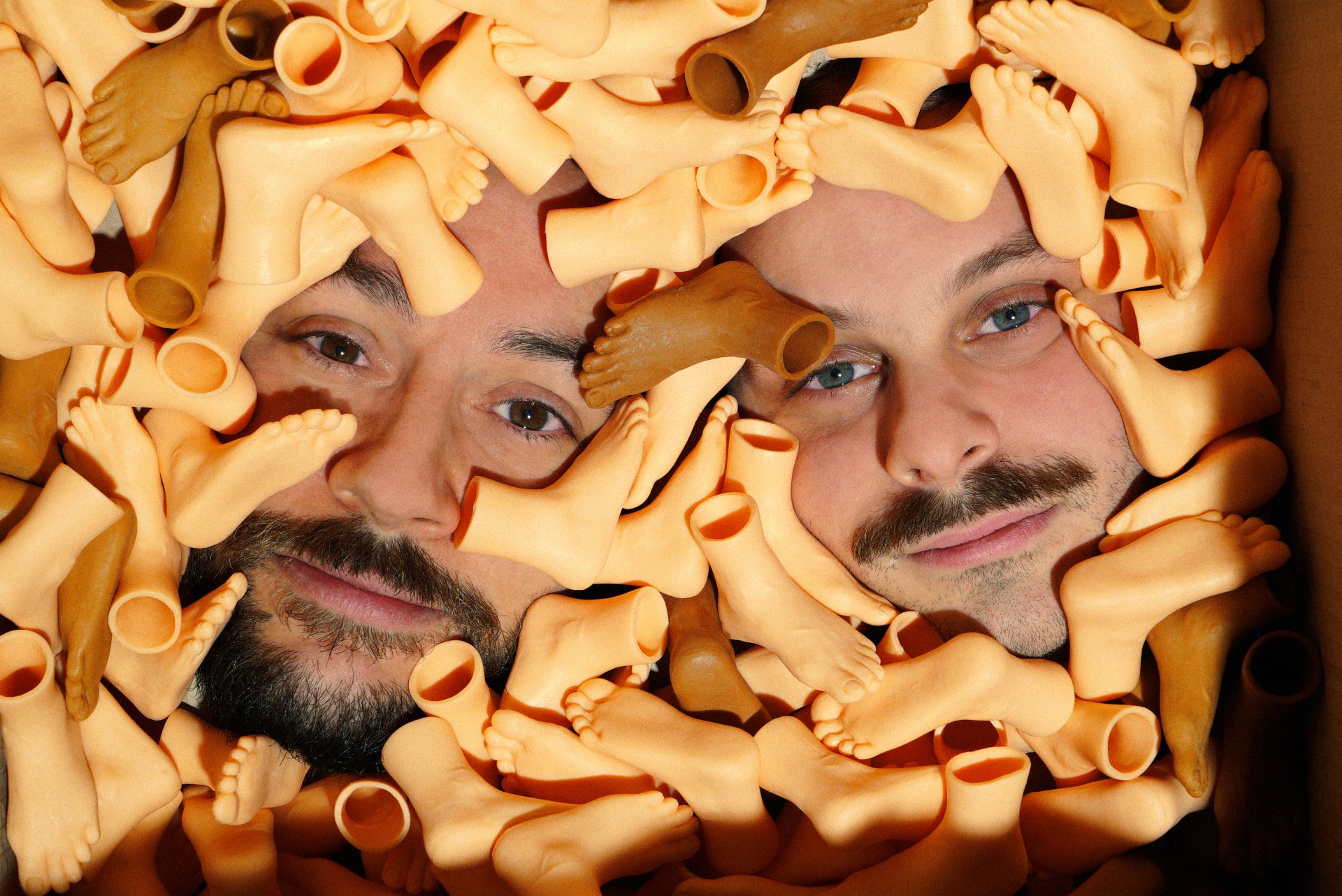 Belgian duo Antoine Geluck and Nicolas Mouquet have been releasing music at Twin Toes, inspired by the indie waves of the early 2000s and gaining critical acclaim for their work. Their new single Lost in Playlists evokes feelings of early Metronomy or MGMT, Exploring the stress and anxiety of catering to Spotify’s algorithm. The new video follows the duo recreating every well-known playlist cover in a genius, comical fashion.

We spoke to the Belgian duo below

Nico: Linkin Park, Hybrid Theory. Then my uncle told me it was really commercial and handed me Roman Candle from Elliott Smith and said “listen to that kid”.

Antoine: In Utero by Nirvana I think. I had just received Nevermind. Then each month, I was buying LP’s of the band one at a time with my pocket money. My next love story was Radiohead (The Bends) & dEUS (In A Bar, Under The Sea)

It’s a hard one as it’s constantly changing, but for now, we would say: Superorganism for the endless ideas and the humor they put in their songs. Dirty Projectors, for the freshness of their melodies. Vampire Weekend for the lightness and the colors. Patrick Watson and Emile Mosseri for the melancholy.

Mainly food. Ottolenghi, Ramen / Noodles, gyozas, and dried sausages (the ones you can only find in Belgium). Special beers, here are some tips from Belgian experts: OMER, Orval, Grosse Bertha. Surfing in Belgium, yes you can surf here. Antoine even tried to surf in the center of Brussels with his skateboard. A very sad story, his skate flew in the canal after a not-so-controlled ride. Wes Anderson movies and cartoons on a Sunday morning.

Tell us about your debut single ‘Lost In Playlists’.

Every band wants their song on official playlists. So we thought it was fun to do the opposite and put official playlists in our song. We first realized that if we put several names of playlists one after the other, we could build sentences and tell a story. It was a hell of a puzzle, but we think we have managed to write a poetic song from something that it is not necessarily at first. “Lost in Playlists” talks about a heartbreak that we would try to forget through music, by getting lost into all those Spotify playlists. Going from one emotion to another, from one mood to another.

Eating noodles & gyozas everywhere in the world. Now that we finally released a track, we want to play live as much as possible and never stop releasing new tracks until a first EP around early 2022.