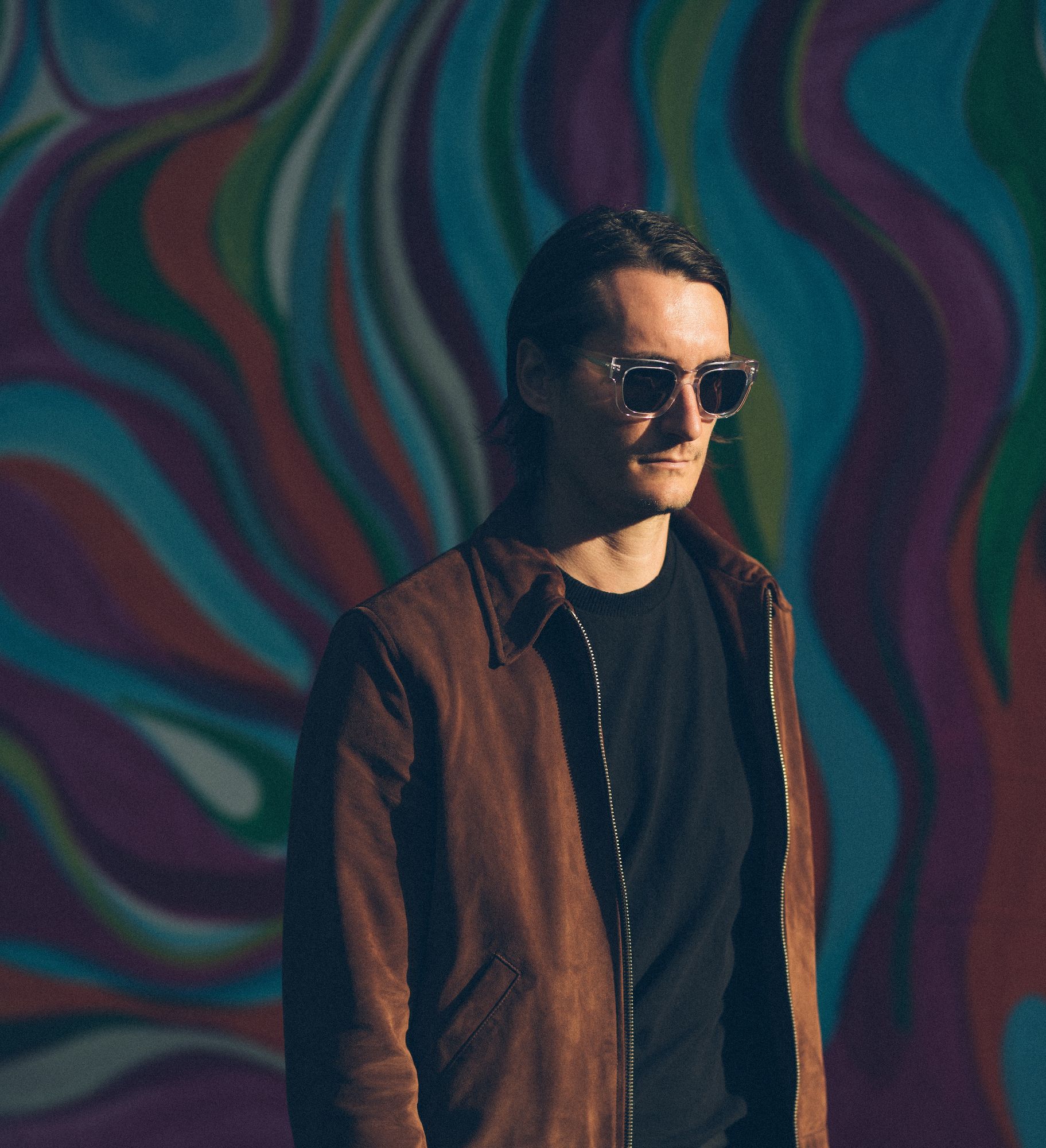 Black Sands – Andrew Balfour, Milwaukee-born, California-bred, and Amsterdam-based eclectic producer – talks to us and presents his new rather intense and personal track Old Ghosts, the ideal prelude to his darkly enticing and vivid electro-pop offering…

Can you elaborate on the meaning behind your song ‘Old Ghosts?

As I started writing again for Black Sands, I was struggling to cope with the recent death of my sister. She had struggled with drug addiction for many years, and finally lost that battle a few years back. Ever since I’ve been trying to move through the complex emotions that come with losing someone so close to you. Instead of looking at your past as something you need to move on from, I really wanted to draw inspiration from all of my past experiences — the good, the bad, the ugly — to use them as motivation to move forward and acknowledge those things make you who you are. Beautifully imperfect.

Calling back to the darker, industrial and pop rock like NIN and Depeche Mode I wanted to pay respect to those bands while modernizing the song. In essence, also paying respect to my sister and her struggles.

What inspired you to call your project Black Sands?

I’ve always been inspired and attracted to contrasts and something that feels unexpected. While traveling around the world I’ve had these feelings in places like Hawaii, Greece, Iceland — volcanoes and the sea or fire and ice. When I started writing music again I wanted to do something intentionally different than my previous bands. I wanted to bring people from all over the world together, with differing backgrounds and styles to create something new yet familiar. Blending R&B, Rock, Pop was something that actually felt very familiar but new to me. Similar to that feeling when you experience a black sand beach.

How did it feel to come back to music after your terrible loss?

I found it difficult to do really normal things in life. After 8 years of not having any interest to play music again, starting to write again felt necessary.  I didn’t specifically set out to use music to help me channel my emotions, but it really just poured out once I started writing. I would write music and songs every day. Upon reflection, I think I needed music to help release some of the complex emotions I struggled to articulate or understand.  I also think it shows up in the music. The lyrical themes and musical feeling are darker and complex focusing on loss and coping with that, but I think it’s something a lot of people can relate to.

When you’re writing a song, how do you know when you have an idea worth pursuing?

I have been very intentional in the way I write for Black Sands. I start with a feeling, mood or emotion that I want to convey. Once that feeling is captured, I let it guide me to where I need to go. I suspend judgment on whether or not I believe a song is good or bad. Sometimes songs come out in a day and just feel right. Sometimes I throw it on the shelf and it reignites something with me a few months later.  If there isn’t something that you can connect to on an emotional level, it needs a new perspective or time to evolve. That’s usually when I bring in a collaborator and have them bring some new life or perspective to a song. Seeing somebody breathe new life into a song or be inspired by a half-finished track is always a good sign there’s something worth exploring further.

Where do you like to listen to your music?

Anywhere and everywhere. Walking around or riding my bike around Amsterdam is always a good time to listen to something new. A great song can change a moment in your day or inspire you to see a neighborhood in a brand new way. I think the most inspiring time for me to absorb music is when I’m watching a good series or film on Netflix. If you hear a track that really creates a good mood or atmosphere in a movie, there’s something worth exploring in what captured you in that moment.

Do you put a lot of pressure on yourself?

Too much. 😉 I’m very competitive but mostly with myself. I use that competitive drive to motivate me to always do better. However, when it comes to collaborating with other people I love to support and lift people up.  Creating a positive environment to write and take risks is more enjoyable and helps you build something positive.

I’m so bad at this, so I’ll steal some of the words other press outlets have said about the songs I’ve released so far this year.  Genre-bending (is that one or two words?), magnetic, dynamic, electric, hopeful.

I have a lot of new music lined up for release in 2021. I’ll keep writing and collaborating with new people around the world. Next year will be more of an exploration into a more pop-driven sound. I can’t wait!