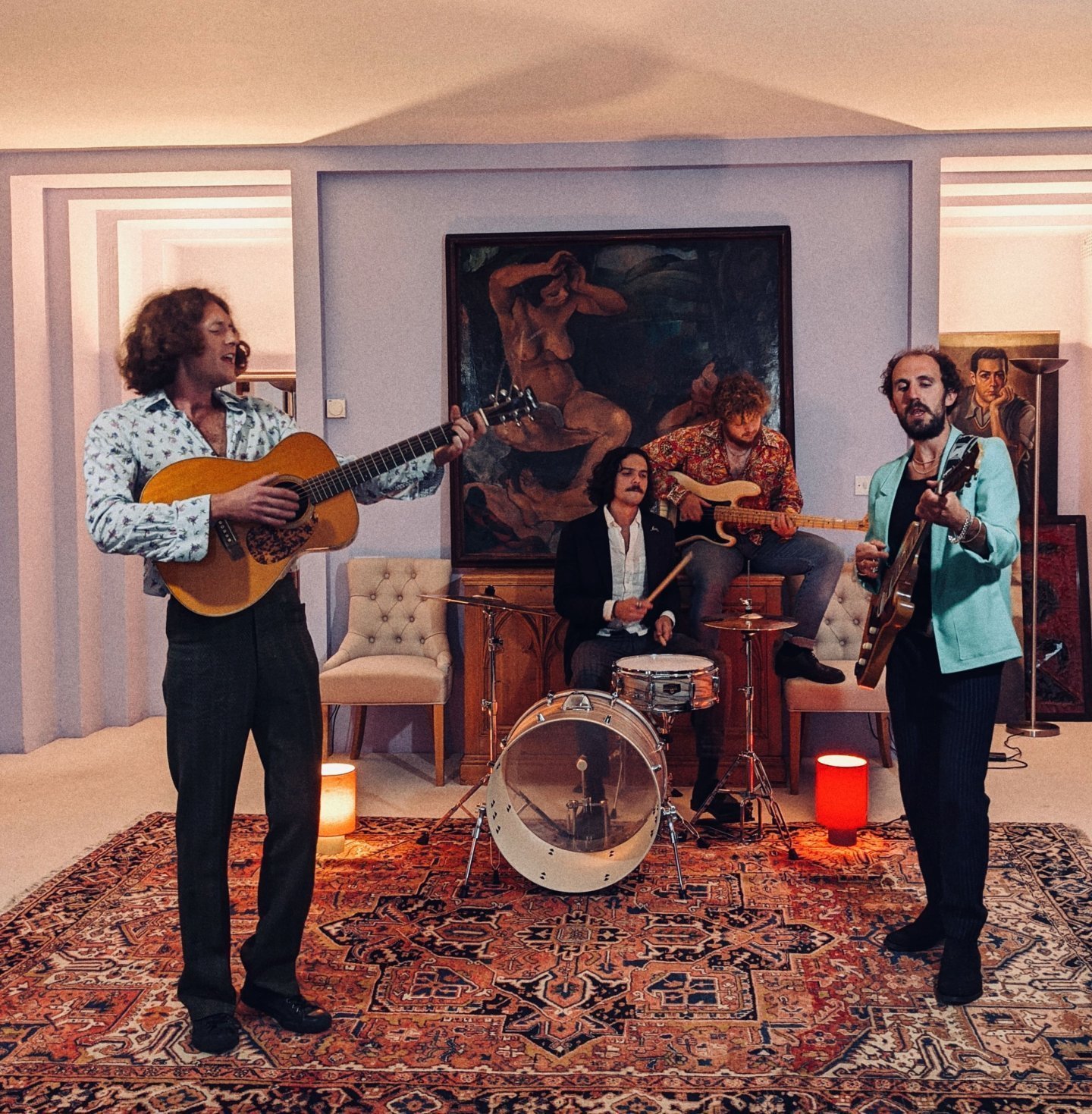 Bringing psychedelic indie rock’n’roll back to the forefront is Ballin’ Jacks with their debut single “Success”. The London-based band has been developing their sound for years and have now launched this addictive track for us all to hear.

“Success” certainly takes us back to the ‘80s rock’n’roll sound with clear influence from the likes of the Beach Boys and Phil Spector. If anything, the band really plays to the strengths of the lyrics infusing kaleidoscopic melodies with cynical vocals to create a harsh take on success in general, revealing the reality that we all feel.

Mixed and mastered by Brett Shaw at 123 studios and recorded between 123 Studios and Konk with Josh Green, “Success” is just one of those songs that you can’t help but hear in your head again and again.

Talking about the track, Ballin’ Jacks said: “‘Success’ is a joke really; it is a cynical look at showbusiness from the outside looking in.”

The band also dropped a music video for their debut track, which has been directed by Oliver Bradley-Baker, and sees Ballin’ Jacks performing at a luxury white villa. The band members perform on various balconies, roofs, and platforms. Giving us insight into their performance vibes as well as managing to empower the song with this visual.

Hi Ballin’ Jacks, we hope you are well today. Can you tell us more about your single “Success”?

It’s a bit of a joke really, kind of like the Groucho Marx line about not wanting to be a part of any club that would accept him as a member. Yet here we are joining the queue…hypocrites.

Where did the inspiration for the song come from?

It was written in this miserable place just off Sunset in LA. We met a series of interesting characters over a few days and just found the whole thing quite amusing.

Konk is an amazing studio and Josh is a really great guy, brilliant engineer. It was only afterward that we realized how much pressure we had felt to ‘nail it’, we weren’t relaxed and thought that kind of came across in the music (through no fault of Konk or Josh!). Brett is a zen-like figure and knows his

studio like the back of his hand. It’s full of old tape machines and such, we ended up re-recording most of the rhythm track and vocals for Success at 123. The whole album has come together super quickly since we’ve been working with him. It’s been great!

The track is your debut single, what made you choose this track as your first release?

It was the first song we wrote and kind of sets the tone musically for the rest of the album.

You also dropped a music video for the track, can you tell us what that was like to film?

It was directed by Ollie Bradley-Baker, what was he like to work with?

Ollie is fantastic… he has a fried egg on scrambled eggs for breakfast.

We see you having a great time on the set of the music video, from performing in various places on the building to swimming in the pool. Where was the music video filmed? And, did you have fun on set?

It’s this mad, Art Deco house called Joldwynds that looks almost like it is in Palm Springs, but is also clearly in the Surrey Hills. It’s often used as a location for Hollywood films, Blythe Spirit recently, but the owners are sort of patrons of the arts and were kind enough to let us use it for the video.

The track is taken from your upcoming debut studio album, which is set to be released in summer 2022. Can you tell us more about the album and what we can expect from it?

Will there be a similar vibe from the album and from the follow-up track?

Success kind of sets the tone musically, although the next track is quite different.

How would you describe the sound and energy of your music?

Throughout the summer we were just working with Brett on demos, without a drummer or bass player who we had lost over the past year for various reasons. We met Joao, the current drummer, for the first time on a Saturday in July this year, then went into 123 on the following Monday and Tuesday and ended up recording what is the bulk of the whole album. It was very spontaneous and that probably comes across in the music.

This may well be your debut single, but Ballin’ Jacks began in 2014 with multiple line-up changes over the years. Can you tell us more about what happened during those years?

George came to see the band in 2015 when it was just a 3 piece and decided he wanted to be part of it. After putting on a night at which Ballin’ Jacks played, and various chance meetings, we asked George if he was up for joining the band. We

were open to having a keys player at that time and he said he was really up for it. A few days later, we were a bit confused when he turned up to the first rehearsal with a guitar instead of a keyboard. It turned out he wasn’t a keys player and had actually wanted to play guitar all along. He’s played guitar in the band ever since. We spent the next few years gigging, playing at Glastonbury a few times before taking a year out in 2018. We got back together late in 2019, which is when Fred joined the band, with a view to making some kind of album, only for coronavirus to hit. Rudy was lucky enough to be living in a place with a little home studio in the garden shed, which we also use to rehearse in now. He spent most of 2020 writing and making demos for what was to become this album.

It’s pretty different to the old lineups. Getting Fred in on piano was a key moment as he is from a classical background musically so adds a completely different element. Joao has a great groove, and Euan is brilliant on guitar as well as bass so that will be something to work on too.

Where do you draw inspiration from? And what artists inspire you and why?

All over the place! At the moment basically, everything Daptone Records produces is a big inspiration, they are such well-crafted records. Of course, there are loads of great bands around now, Alabama Shakes, Timber Timbre to name a few. We love the energy of Phil Spector’s records. The melodies and harmonies of the Beach Boys.

You also performed at Latitude Festival. How did it feel to be on stage performing?

That was the first Ballin’ Jacks gig in over 3 years so it was great to be back on stage. It was the first time any of these songs had been performed live, you have to bring something really different to a live set than in the studio. There was a great crowd and they seemed to like it!

And, finally, what can we expect from you in the coming months?