UK company Ultimate High are giving Emmerdale fans the chance to fly the Northern Ireland skies with their favourite characters. The flying school, based in Gloucestershire, is heading to Northern Ireland for the Emmerdale Extravaganza, organised by Scottish company George Walker Events.

The event will see a cast of 40 Emmerdale stars get involved in a variety of events at the Ulster Folk & Transport Museum, followed by a glitzy dinner dance at the Culloden Hotel on Saturday June 7. 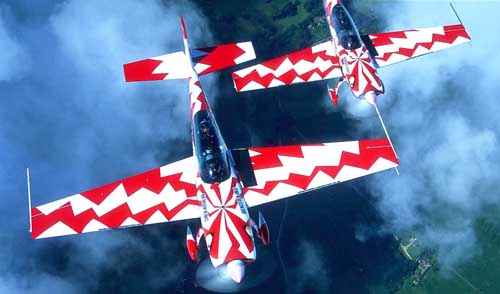 And Ultimate High are giving fans the opportunity to become a pilot for the day.

Mark Greenfield, managing director of Ultimate High, said: “We’ve got a number of cast members from Emmerdale coming along to fly in our aerobatic aeroplanes the Extra 300, which are the world’s leading two-seat stunt aeroplane. 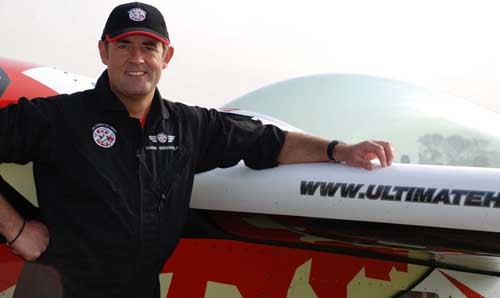 “There are also people from the public, who have raised sponsorship in aid of the Anthony Nolan Trust, coming along to fly the plane themselves”.

The team of former military pilots will be taking lucky guests on a flight of a lifetime.
“The Extra is the aerial equivalent of a Formula One car”, said Mark.

“This amazing aircraft can pull ten times the force of gravity. But all our flights are tailored to the individual from gently and mild to wildly and exciting to cater for everyoneâ€™s comfort levels and bring them back down to earth with a huge smile.

“We do the take off and we teach them how to fly, left, right, up and down, then we show them basic aerobatic manoeuvres and if they’re up for it we’ll actually have them do a loop themselves, that’s their challenge on the day.

Participants will don military style flying suits for the flight and even get their own Top Gun call signs.
So whether you fancy yourself as Maverick, Ice Man or Viper, the Emmerdale Goes Loopy challenge is a once in a lifetime opportunity for any budding pilots.

Mark added: “A lot of people look at aeroplanes and think that’s beyond the realms of what they are able to do so to give people the opportunity to do that is just great.

“To get into the Extra 300 and being able to fly some gentle aerobatics manoeuvres is tremendously exciting.

“The participants will be raising money for the Anthony Nolan Trust which is a very worthwhile cause and the opportunity to support this charity is something we didn’t want to turn down.
“It should be a brilliant weekend and we’re really looking forward to it”.

The Emmerdale Extravaganza events include a 10 km family bike ride, a 5 km run, an abseil and 5-aside football and golf.

The event aims to raise much needed funds for the Anthony Nolan Trust, which takes back lives from leukaemia by managing and recruiting new donors to the UKâ€™s most successful bone marrow register as well as undertaking vital research leading to improvements in the effectiveness and safety of bone marrow transplants.

To book tickets or to register for the events log onto georgewalkerevents.co.uk