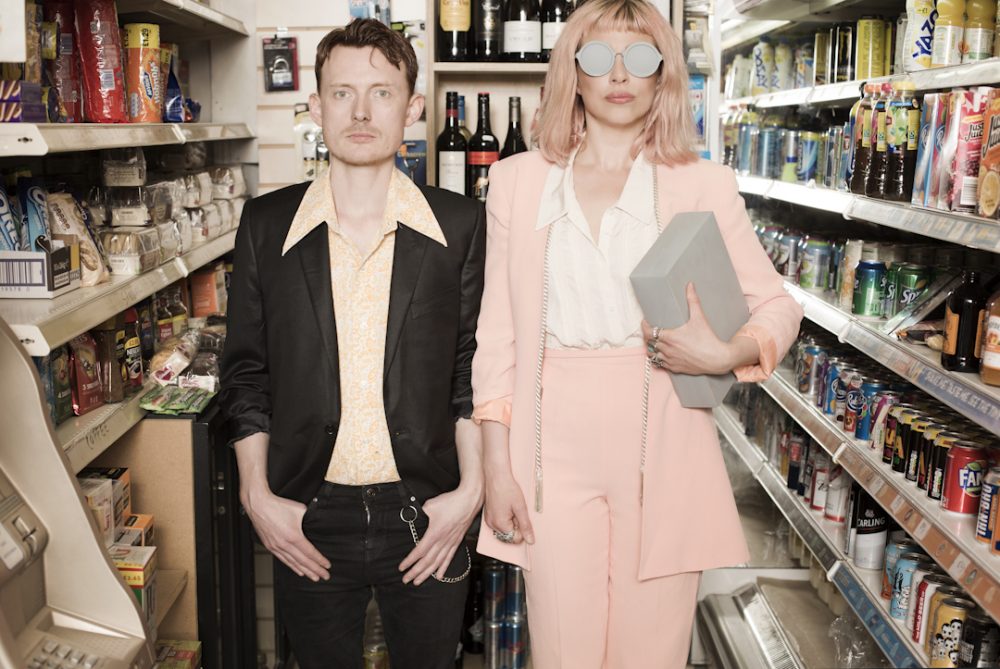 Hi All Flags Are Grey, how are you today?

A bit agitated to be honest ,it’s really hot in London today and the nearby shops have run out of fans so we’re channeling our inner air con!

What’s your new single ‘Bare Bones’ all about?

Bare Bones tackles the subject of addictive behaviour and self inflicted loss. It’s about showing vulnerability, self loathing and feeling trapped. The video to the track tries to visualise these feelings whilst exploring Shibari Rope Art ideas about domination and submission. This also represents the elaborate manipulations of the ego and its strangleholds.

You’ve both worked together before on musical projects, but what was it that brought you together to create All Flags Are Grey?

Yeah, we worked on various music projects before some of which were featured on MTV, NME and Kerrang. We met again at a friend’s film screening and decided the time was right to do another project. 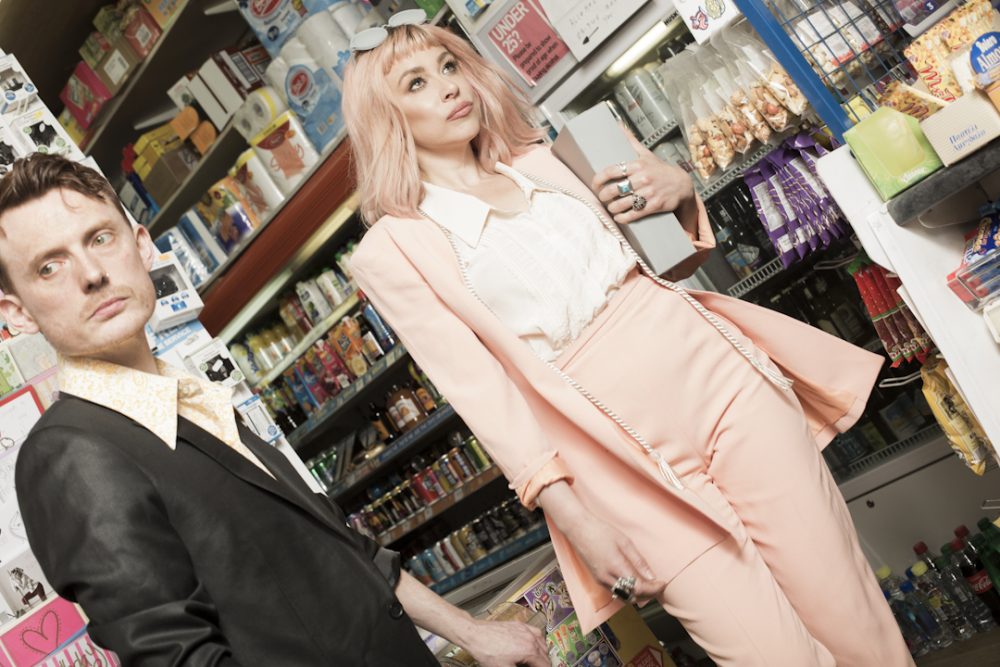 Elegant, destructive, coarse, alternative, pop…Or I could give a politicians answer for it: “there is no definite expression but only ever a perception of it” so you better go listen!!

Andrea, you’re also an experienced visual artist and entrepreneur – do you have a favourite medium for expressing yourself?

I don’t so much have a favourite medium, I do what I find relevant to my feelings at the time, I definitely use visual art and writing to hide behind as sometimes the reality is too painful. I’m working on a couple of multidisclipinary art projects at the moment. One is called ‘Minneapolis’ which tackles the twisted tale of my encounter with mid-America’s immigration system. The other project titled ‘Karl’s Salon’ explores the sexualization of women whilst taking female objectification to the extreme. In terms of writing, lots of the work is autobiographical, but with that you have to be careful that the track doesn’t become the minutes of a therapy session. It’s important to listen to people and intertwine their experiences and opinions. I also think humour is important to include, however dark it may be.

It gets said all the time and most artists don’t do it, but we never want to make the same song twice. We can’t bear watching gigs when every song sounds the same and you’re dying for it to end!! We also want to incorporate some video projections, perhaps using animation, but that’s work in progress right now.

Outside Number 10 at the celebration party when Jeremy Corbyn because PM.

Have you got any live shows coming up?

We’re playing some shows in Germany and The Netherlands towards the end of the year, as well as some London gigs.

Finally, what does the rest of 2017 have in store for All Flags Are Grey?

We will release an EP in ‘September’ so we’re just working on tracks for that as well as doing live shows. We’re also currently collaborating on music for an indie film which is to be released across some independent cinemas next year.