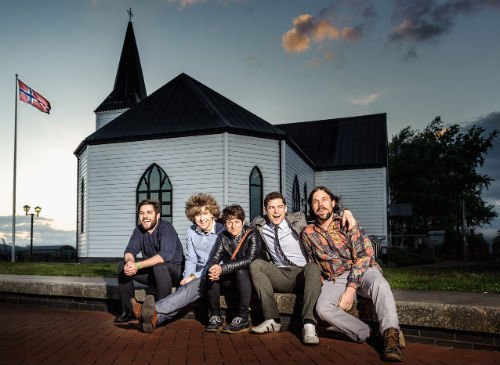 Cardiff-based four-piece Fjørds’ new single ‘Sulwyn’ (a Welsh name that means ‘bright as the sun’ and pronounced sill-win) is out now on Crookedman Records, so there was no better time for a Q&A with the band…

You’re from Wales but that doesn’t sound like a very Welsh name, what’s the story behind it?

Sonny – Well for some reason it was getting contentious, so I suggested we throw our ideas in a hat. The Fjord came out but we changed it to Fjords. At the time I liked how it symbolised a bit of peace….just an escapist name.

What’s the best thing about being a band from Wales?

Sonny – The people, they keep you down to earth.
Gareth – Music is in our blood!
Alex – The friendliness of the Welsh people, who are willing to accept a wandering English bass player with open arms. 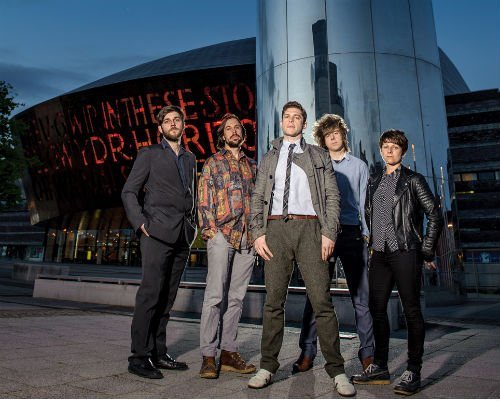 ‘Sulwyn’ is sounding great – when’s the single out and what’s it about?

Sonny – Its out now, I wrote the lyrics whilst visiting Brooklyn, NY. At the time I thought they were random but re-reading it I realised they were comments directed at myself….essentially I am Sulwyn….which is a Welsh name by the way.

What does the word ‘Sulwyn’ mean?

Bright as the sun in Welsh.

There have been quite a few 80s comparisons – are you 80s fans?

Sonny – Actually it was more the late 70’s…particularly Bowie….that inspired me. But as that time had such a massive impact on the 80’s we naturally get associated with that decade.

Hannah – Subconsciously I think it has, though it wasn’t intentional. We’ve all got a varied range of influences-

What actually influences you musically?

Sonny – At the moment each other…by that I mean other band members often suggest an act to try out, for instance Wild Beasts and Bombay Bicycle Club at the moment.

Hannah – Definitely music that I’m currently listening to, though that doesn’t just include current bands.

Alex – As individuals we’ve got quite different tastes I think. If you asked us all what our favourite bands are, no two of us would say the same thing. I think that’s what makes it interesting.

If you had three wishes for the band, what would they be?

Finally, tell us a funny story about a member of the band they wouldn’t want us to know!

Hannah – Scott posted his wallet in a post box with a load of letters recently, he got really stressed out about it, had to cancel all his cards…..then found it in his car the next morning!