Here is the first image of Sacha Baron Cohen in his Saddam Hussein-inspired costume for his new film, “The Dictator.” About a Hussein-like dictator who gets secretly replaced by a lookalike goat herder and now must find new meaning in a life in New York City, the film is inspired by “Zabibah and the King,” a book about a benevolent dictator that was revealed to be written by Hussein himself. 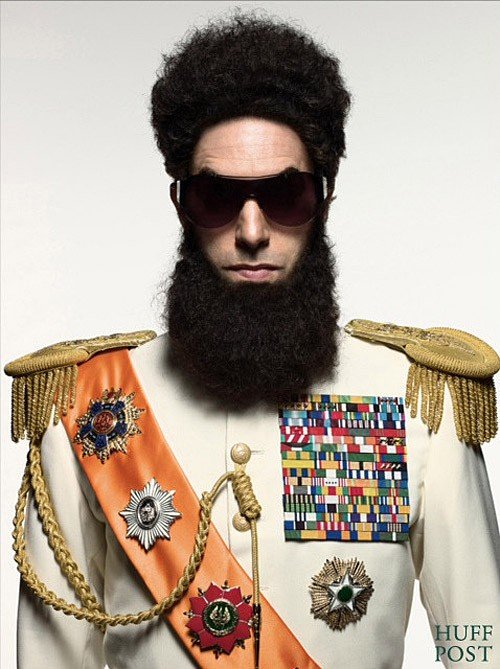 Baron Cohen will star as both the dictator and herder and Anna Faris will play the NYC organic store owner who opens his eyes to new possibilities.

Sacha Baron Cohen’s new comedy The Dictator will be released worldwide on May 11, 2012.

The film tells the heroic story of a dictator who risked his life to ensure that democracy would never come to the country he so lovingly oppressed. It is inspired by the best selling novel “Zabibah and The King” by Saddam Hussein.www.huffingtonpost.com