Fila has produced a short film using the brand’s ambassadors, Danny Dyer and Tamer Hassan aimed to attract cult fans of the actors and the brand as well as creating a buzz for a wider audience. The gangster style film, focuses on the new pre-distressed footwear style, Centre Court, and reveals the product within a clever twist in the final scenes.

Produced by Red Bee Media and directed by Marcus Jones, the short film was shot on location at famous East London haunt, The George Tavern, and surrounding gritty backstreets.

Centre Court, the first of a collection of trainers which have been aged carefully to replicate a perfectly loved and lived in trainer from the 80’s, are the focus for the plot in the film and Dyer and Hassan’s mission. 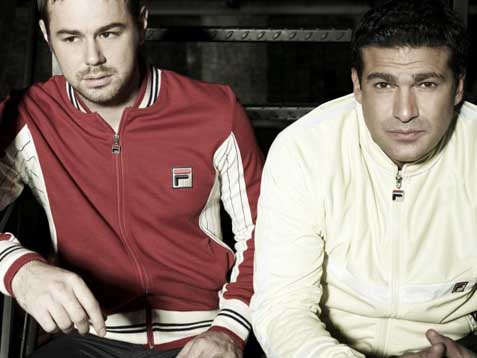 The tagline, Fila- We break them in for you Get the Look Without the Effort summarises the carefully scuffed and discoloured aesthetic of each trainer.

The viral film will also be entered into a variety of industry short film festivals. The film supports a key Vintage style within their most comprehensive collection to date and is a testament to Fila’s firm grasp on everything retro.
watch the video