Fiberglass – Liz Martin and Luca Thomas D’Agiout – describe their sound as: “A thick texture of ideas made out of thin, graceful, fragile elements that unexpectedly turn out being very strong…Dirty-clean guitars from the 90s join hands with vintage machines, electro drums and current synthesis, giving birth to a result that can be defined as retro alternative pop music.”

After been selected by Tricky for the contest “Perform with Tricky (Adrian Thaws)” with the track ‘Fireflies’ and with their impressive album ‘Hush’ (out now), its time to know more about the Italian duo…

Can you introduce your debut album HUSH?

Luca:
We feel maybe the current trend in the indie market is to reach for a certain “sound”. We wrote more of an old-fashioned record made of “songs” instead. We always pay attention to the melody, kinda like many alt-rock tunes from the past.

The nine tracks in the album are definitely influenced by the 80s and 90s music scene, but you could still figure them being aired on radio in 2013. We like to call it “retro alternative pop”. 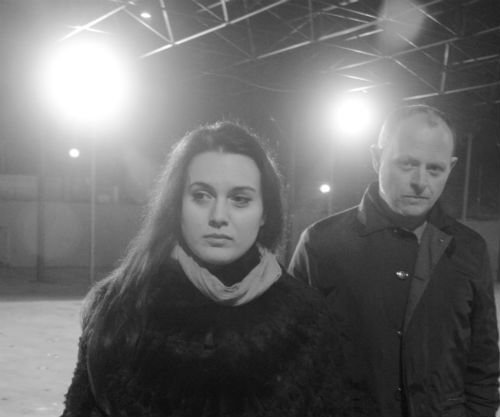 Why did you pick the name Fiberglass?

Liz:
Fiberglass is an interesting material. When we think of glass, we immediately picture something fragile and weak. It turns out you can make a texture as strong as steel with it.

So in our sound, our “texture”, we mix many different styles, some of them very light, like a recurring pop mood. You know, we like to think “pop” is not necessarily equal to “bad”.

Luca:
We have very different backgrounds, different artists who we get inspiration from, but we are pretty much alike when it comes to making music: we work very hard while keeping things fun.

Plus, even if we’re both writers and musicians, practically speaking we complement each other: I was looking for the right voice for my music and Liz needed somebody with some experience to collaborate with.

Were you surprised when you were selected by Tricky for the track ‘Fireflies’?

Luca:
Of course! You always do your best but cannot be sure to succeed. Our music is not too close to Tricky’s, so the result came a bit unexpected. 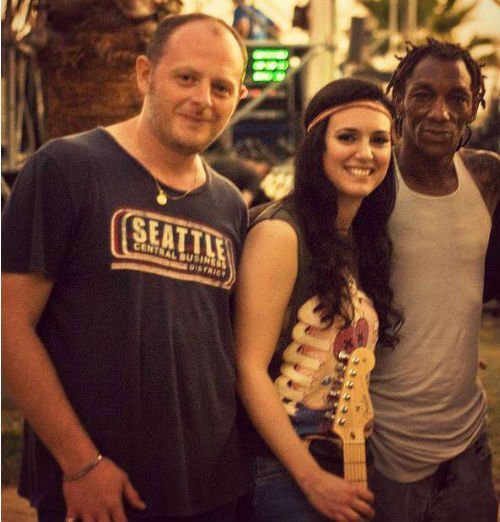 Liz:
We played at Neapolis Festival and thought it was awesome! We do not belong in exclusive, fancy cultural gatherings, we like to bring our music to as many people as possible and festivals are such a great opportunity to be heard by various listeners.

Not to mention the fact you meet other brilliant musicians you can share experience with. We are definitely looking forward to taking part in future festivals.

Who are your influences in the music business?

Liz:
They’re so many! I love Joy Division, Beatles, classic blues and I even played in a gipsy jazz trio… but I think the deepest influences come from some singer/songwriters of the 90s (Jeff Buckley, Tori Amos, Fiona Apple). Nowadays I really appreciate the work of Arcade Fire and Anna Calvi.

Luca:
We are both authentic music addicts, with a pretty much chaotic musical background. I grew up with the 80’s new wave (Depeche Mode, Tears for Fears, Joe Jackson), nineties rock (Radiohead, Alanis Morissette) and early 00’s rock. I also like lots of contemporary artists, like Goldfrapp, Digitalism, Groove Armada. 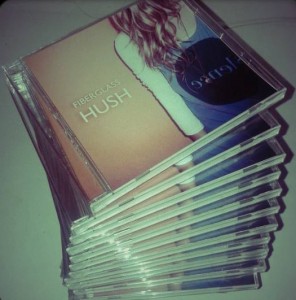 Luca:
The hardest part for everyone who’s involved in the music industry today is being heard and getting out of the noise floor. Today you succeed by winning one heart at a time, it’s kind of a one-to-one process with your fans.

We’re in a sort of pre-label scenario. It has pros and cons. We look at the goods, for example the chance to earn nice relationships with people who like our music.

Who has helped you the most getting to where you are today?

Liz:
All the people who believed in our qualities, both friends and people working in the industry, everyone who has seen something valuable in the way we think and play our music.

Luca:
First of all a good number of live shows, we simply love the idea to take our music on the road. We’re also working to our second album, but that will take some time, as usually is, although we already have a lot of good material sketched.

Buy the album “Hush” on iTunes