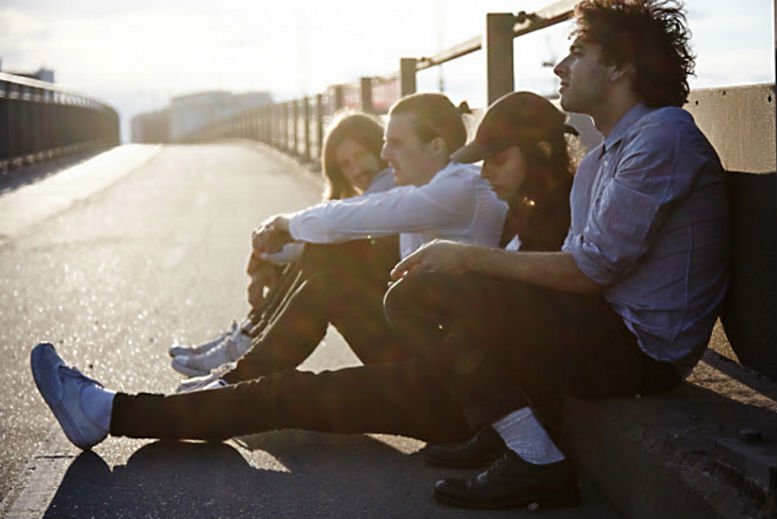 Swedish / US quartet FEWS, share ‘100 Goosebumps’, an inexorably life-affirming and reflective, “motorik noise-pop” number, taken from their debut album MEANS, which is released on Play It Again Sam on 20th May.

The stunningly fitting Alden Volney-directed video – featuring also new bassist Jay – it was filmed in a derelict and somewhat dilapidated old asylum in East London…”I really enjoy working with FEWS. A somewhat improvised affair” – Volney explains – “No script, no twist ending or overpopulated set, just the band and a raw energy to translate on screen in an eerily beautiful backdrop, there’s something about this that just feels right for their soulfully authentic music”

Speaking about the band, Play It Again Sam’s head and producer Dan Carey comments: “I was blown away when I first heard the demo of The Zoo, particularly at the point at which it first turns from major to minor.

The song did it in such a subtle and unusual way that I immediately decided I wanted to make a whole album with them… they have an incredibly open, glassy and clear sound, even when they are hitting it really hard. In my mind, this creates possibilities which aren’t there for most bands.”