A replica of the Ferrari 250GT Spyder California specially created for the 1986 Paramount hit film Ferris Bueller’s Day Off is to be sold at Bonhams Collectors Motor Cars and Automobilia auction at 11am on 19th April at the RAF Museum, Hendon. 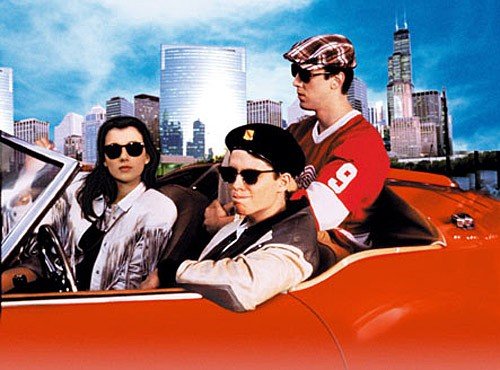 Only around one hundred genuine 250GT Spyder California’s were created by Ferrari between 1958 and 1963. Existing examples are very rare and expensive so Paramount chose to commission and build a replica for filming purposes.

The film, voted by readers of Total Film magazine the 23rd greatest comedy of all time, follows Ferris and two of his friends skipping high school for a day and borrowing the Spyder California from one of their fathers.

A young Matthew Broderick stars as Ferris who fakes illness to miss school, and convinces his girlfriend Sloane and his best friend Cameron to have a day of fun before they head off to their different colleges.

The Dean of the school doesn’t believe Ferris deception and also becomes embroiled in their adventures. The film, starring this iconic car, was a huge hit (grossing over $70million in the US) and Broderick was nominated for a Golden Globe Award. 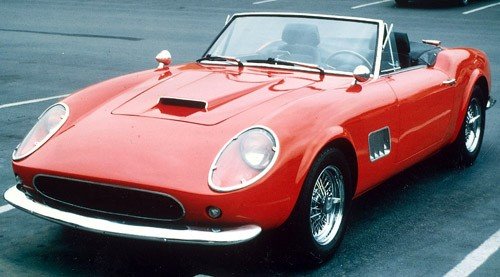 Styled by Pininfarina, the classic lines of the car combine elegance and aggression, and it ranks alongside the Lusso as the ultimate expression of the Ferrari 250GT family.

It was also a highly capable competition machine, as was demonstrated by Ginther/Hively winning their class at the Sebring 12 Hours in March 1958 on their way to finishing 9th overall, and Grossman/Tavano finishing 5th overall at Le Mans in June.

Tim Schofield, UK Head of Collectors Motorcars Department comments, As always we have a varied sale this year, with 60 cars and around 300 lots of automobilia catering for all tastes and pockets.
www.bonhams.com/cars