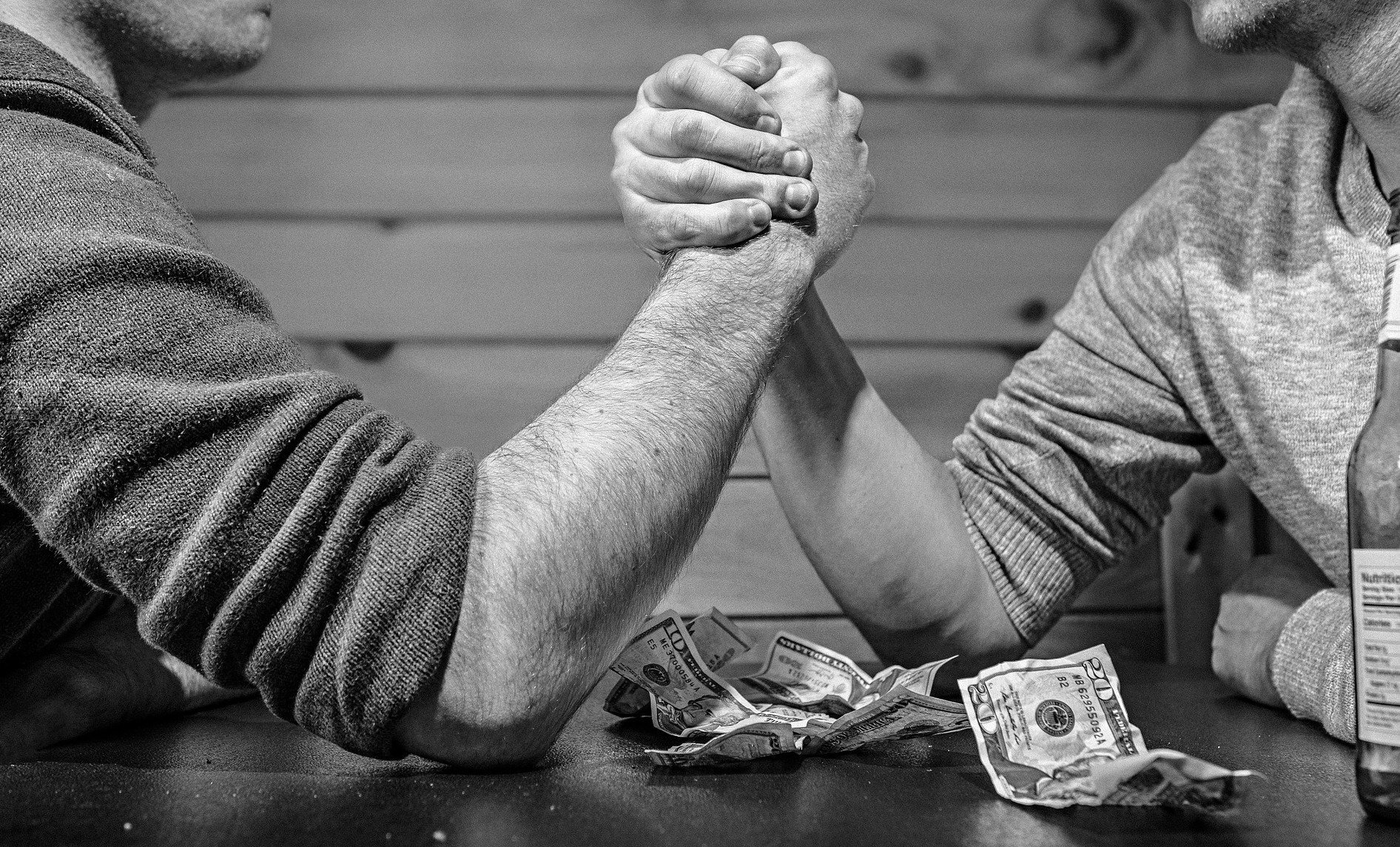 Even before written history, humans were making bets. These first throws of six-sided dice were likely forms of divination as well as game-play, but they were soon followed by full-on gambling houses that catered to lotto games and dominoes by the first millennium BC.

Card games came a bit later, but, as noted with the first forms of lotto and dominoes, such forms of recreation had stay-power. In the West, Greeks had the Olympics. Shortly after, Romans filled the Coliseum with gladiators, many of whom had dedicated fans. While today’s major league sports are noticeably tamer, the stadiums haven’t changed—and neither has the betting spirit.

Despite the waxing and waning of organized betting throughout European history, the pastime hasn’t disappeared. The modern casino was born in Venice, Italy in 1638, known as the Ridotto. However, it’s the British in particular who seem to have a penchant for betting… on anything.

In the 17th century, a Swiss Opera manager boasted he was the ugliest man in Britain. Lord Chesterfield of London disagreed, betting that he could find an uglier person. In the end, the Swiss Opera manager won when he caused his opponent to pass out from fright.

In 2006-07, gambling produced 84.2 billion pounds in the UK alone, with payouts to citizens around 9.9 billion pounds. But the British aren’t alone in engaging in hilarious wagers. Today, there are a myriad of outrageous bets taking place. Many of these are culturally specific, based on unique sports like pesäpallo in Finland or the ‘sport’ of cheese rolling in Britain.

But with the worth of online gambling expected to balloon to 94.4 billion dollars by 2024, it’s no surprise that many seasoned bettors discover new ‘sports’ when there are special offers for beginning a new account, adding wagers to a sport like pesäpallo alongside football and rugby. While these traditional sports bets may not produce the same novelty as, say, ferret bingo or wife-carrying, they are more consistently available and often include expert analysis.

There’s no consistent metric to gauge how quickly a competitor can roll a wheel of cheese down a hill to win a cheese-rolling tournament. Pesäpallo includes a bat and a ball and running, which would hint that it’s similar to baseball. Still, only bookies in Scandinavia could discuss odds on that pitch.

In ferret bingo, ferrets are placed before a maze of tunnels that each lead to a different outcome to be wagered on. But there are only two sure bets in this game: first, ferrets are adorable, and second, they bite. Next on the list of weird bets comes wife-carrying, which has recently been organized into a world-wide championship and, by default, become a legitimate sport. Because of this recent inauguration, series bookies have begun to offer odds for the annual competition.

Leagues of arm wrestling and rock-paper-scissor tournaments have also emerged in recent decades, combining athletic ability and lots of stare-downs. While both produce entertaining slow-motion replays, it’s a surprise that either sport sells out an arena—nonetheless includes a cash prize of $50,000, as is the case with rock-paper-scissors, or a $500,000 dollar prize for taking the title in the World Arm-wrestling League.

The final notable craze is to bet on when humans will discover alien life or, as Stephen Hawking may have put it, when alien life discovers us here on Earth. Despite many bookmakers using the ‘Drake Equation’ to establish odds for this bet, the accuracy of these findings is tough to determine, as is proving that alien life has made contact.

The Evolution of Strange Bets

In 2002, former NBA all-star Charles Barkley bet fellow show host Kenny Smith a kiss on his bare rear that Yao Ming of the Houston Rockets couldn’t score more than 19 points in a basketball game. Next game, Ming scored 20, and Smith called in the bet. Depending on your view of domesticated horses, Smith offered Barkley a pass when he sent in a donkey as his proxy to receive the owed kiss.

While an NBA all-star losing a public bet represents one of the most beloved aspects of gambling (like playfulness and a good laugh), the future of strange betting may not take the outrageous turn expected.

In Spring of 2019, out of a 46-billion-dollar marketplace for sports betting, Americans bet almost 9 billion dollars on college basketball games alone. Unlike their British counterparts, Americans tend to bet on sports leagues, spread across the NFL, NHL, NBA, and MLB rather than football leagues alone. And, following the recent Supreme Court decision to legalize online sports betting, the industry is in for a massive overhaul.

At least North America, the future of strange bets will revolve around sports. In particular, sports analytics are the bridge between major league franchises and online betting. Major league associations such as the NFL, NHL, and so on are ‘partnering’ with sports betting companies to provide them with accurate and live sports data for bettors to utilize. Currently, sports analysts rely on high-speed cameras placed throughout a stadium or arena to perform these tasks.

Cameras are expensive and difficult to manage, but placing a sensor inside of sports equipment allows a tiny mechanism to do the counting, tracking, and recording. Just imagine a baseball player swinging a bat, the available data streaming to a mobile device in a second’s time, and this affects an in-play bet. While not outright hilarious like wife-carrying, or as shocking as winning $50,000 in a rock-paper-scissors competition, the future of betting certainly seems to be taking a sci-fi twist.