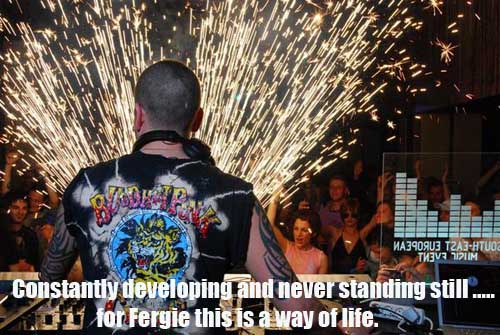 After a tremendous 2008 the now firmly re-established Fergie returns to Belfast in 2009 to unleash the results of some of the great projects Fergie has been concocting on his return to the top.

Re-focusing his energy into pushing clubland on three different levels, 2008/09 has been all about pushing new talent in the form of Excentric artists such as Henry Von, putting on Excentric events in renowned clubs such as The Custard Factory in Birmingham and releasing so much exciting new music via the Excentric label, which was described by Carl Cox as his label of the year.

A pretty good achievement for 28 year old Fergie, who we forget was just a lad when he began the amazing journey that is still riding high and he has never had a stronger and more vibrant aural identity. 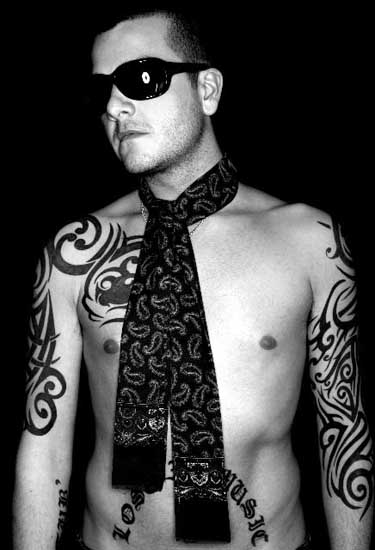 The producer of stunningly good techno that has seen the likes of Slam, Laurent Garnier and Dubfire smash floors all over with his tunes and the man whose Excentric project is making a real impact in clubland on three different levels; pushing new talent, putting on events and releasing exciting music.

Fergie is firing on all cylinders at the moment with his recently released THE ME EP on Excentric Muzik climbing high in the techno charts on Beatport. It’s gaining huge support from some of the industry’s most respected DJs, with across the board appeal to many techno exponents.

Add to this a collaboration with Gregor Tresher that spawned Recluse recently released on the on the Great Carnival Stuff album. A further Great Stuff Olympic album due to be released later this year will feature a track from each country with Fergie representing Ireland.

Re-mixes due out include Bigger than Jesus Itchy Glitchy Spider (Fergie rmx) on Silver Planet and King Unique Hinode (Fergie rmx) due out on their Curfew imprint.

His exclusive Excentric nights have been ripping up dance floors across the UK at venues that include Ice Factory bi monthly (Perth) The Custard Factory (B/Ham) and The THELKA (Bristol) not to mention 13 weeks in Ibiza and have been featuring guests such as Slam, Phil Kieran, Gregor Tresher, Anderson Noise, Tom Pooks, Silicone Soul, Funk D Void and Pyscatron as well as some exciting, fresh new talent from his own Excentric Artist Agency, Bigger than Jesus, Henry Von, Jus Phil, Dan Doran, JordanX and Ken the Men.

Today he is free to play how he wants and is not held back by perceptions and tags from the past and continues to be a global representative for electronic music by consistently breaking down underground barriers and bringing new music to the people, without compromise. He has never forgotten that it’s still just a rave, a place where people are trying to escape the realities of urban life each and every weekend.

A proven forward thinker, a trendsetter. Fergie has become a master of evolving his sound to keep one step ahead of the rest. Constantly developing and never standing still ….. for Fergie this is a way of life.
myspace.com/excentricfergie
SHINE PRESENTS AT THE STIFF KITTEN
FERGIE
PSYCATRON
SATURDAY 14TH MARCH
THE STIFF KITTEN
10PM/£10
TICKETS AVAILABLE FROM THE STIFF KITTEN BAR, ZAVVI
(FORMERLY VIRGIN) AND ONLINE FROM
thestiffkitten.com