Following their stellar show at OXEGEN, FEEDER have confirmed an intimate date at the MANDELA HALL on Friday 21st November 2008.
” We’ve always felt that we had more to achieve and, though I feel like every album is a new chapter in some way, I’m hoping this one can push us even further. I feel this album is a step towards that, and yet a step towards our roots in some ways too. I definitely believe we can achieve more and we really do believe in this record. 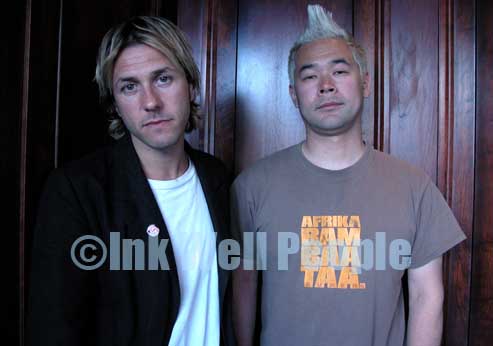 You can never guess how it will be received when other people hear it, but all I know is that we’ve made a record we’re very proud of.”
– Grant Nicholas

The first single from the album, “We Are the People”, was released on 9 June; Silent Cry, the album from which the song was taken, was released on June 16. An eight date club tour was played in late May, which previewed the new album. This tour sold out within six hours of the tickets going on general sale. “We Are the People” entered and peaked at #25 in the UK, while the album “Silent Cry” has entered the UK album charts at #8. It was very well received by the fan site FFS, saying it was the bands best album since Echo Park, and gave it 8.5/10.