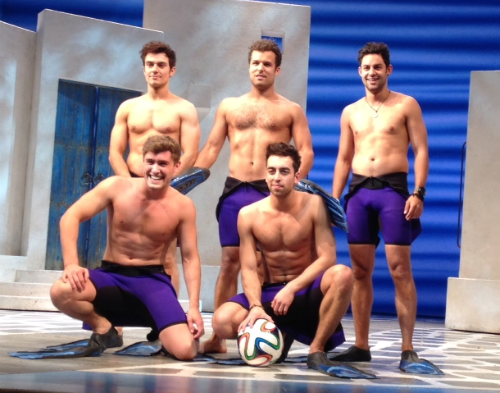 Wish the World Cup was all over? It is now…Theatre People has teamed up with a host of West End stars including the casts of The Commitments, Once, The 39 Steps, Mamma Mia! and Dirty Rotten Scoundrels stars Robert Lindsay and John Marquez to show that there’s more talent out there this summer than football…

When footy fever grips the nation from June through early July, those of us who find it a great big yawn can escape to Theatreland instead, where much more interesting players are giving it 110% on stage every night right through the tournament. With their special football-dodging deals on plays, comedies and musicals…If you’re fed up of football already, catch a show instead. 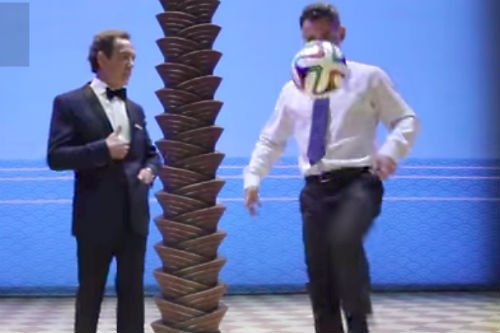 For more information and tickets for all of the top West End shows, click HERE

THE JERSEY BOYS LIVE: THE AUDIENCE SINGING ALONG IS ELECTRIC 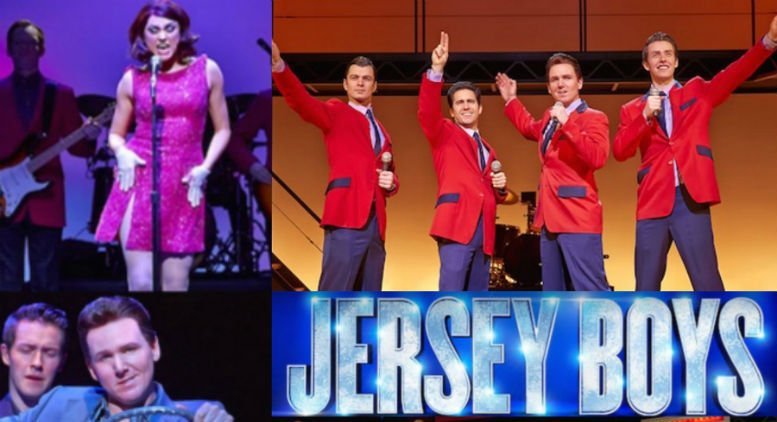 BRITAIN’S GOT TALENTS STARS INNOVA IN BELFAST CITY OF RHYTHMS SHOW
VERDI’S OPERA AIDA SET FOR BELFAST’S WATERFRONT HALL
NI STARS WELCOME DECISION TO PUT CONTROVERSIAL PLAY BACK ON
NI STARS REACT TO CANCELLATION OF THE BIBLE: THE COMPLETE WORD OF GOD (ABRIDGED)
“ONCE” THE MUSICAL IS THE FIRST THEATRICAL PRODUCTION TO PLAY A SPOTIFY SESSION
BELFAST THEATRE STAR RACHEL TUCKER TO TAKE A BREAK TO PURSUE DEBUT ALBUM
NIAMH PERRY RELEASES ALBUM IN 2014
I CAN’T SING! THE MUSICAL: “THE TRUE STORY BEHIND THE X FACTOR”
ZOE SALMON IN PANTO IN WOKING: “CINDERELLA IS THE BEST REASON TO BE MISSING XMAS AT HOME FOR”