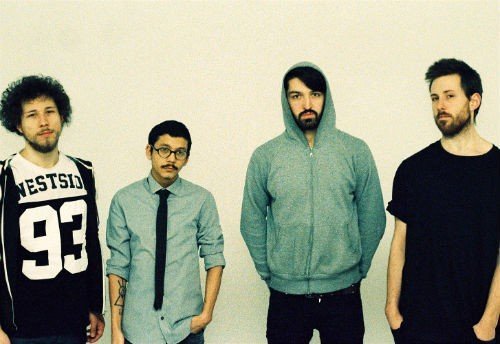 The video for ‘We’re Manicals!’ starts in a church and ends with a zombie-esque riot! It’s like a strange modern b-movie and the track is brilliant too. It’s taken from FUCK ART, LET’S DANCE!’s debut album ‘Atlas’ which is due for release on April 28th via Audiolith.

Good day everybody! We’re Damian, Nico, Romeo, and Tim. Together we are “FUCK ART, LET’S DANCE!”. We’re all from the hanseatic town of Hamburg in Germany.

How are you feeling about your debut album ‘Atlas’ coming out soon?

We’re very excited about our debut album coming out soon. Atlas has changed us over the time we’ve been working on it. We left our secure hometown and moved to another city to record this album. At times we struggled, we had no money, no real place to call home but we have emerged from these problems like the mythical creature the phoenix! Atlas is the journey through hopes and fears, finding your precious identity in a world that is cruel and robotic. 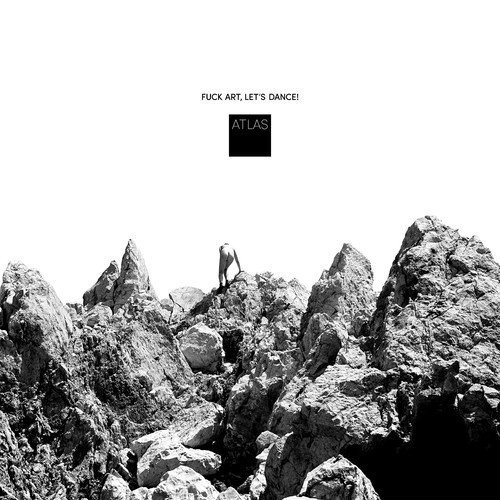 How important is it to remain DIY as a young band in 2014?

Being DIY is an important part of our band. We are our own masters. We can do as we please, when it comes to what kind of music we want to create or how we want to present ourselves to the audience. We’re not bound to any strict regulations so we have a clear view for the goals we have in mind as we progress as a band. On the other hand, we also have a lot to do on our own.

Tell us how you guys met?

We’ve first met in grade school when we were 6 years old. Damian, Romeo and I were in the same class together. Tim joined this group a couple of years later when we all went on to different schools. At times we’ve lost contact to one another, but we always returned to the same places somehow and always celebrated these reunions as if nothing had ever happened. At some point, when we finished school, we decided to form a band and stir up our local music scene.

Is it frustrating having to sing in English being a German band?

English is the language of the world. It’s just natural for a young band that tries to get an international foothold to sing in English. It’s a language that has been around me since I was born, even though my mother tongue is German. I actually do not like reading books, or watching movies in my native language. Personally, it’s harder for me to write or express my feelings when using German. English sounds more living and poetic to me.

It’s not frustrating to sing in English being part of a German band. There’s actually just one minor difference between the two. In Germany, people will first listen to your music and then attend to the lyrics. In English-speaking countries it’s the other way around. They know what you are talking about and can identify with it right from the beginning. But all in all it’s the atmosphere you create which is most important. 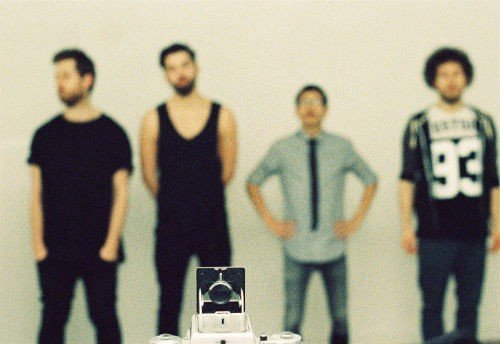 Which UK band would you love to support on tour?

We would love to support Foals on tour. Our performances on stage are hyperactive as well. We would do a battle of the bands with Foals. Who goes more crazy while playing their instrument. Winner takes all!

Dream tour – name which cities you’d like to hit?

Basically we want to play everywhere on this planet. But here goes:

Tour tipple – what are you all drinking?

The most consumed alcoholic beverage in our group is beer. We’re from Germany, there’s a lot of beer being produced around here. To get into a good state of drunkenness though we actually have to drink Whiskey. Whiskey is our favourite liquor. We also drink red wine, but only to chill out when having some friends over.

What are your spirit animals and why?

We’ve assigned ourselves animals which depict our personalities almost accurately.

The Brown Bear – Tim
He’s very impulsive. He will not wait around to tell you what great idea he has in mind right now. Creativity is very important. Also tends to be more aggressive than others at times. Comes in handy on stage, when he needs to play like an epileptic mad man.

The Koala Bear – Nico
Is able to entertain anyone who will ever meet him but this can also turn around 180 degrees. He then appears to be distant. This does not mean he is at all. Can be very emotional and sensitive but empathetic and caring too. Also likes to sleep ideally for 20 hours a day.

The Lion – Damian
Has a mane on top of his head. He will be running around the stage every single second slamming on his bass feeling the groove going. He’s very athletic, agile, quirky though a bit jumpy. He can also be very lazy.

The Owl – Romeo
Looks very majestic. He knows exactly what he’s going for and plans his moves even before going on stage. He will analyse everything that crosses his path while carefully thinking about how to solve a situation logically and rational. Is not good with guiding to a specific destination though.

Finally, tell us a band ‘secret’ you’ve never told anyone before!

Secrets are only secrets because they are never told to anyone ever. The only thing we can tell you is – “What happens on tour, stays on tour”.