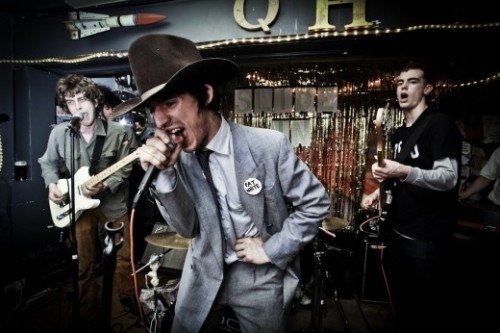 There are always going to be bands that grab our attention here at Fame over others. Sometimes it is through their talent, or perhaps via their actions. Often it is simply a case of us opting to showcase an acts material before the rest of the world get a hold of it and they are too busy to talk to us.

One band that have been able to do all of the above are London’s Fat White Family. This is a band with a crazy rock and roll attitude and we love them for it.

We caught up with the band to learn a little bit more about them and what their new album ‘Champagne Holocaust’ holds in store for us all.

So whats going on in the world of Fat White Family?

NOTHING BUT THE STRUGGLE.

How would you describe your music to someone yet to hear it?

What about your upcoming album ‘Champagne Holocaust’. What can we expect from it?

Expect 11 pieces of music exploring the concept of pain and the ridiculousness of rock and roll mythology. expect.

May we ask you how the band formed and where the band name came from?

The band name came from Saul, it references the utterly deplorable climax of the white western world, and of course The Manson Family. We came together through our mutual adoration of drinking. 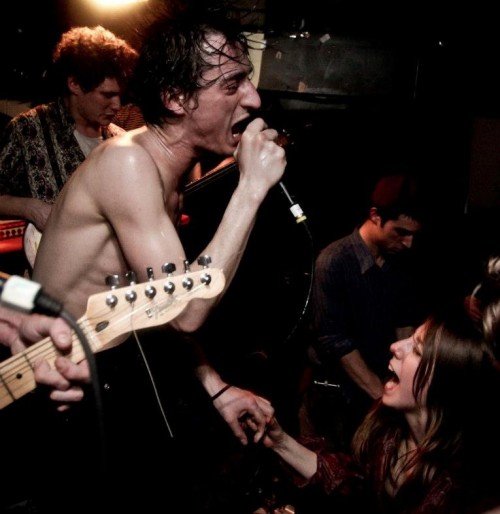 You all hail from London (Brixton & Peckham). Does London life inspire your work at all?

We don’t all hail from London, only 2 of the band are from London. the difficulties of trying to get by in London definitely inspired some of the songs on the record.

How do you go about creating a new track. Have you all your own part to play in proceedings?

Every track is created differently, there was no specific process, but we are trying to write our new album as a band, as a unit, as one entity, like water.

What about live performances. What does a live show by Fat White Family consist of?

Half an hour of the finest pleasure known to man or sonic rape depending on which way you lean, right, or left.

Speaking of live shows. Have you any tours/festival appearances lined up for the near future?

We would love to tour, but as of yet we haven’t been offered one. as for festivals, there are some possible dates but nothing we can confirm.
©FAMEMAGAZINE.co.uk