A leading discount fashion website today established a Pete Doherty Welfare Fund to help the troubled singer get back on his feet when he gets out of jail in late July. The get-out-of-jail gift is expected to be several thousand pounds. The cash will be presented to the Babyshambles frontman at the front gate of London’s Wormwood Scrubs Prison when he is first released.

“Pete’s incredibly talented and as a musician he brings a lot of joy to people’s lives,” Mr Passantino said.

“Yes, I’m a businessman but I’m also a huge fan who wants to see this gifted bloke given every chance to get back on his feet. I want to see Pete performing and writing new material for years to come. There’s no question there’s so much more he has to offer,” he said. 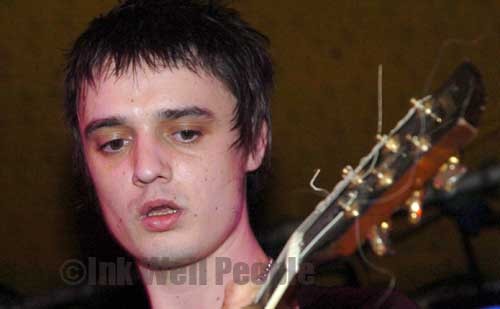 He added: “I’ll do what I can to help Pete leave the bad stuff behind him. Iâ€™ll give him a job, feed him, clothe him â€“ but I wonâ€™t wash him, thatâ€™s asking too much.”

The Pete Doherty Welfare Fund will be generated from a percentage of sales of stripey tops that will be heavily discounted for 14 weeks – the length of Pete’s prison sentence.

The stripey tops include some of the biggest brands in High Street fashion – Peter Werth, Bench and Religion.

Ten per cent of all sales will go towards the Pete Doherty Welfare fund and presented to the singer in cash along with some new designer jeans and stripey tops when he is first released.

lastseason.com is the UK’s leading discount website for brand and designer clothes. The website sources its stock directly from manufacturers and sells direct to the public with a minimum discount of 50 per cent across the entire range of stock.

Mr Passantino had earlier this year offered Pete Â£5000 for a one-day photo shoot, but negotiations broke down after Pete’s agent requested Â£30,000 as a starting price.