Ryan Dunn, the 34-year-old “Jackass” star, died in a fatal car crash on Sunday night in Pennsylvania, MTV News confirmed Monday (June 20). According to police, the accident occurred at 3 a.m. on Route 322 and New Street in West Goshen Township.

“We are devastated by the tragic loss of Ryan Dunn — a beloved member of the MTV family for more than a decade,” Van Toffler, president of MTV Networks Music/Film Group, said in a statement. “He made us all laugh and had the tireless enthusiastic approach to life of your favorite middle school friend. Our thoughts and deepest condolences are with Ryan’s family and friends. The Jackass brotherhood will never be the same.” 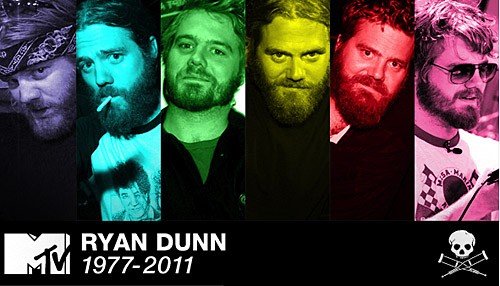